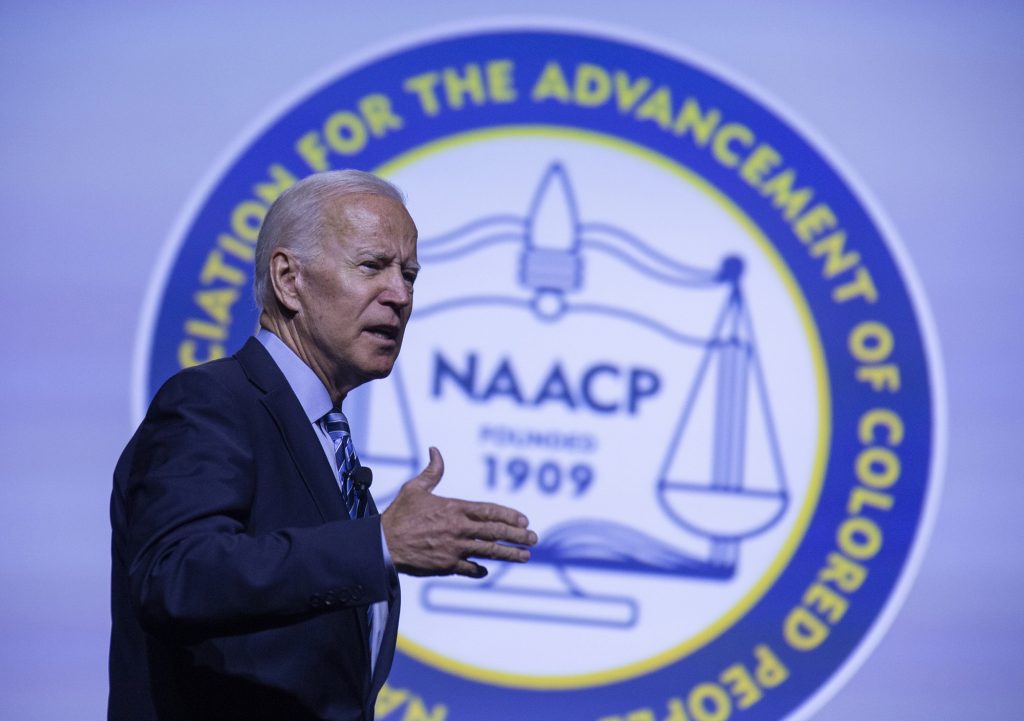 The Detroit debates offered the Democratic Party a chance to repair what was widely considered one of its fatal 2016 mistakes: taking for granted the white, non-college-educated workers who instead embraced Donald Trump’s promise to revitalize the Rust Belt.

The stakes couldn’t be higher in Michigan, a traditionally Democratic state Trump captured by a razor-thin margin. It arguably will entail boosting enthusiasm among the state’s many white working-class voters as well as blacks in inner-city Detroit.

But anyone expecting to hear a full-throated plan for helping auto workers and union members would have been disappointed in the two nights of debates.

The candidates spent more time on issues facing people of color, who feel ill-treated by the healthcare and criminal-justice systems or because they live in cities with poor schools and crumbling infrastructure. It was poisoned water in Flint, Mich., not laid-off General Motors Co. employees in Lordstown, Ohio, that got the most attention.

For Democrats, taking back Michigan may come down more to getting more people to the polls in Detroit, which is 83% black, and Flint, who reliably vote Democratic, than to flipping voters in white working-class suburbs. In those towns, Trump argued that his economic policies would save their jobs, including many union positions.

Hillary Clinton lost Michigan by less than 11,000 votes out of almost 4.8 million cast. In doing so she got 75,000 fewer votes in Wayne County, which includes Detroit and nearby towns, and 26,000 fewer in Genesee County, which includes Flint, than Barack Obama did in 2012. There are votes to be had if Democrats can bolster turnout. In a mostly white, working-class county like Macomb — a swing district and much studied as the birthplace of Reagan Democrats — Obama won with less than 52% of the vote. It’s always hotly contested.

Sen. Cory Booker of New Jersey reflected on 2016 during the second night of this week’s Democratic debates: “If the African American vote in this state had been like it was four years earlier, we would have won the state of Michigan.”

And author Marianne Williamson got applause when she said that residents of wealthy Grosse Pointe, Mich., would never have experienced poisoned water like Flint, just 75 miles away.

“I assure you, I lived in Grosse Pointe — what happened in Flint would not have happened in Grosse Pointe,” Williamson said. “This is part of the dark underbelly of American society. We need to say it like it is, it’s bigger than Flint — it’s all over this country, it’s particularly people of color.”

While that generated enthusiastic applause, there were only a few mentions during the debates of layoffs by GM, which undercut Trump’s economic message of shoring up U.S. manufacturing. Even the healthcare debate, which consumed the first segment each night, was a mixed bag for union industrial workers and white-collar Michiganders who have insurance coverage through their jobs.

In his opening remarks, Sen. Bernie Sanders pushed his Medicare-for-all plan, which would abolish private insurance plans funded by employers, with a message for those without care.

“Tonight in America, as we speak, 87 million Americans are uninsured or under-insured,” Sanders said. “But the healthcare industry made $100 billion in profits last year.”

Sen. Elizabeth Warren of Massachusetts was more inclusive in her healthcare pitch, but her plan still would replace coverage of employer-funded plans with a government-run system.

The closest most of the candidates got to reaching out to union workers was on the second night, when they were asked if they would join the Trans-Pacific Partnership, a trade deal with Pacific Rim countries excluding China. Trump removed the U.S. from the pact as one of his first acts in office.

Former Vice President Joe Biden said that he would join the TPP, but only an edited version. Unions hated the proposed trade deal, which they saw as a type of Asian NAFTA.

There were a few other mentions of auto jobs.

Former Housing Secretary Julian Castro took a swipe at GM, when he said a lot of Americans are hurting in Trump’s economy. “Just ask the people who were laid off by General Motors,” he said.

Sen. Kamala Harris of California said Trump has defrauded the working class with promises to bring back manufacturing. She said, without offering detail, that she expects hundreds of thousands of auto workers to be out of jobs by the end of the year, but didn’t explain how to help them.