Israel 300 Jews Daven at Kevarim of Elazar and Itamar
Israel 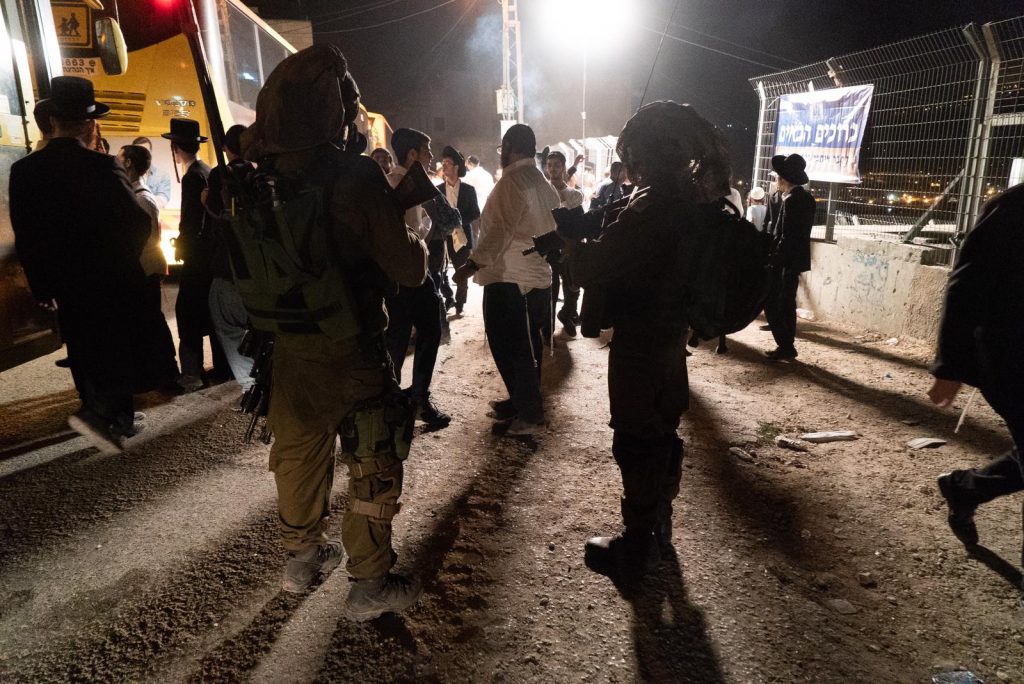 Some 300 Jews, accompanied by IDF soldiers, entered the village of Awarta, outside Shechem, on Wednesday night, in order to daven at the kevarim of several luminaries interred there – among them Elazar and Itamar, sons of Aharon Hakohen, and the shiv’im zekeinim who were the close confidants of Moshe Rabbeinu. No significant security events were reported, and visitors left the area safely after a netz Shacharis minyan.

The entry came on the eve of Rosh Chodesh Av, which is also the yahrtzeit of Aharon. Among the visitors were prominent Rabbanim and other figures, the administrators of the site said.

Overnight Thursday, security officials said they arrested five wanted security suspects in other areas in Yehudah and Shomron. The suspects were wanted for participating in rioting and throwing stones and firebombs that endangered Israeli civilians and IDF soldiers. Several of the suspects were also charged with belonging to Hamas. All were being questioned on their activities by security forces.