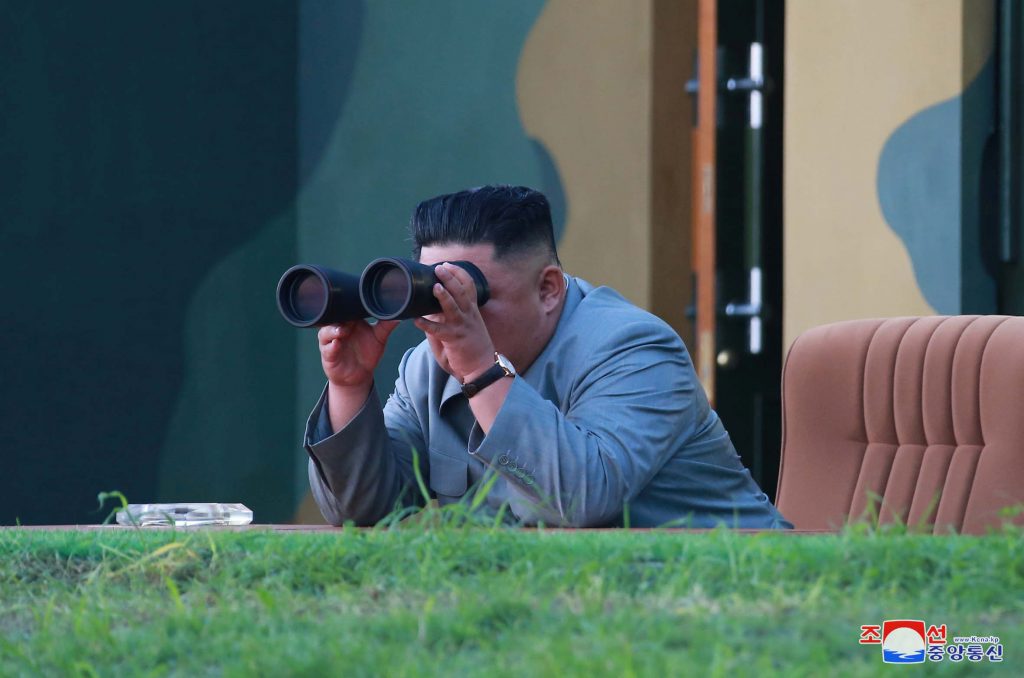 North Korea appears to have carried out a new projectile launch, two U.S. officials said on Thursday, adding that initial information indicated it was similar to previous tests carried out by Pyongyang.

One of the officials, speaking on the condition of anonymity, said the launch did not pose a threat to North America. The official said it was unclear how many projectiles had been launched.

President Trump played down the launches when asked about them at the White House just after news broke about the latest projectile launch. He told reporters he was not worried at they were short-range and “very standard.”

Earlier on Thursday and before the latest launch, a senior U.S. official said North Korea’s latest missile launches did not violate a pledge that North Korean leader Kim Jong Un made to Trump not to test long-range missiles and nuclear weapons.

The two leaders agreed at a June 30 meeting to revive stalled denuclearization talks, but efforts to resume the negotiations remain in doubt. Diplomats have crisscrossed the region this week in the hope of restarting the talks.

The North Korea launches have appeared intended to put pressure on South Korea and the United States to stop planned military exercises and offer other concessions, analysts said.

A summit between Trump and Kim in Vietnam in February collapsed after the two sides failed to reconcile differences between U.S. demands for North Korea’s complete denuclearization and North Korean demands for sanctions relief.