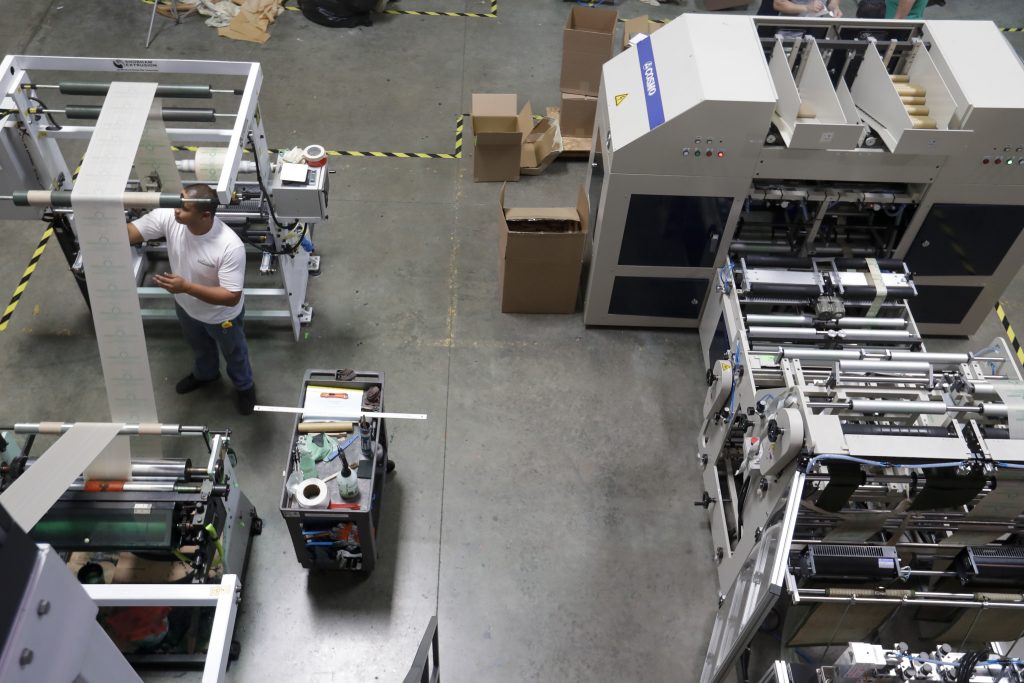 U.S. factory activity expanded at a slower rate in July for the fourth consecutive month as the Trump administration squares off with other countries on trade.

The Institute for Supply Management, an association of purchasing managers, said Thursday that its manufacturing index slipped to 51.2 last month from 51.7 in June. Any reading above 50 signals an expansion.

It was the 35th straight month of growth, though there are clear indications that the expansion is slowing as measures of production and employment fall.

Trade fights with China, Europe and Mexico and a stronger dollar have hurt U.S. exports and put American manufacturers on edge.

Respondents to the ISM survey are still expressing concern about tariffs despite an otherwise strong economic environment. “All aspects of business remain strong, but we’re starting to see the frictional effect of tariffs on exports,” a maker of plastic and rubber products responded.

U.S. and Chinese envoys wrapped up a 12th round of trade talks on Wednesday, aimed at ending a tariff war over trade and technology. While the White House called the talks “constructive,” there was no breakthrough and another round of talks is scheduled for September in Washington.

On Wednesday, the Federal Reserve announced that it would cut interest rates, partly to counter some of the damage done by tariffs.

Chairman Jerome Powell stressed that the Fed is worried about the consequences of President Trump’s trade war and that sluggishness in some sectors of the U.S. economy — including manufacturing — along with low inflation, justify the “insurance of a rate cut now.”

New orders ticked up slightly in July after a flat reading in June.

Inventories grew but are still in contraction territory, a sign manufacturers are concerned that demand could slow further. Prices also fell, another sign of sluggish demand.