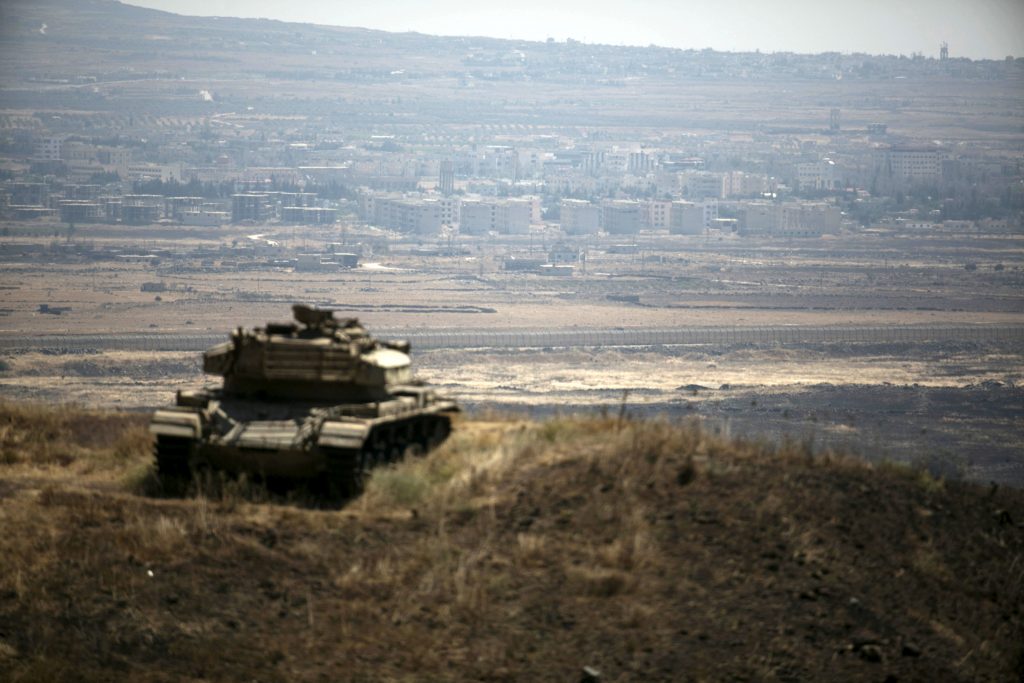 An Israeli missile hit a village in the Quneitra countryside in Syria’s southwest near the frontier between the two countries on Thursday, Syrian state media said.

State news agency SANA described it as “an Israeli attack” that caused only material damages.

During Syria’s eight-year war, Israel has carried out airstrikes in Syria which have targeted regional Iran and Tehran’s ally Hezbollah. Israel has accused Iran of trying to establish a permanent foothold on the Golan Heights by sending Shiite militias to fight in the Syrian civil war.

Last June, Israel attacked Syrian artillery and air defense units following the launch of two rockets on the Mt. Hermon in the northern part of the Golan Heights.

According to foreign reports, Israel has carried out multiple airstrikes against Iranian assets in Syria in an attempt to challenge its presence there. Prime Minister Binyamin Netanyahu has warned Iran that Israel would not tolerate any action that would result in Iranian forces being deployed along its northern border.