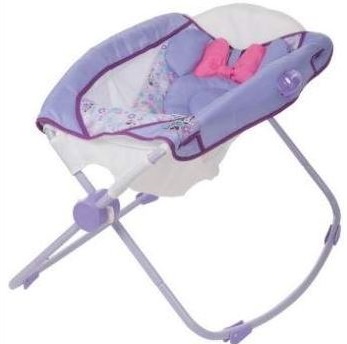 A third company on Wednesday recalled its inclined sleeper, joining two other manufacturers that also pulled their bassinetlike devices for babies from the market after a string of infant deaths and calls from lawmakers for the product to be banned.

The company said in an announcement from the Consumer Product Safety Commission that it was recalling its products because of concerns about infant deaths in other inclined sleepers. No deaths or injuries were reported in the Dorel devices, according to the company.

Dorel’s decision highlights a conundrum for manufacturers: Whether they should continue to sell a product that remains legal yet has been widely criticized for its association with infant deaths.

Several weeks ago, two other companies – Fisher-Price and Kids II – recalled their inclined sleepers, in conjunction with the CPSC.

Fisher-Price pulled its Rock ‘n Play inclined sleeper in April, after the CPSC said the product was associated with more than 30 infant deaths when babies turned over while unrestrained or under other circumstances. A Washington Post article in May detailed how Fisher-Price invented the inclined sleeper category based on faulty beliefs on infant sleep and without medical safety testing or input from a pediatrician.

That marked Fisher-Price’s full retreat from a product category that it had invented a decade earlier.

An inclined sleeper allows babies to sleep at an approximately 30-degree angle.

In June, federal lawmakers introduced bills calling for bans on all infant sleeping devices with an incline greater than 10 degrees. That would match regulations in countries such as Canada.

The American Academy of Pediatrics has said inclined sleepers violate its “safe sleep” guidelines that recommend babies sleep on their backs on flat surfaces in empty cribs or in bassinets. The guidelines are intended to avoid accidental suffocation deaths.

But the CPSC has not called for a ban on inclined sleepers. It has said it is no longer working on a voluntary safety standards for the product category, a potential prelude to a ban.

Dorel did not respond immediately to a request for comment Wednesday.

The number of deaths associated with inclined sleepers has grown since the first recall in April.

The CPSC has said it knows of at least 50 deaths tied to the products.