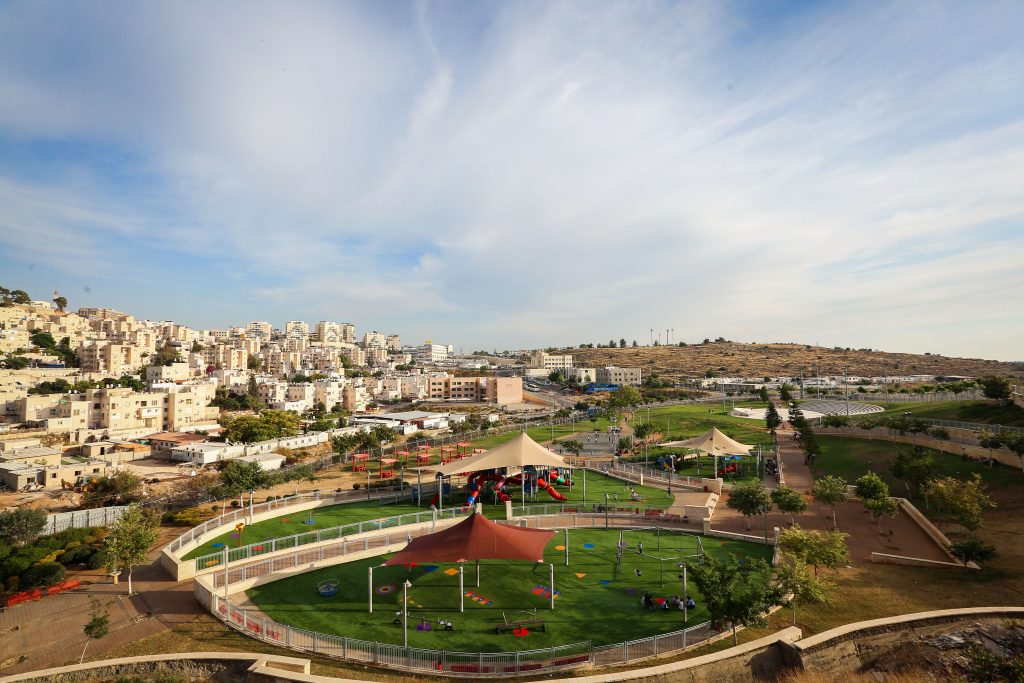 The average Israeli family has 3.3 children – but in Kiryat Sefer, that number jumps to 7.7, making the town the capital of family size in Israel. On the other hand, the smallest families were to be found in Kiryat Tivon and the Druze town of Ussfiya,where the average was 1.8 children. The figures came from a new report by the Central Bureau of Statistics on conditions in the local authorities and municipalities in Israel.

The numbers relate to the number of children 18 years and under living in their parents’ households in 2017, which is an indication of the average age of families. Modiin Illit (Kiryat Sefer) has many young families, while Kiryat Tivon is an aging community. Also older is the Arab community of Jisr a-Zarka, which had the highest death rate between 2013 and 2017, at 9.3 per thousand residents – nearly double the national average of 4.9 per thousand. The lowest death rate in the period was recorded in Modiin, where the rate was 3.2 per thousand.

Jisr a-Zarka, located south of Haifa, also set another unenviable record between 2014 and 2016 – as the town with the highest diabetes rate in Israel. There, 138.1 of every thousand residents suffers from diabetes, compared to the national average of 56.2. The best place to live in order to avoid diabetes is Binyamina-Givat Ada, where only 37.4 of every thousand residents were diabetic.