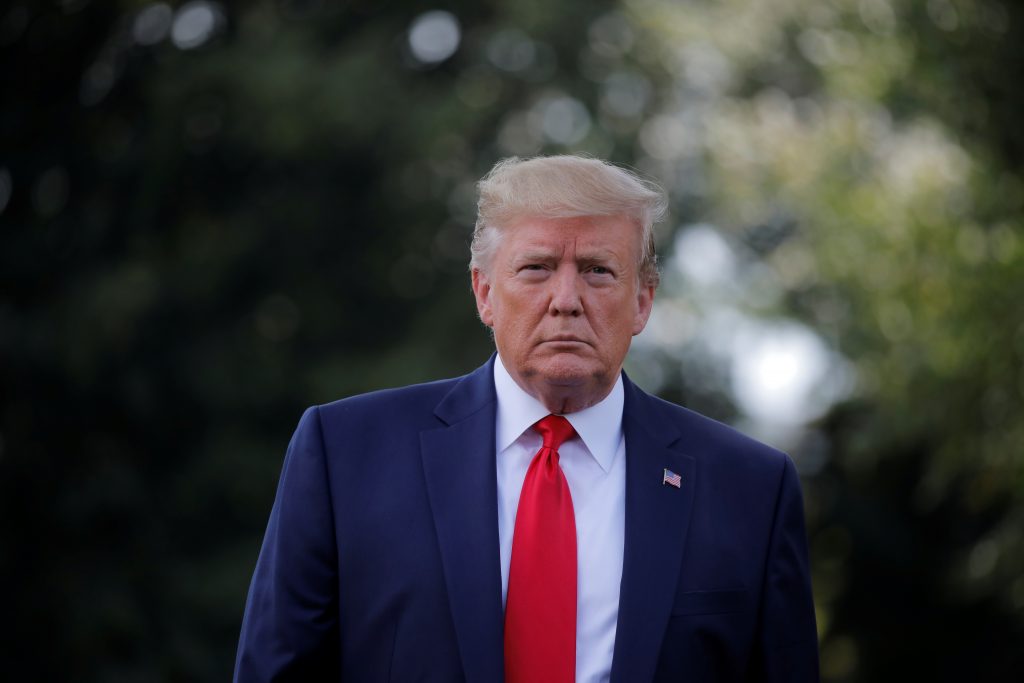 President Donald Trump’s move to shield his New York state tax returns from the House Ways and Means Committee got an early win Thursday as a federal judge accepted a state proposal not to hand over Trump’s returns while the court decides whether a lawsuit by the president should be heard by a judge in Washington or New York.

The action in Washington came after Trump sued as a private citizen to stop lawmakers from using a recently enacted New York law to obtain his state tax records.

While Trump’s attorneys said the committee has not yet requested the records, they had argued that without an emergency block “the President is in an intolerable situation: If he seeks relief after the Committee’s Chairman requests his state tax returns, the returns might be disclosed before he can be heard in court.”

At the same time, deciding his full case now “could force the Court to prematurely decide constitutional issues that might otherwise be avoided,” wrote the president’s team, led by William Consovoy.

U.S. District Judge Carl Nichols, the newest member of the federal district court in Washington, sympathized with the president’s argument in hearings this week and asked all parties to come up with a solution.

“Mr. Trump raised the concern that his claims could become ripe and then moot almost instantaneously and without notice to him or the Court, thereby depriving the Court of jurisdiction to decide his claims,” Nichols concluded in a four-page order implementing the proposal suggested by New York state officials.

Andrew Amer, special litigation counsel for New York Attorney General Letitia James, had proposed that state tax officials not turn over Trump’s records until seven days after Nichols decides whether the Trump lawsuit belonged before him in Washington, or if it should be heard before a federal judge in New York City or other judge in New York.

Amer argued for moving the case to New York, saying Trump’s lawsuit involves a New York state law and “alleges no events or omissions” in Washington by state officials.

“A New York court would be the more appropriate forum to adjudicate a constitutional challenge to a New York statute,” Amer wrote.

Nichols set a hearing for New York’s arguments on Aug. 29. He also ordered the state to notify the court if the committee requests Trump’s returns.

House General Counsel Douglas Letter urged Nichols to deny Trump’s requests and dismiss the House from the suit, saying the committee’s decision whether to use the new state law is “absolutely immune” from court review under the Constitution’s grant of legislative powers to Congress.

“The Supreme Court has repeatedly made clear that courts lack the power to do what Mr. Trump asks,” Letter wrote. Barring lawmakers from even requesting Trump’s state returns would appear to mark the first time any court overrode Congress’s freedom to conduct legislative work, even before lawmakers have taken any action.

“This is of particular concern where the injunction against a body of Congress would be issued at the behest of the President, raising glaring separation of powers concerns. This is precisely what the Framers of the Constitution wished to guard against,” Letter wrote.

Nichols’s decision came in a wave of litigation mounted over the president’s attempts to shield his personal finances from investigators, including congressional Democrats, state lawmakers and regulators.

New York lawmakers presented the new law as a means of empowering congressional oversight by unearthing details of the president’s past business dealings, his income and other personal financial information that he has refused to release via his federal tax returns.

Trump called the pursuit of his private financial information an attempt at political gain, and accused New York lawmakers of violating his First Amendment rights by trying to discriminate and retaliate against him “for his speech and politics.”

Treasury Secretary Steven Mnuchin in May denied a request by Neal’s panel for Trump’s federal returns, prompting a separate lawsuit by the House panel to enforce its subpoena.

In that suit, Neal’s committee alleged that it has not been able to carry out its duties “because the President has declined to follow the practice of every elected President since Richard Nixon of voluntarily disclosing their tax returns.”

The committee seeks six years of Trump’s tax returns as part of an investigation into the audit program at the Internal Revenue Service. The committee invoked its “unfettered access” to tax-return information to oversee the Treasury Department, the IRS and the nation’s tax laws under authority enacted after the Teapot Dome government corruption scandal in the 1920s.

U.S. District Judge Trevor N. McFadden of the District is hearing that case, and last week denied a request by Trump’s lawyers to hear both cases, deciding they were unrelated.

The New York-related case was randomly reassigned to Nichols, who was appointed to the federal bench in June by Trump.

McFadden, also a Trump appointee, cast doubt on the president’s new lawsuit, noting the committee has not made any request, and that the Constitution’s Speech or Debate clause generally bars courts from looking to lawmaker’s alleged motives in ruling on the legality of their actions.