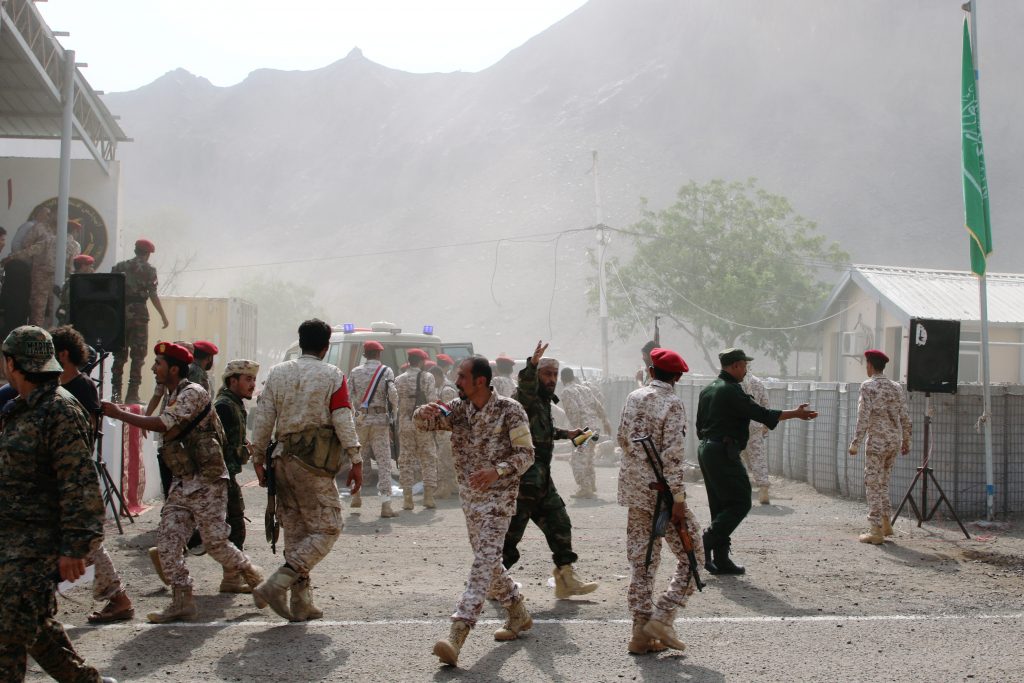 Yemen’s Iran-aligned Houthi movement said it launched missile and drone attacks on Thursday on a military parade in Aden, the seat of the Saudi-backed government, that killed more than 30 people according to medical and security sources.

A Reuters witness saw nine bodies on the ground after an explosion hit a military camp belonging to the Yemeni Security Belt forces backed by the United Arab Emirates, which is a member of the Saudi-led military coalition battling the Houthis.

The attack killed at least 32 people, a medical and a security source told Reuters. Medecins Sans Frontieres tweeted that tens of wounded were hospitalized.

Soldiers screamed and ran to lift the wounded and place them on trucks.

The Houthi’s official channel Al Masirah said the group had launched a medium-range ballistic missile and an armed drone at the parade, which it described as being staged in preparation for a military move against provinces held by the movement.

A pro-government military source and security sources said a commander, Brigadier General Muneer al-Yafee, a leading figure of the southern separatists, was among those killed.

“The blast occurred behind the stand where the ceremony was taking place at Al Jalaa military camp in Buraiqa district in Aden,” the Reuters witness said. “A group of soldiers were crying over a body believed to be of the commander.”

Yafee had just stepped off the stage to greet a guest when the explosion took place. Flags of the former South Yemen and those of leading coalition members were fluttering as the military band was waiting for its cue to start playing.

In a separate attack in another district of Aden on Thursday, an explosives-laden car blew up at a police station killing three soldiers, a security source said.

It was not clear if the incidents were related. Previous car attacks in Yemen have been carried out by Islamist terror groups like al-Qaida.