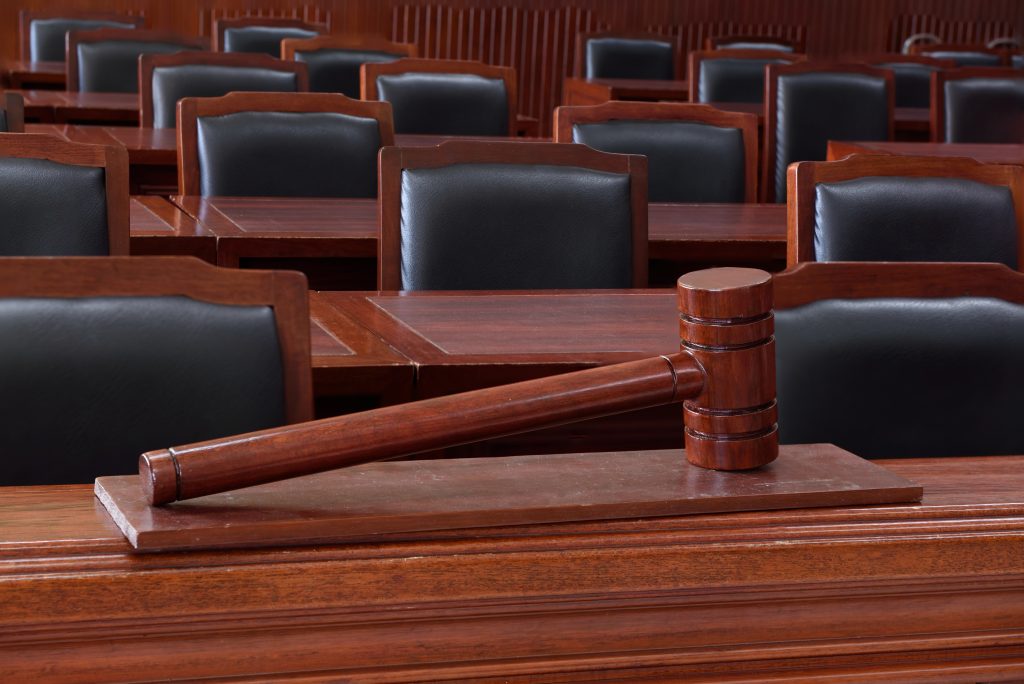 The president’s ability to nominate judges to lifetime appointments on the federal courts never came up during the two nights of debate this week involving the Democratic candidates.

Over those same two days, the Senate confirmed 13 of President Trump’s judicial nominees, giving Republicans a remarkable 144 judicial appointments since his inauguration, allowing him to reshape the courts and their decisions for decades, filling them with strong conservative jurists.

McConnell, R-Ky., most notably refused to fill a Supreme Court vacancy during the final year of President Barack Obama’s presidency, but he also stonewalled Obama’s lower bench appointments. And with a rule change in 2017, he sped up confirmations of Supreme Court nominees, requiring just a simple majority, clearing the way for Trump’s first high court nominee, Justice Neil Gorsuch. The push for confirmations continues.

McConnell briefly mentioned judges in remarks on Thursday as the Senate prepared to leave for its weeks-long summer recess.

“We’ve made a big dent in the backlog of President Trump’s well-qualified nominees for federal office,” McConnell said. A news release from Senate Republicans on Thursday listed “transforming the courts” as the first of several GOP accomplishments in this session.

The president often talks about his judicial success; he has appointed one out of every five judges on the appellate bench. The prospect of reshaping the courts energized GOP voters in 2016, and it stands as a powerful argument with core Republican voters for 2020. Yet the issue of the courts has barely attracted the same attention in the Democratic presidential race.

In the two rounds of debate, so far, the moderators have focused on health care, immigration and the candidates’ records, but the subject of judicial picks has not been broached.

Trump has now surpassed former Presidents Ronald Reagan, George H.W. Bush, George W. Bush and Obama in getting the most judges confirmed by the August recess of the third year in office, according to Russell Wheeler, a visiting fellow at the Brookings Institution and president of the nonpartisan think tank, the Governance Institute, which is focused on interbranch relations.

Trump is second only to former President Bill Clinton, who had secured confirmation of 161 judges by the same point.

“I’m very proud of the judges we’re confirming. We’re putting excellent federal judges on the bench who are committed to upholding the law,” said Sen. John Thune of South Dakota, the No. 2 Senate Republican.

The courts are involved in major decisions affecting every American, from health care to immigration to the environment, and nearly every Trump policy. With the GOP holding a 53-to-47 majority in the Senate, there is little Democrats can do to stop a long-term Republican stamp on the courts at all levels.

“I know that Senator McConnell made it very clear that he wants to politicize the courts. He wants to have a majority of judges who follow Republican orders,” said Sen. Patrick Leahy, D-Vt., a former chairman of the Senate Judiciary Committee and current member. “He is doing something that has never been done before: take our independent judiciary and turn it into an arm of the Republican Party.”

Still, Democrats have had some minor success in getting nominees that they favor confirmed. Among the judges installed on the district courts were four Obama-era holdovers, whose nominations had remained in limbo for years. Mary Rowland was confirmed to the U.S. District Court for the Northern District of Illinois with the support of the state’s Democratic senators, Richard J. Durbin and Tammy Duckworth.

But Republicans have gotten several controversial Trump appointees confirmed to the federal bench. Among them is Jeffrey Brown, nominated as a judge for the Southern District of Texas.

For the U.S. District Court for the Northern District of Texas, Trump nominated Brantley Starr, a deputy in the Texas Attorney General’s Office. Starr has defended Trump’s travel ban. He also was confirmed Wednesday.

Civil rights organizations opposed the nominations of Brown and Starr. Both were confirmed Wednesday.