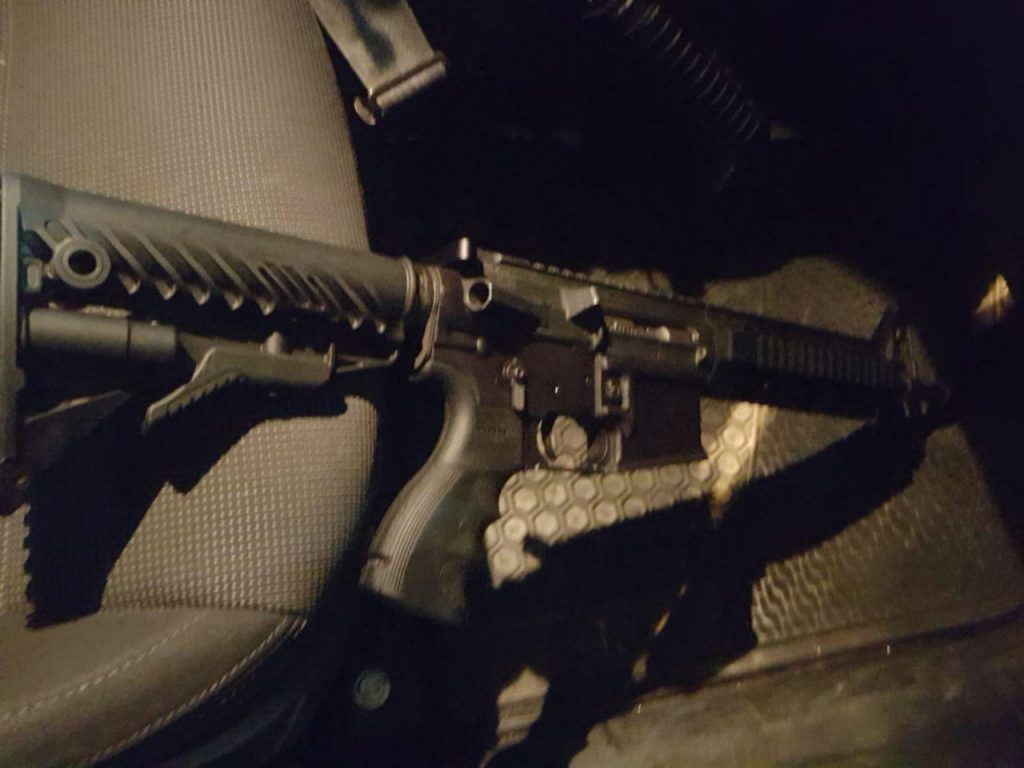 Police were forced to fend off a major riot in the Arab village of Zalafa Wednesday night as they attempted to seize illegal weapons. Police confiscated a significant weapons cache stored in a house in the village in the Wadi Ara area that included several M-16 rifles, handguns, ammunition, and other weapons.

Police arrested two individuals in connection with the case. As police were detaining them, a large crowd gathered around them and began rioting, throwing rocks and bricks, in an attempt to prevent the arrests. One of the officers sustained injuries, but using anti-riot methods, they were able to fend off the rioters. The two, ages 24 and 17, were brought in, and will be indicted for illegal weapons possession, rioting, and other charges. In a statement, security officials said that such weapons were used in terror attacks as well as for criminal activity, and that security forces were determined to seize all weapons that were being held illegally by all people, in order to better protect all Israelis and residents of Palestinian Authority-controlled areas, who are also under threat by terrorists and criminals.

Overnight Wednesday, security officials said they arrested 7 wanted security suspects in other areas in Yehudah and Shomron. The suspects were wanted for participating in rioting and throwing stones and firebombs that endangered Israeli civilians and IDF soldiers. Several of the suspects were also charged with belonging to Hamas. All were being questioned on their activities by security forces.