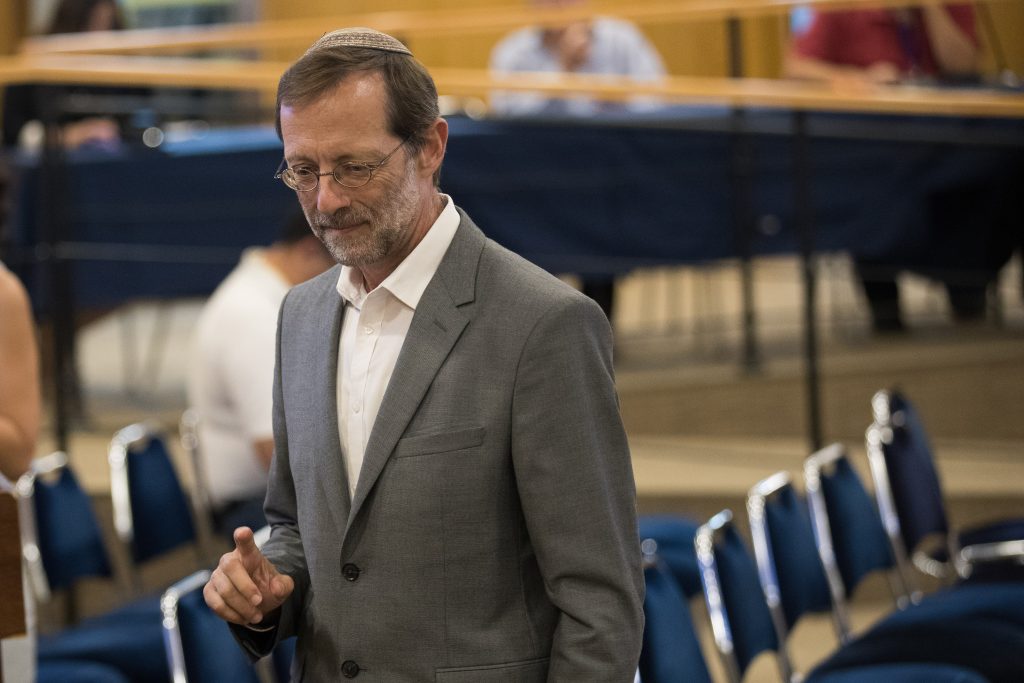 Despite a barrage of calls for a grand coalition of right-wing parties, Moshe Feiglin’s Zehut party went its own way on Wednesday, submitting its electoral list unallied to anyone else.

Contacts with the New Right, United Right and Otzma Yehudit failed to produce the desired meeting of minds, and the concern is that running for the Knesset alone Zehut will fail, as it did in the April elections, to clear the threshold, thus wasting thousands of right-wing votes.

However, Feiglin expressed optimism about Zehut’s chances in the September vote, and promising that if it clears the 3.4 percent electoral threshold, it will recommend “whoever is chosen to lead the national camp” as prime minister.

Feiglin’s decision came after the far-right Otzma Yehudit and Noam parties announced Wednesday morning they had reached an agreement for a joint election run.

According to a Channel 12 poll aired Tuesday, Otzma Yehudit and Noam would receive 1.2 percent and 0.3, respectively, of the vote, which combined would fall well short of the 3.25 percent needed to enter the Knesset.

While the survey predicted Zehut would get only 1.4 percent of the vote, a Channel 13 poll last week predicted the party would clear the threshold and have four seats in the Knesset and a say in who the next prime minister will be.

“There is real danger to the right-wing government because there are no unions. If there is no way to bring in Feiglin and Ben Gvir [of Otzmah Yehudit], it will probably be the end of right-wing rule,” sources quoted Netanyahu as saying.

Meanwhile, with the deadline for filing electoral lists not until Thursday, some hope was still held out that Otzma Yehudit and Noam could be persuaded to join the United Right before they submit their list.

To that end, they have upgraded their offer of the 8th and 16th spots on the joint ticket to the 8th and 13th slots, according to Arutz Sheva.

With polls showing the right wing alliance now led by former Justice Minister Ayelet Shaked would win between 12 and 14 seats, that would give Otzma a realistic chance of two MKs in September.