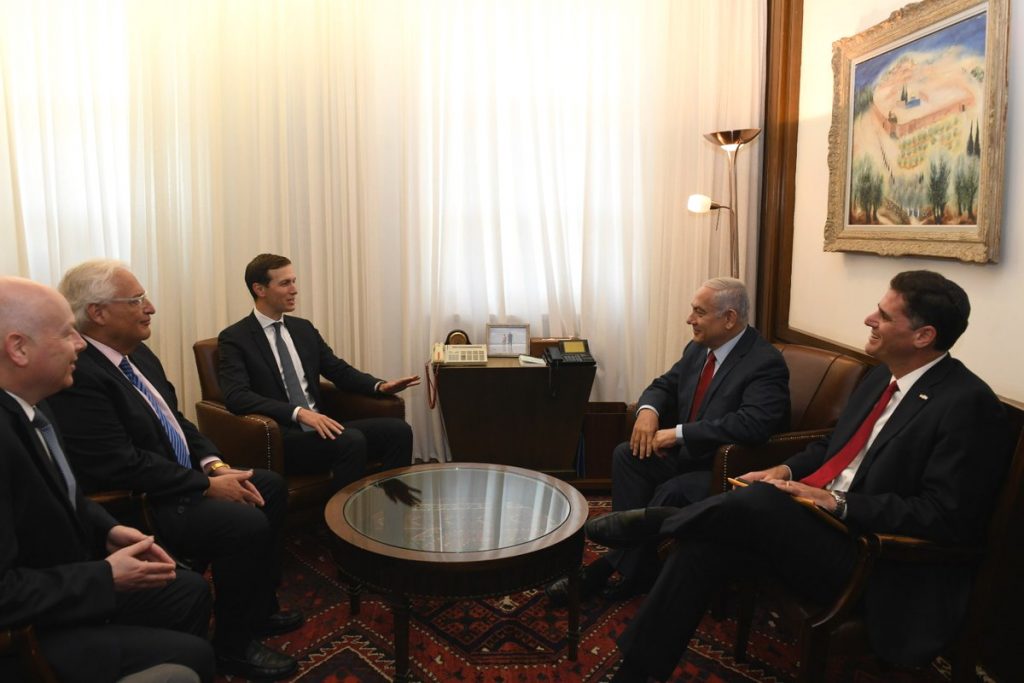 Earlier in the day, the Americans met with Jordan’s King Abdullah II in Amman, where he reiterated his view that an Israeli-Palestinian peace must be based on a two-state solution.