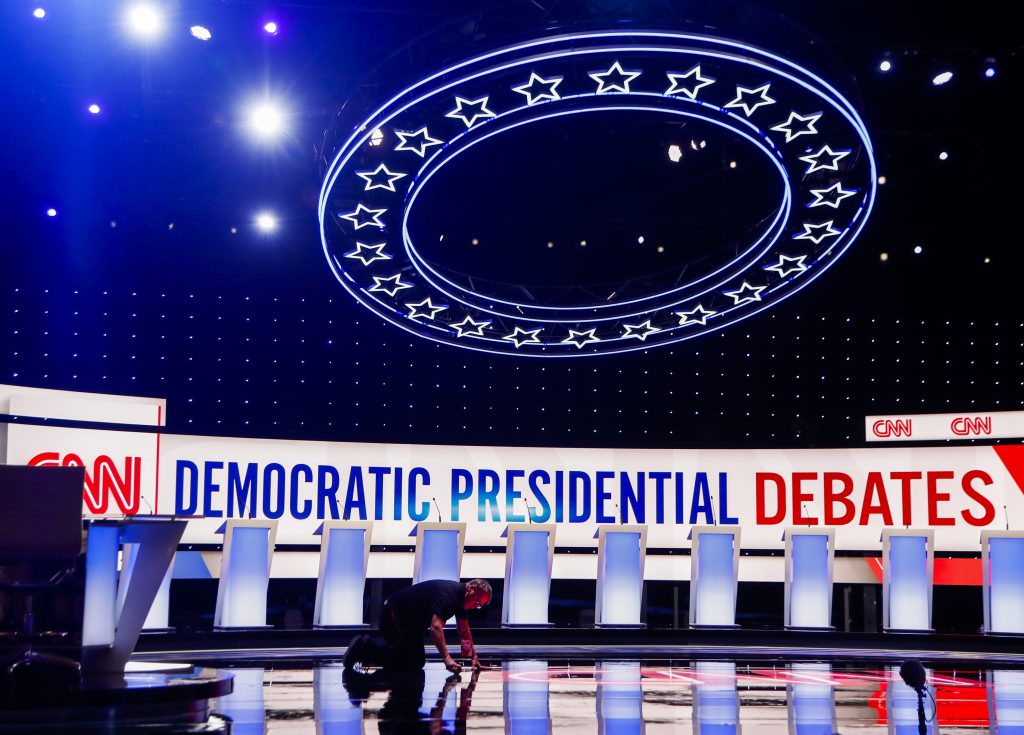 Democratic presidential front-runner Joe Biden and rival Kamala Harris will stage a rematch of last month’s explosive debate confrontation during Round 2 on Wednesday, with a re-energized Biden promising a more aggressive approach.

On the second of back-to-back nights of Democratic debates, Biden will be flanked at center stage by Harris and Cory Booker, senators who are the most prominent black contenders in a Democratic nominating contest in which race has played a prominent role.

Seven other candidates, including former Housing Secretary Julian Castro, Washington Governor Jay Inslee and U.S. Senator Kirsten Gillibrand, will join them on stage in Detroit in search of a breakout moment that will generate new momentum for their campaigns.

The crowded field of about two dozen candidates has been vying for attention and financial support in the Democratic race to pick a challenger to Republican President Donald Trump in the November 2020 election.

Biden did not figure prominently on the first night of the debate but is likely to be the focus of the second.

The former vice president has engaged for weeks in an escalating fight with Harris and Booker for the support of black voters, a vital constituency in the Democratic nominating battle.

Biden admitted he was taken by surprise last month when Harris criticized him for opposing federally mandated busing for school integration in the 1970s and for working with segregationists while serving in the Senate decades ago.

The sharp attack gave Harris a bump in the polls, and Biden’s feeble response led to a dip in his standing. He has recovered in some recent polls and still maintains a firm grip on first place, helped by strong support from black voters.

Booker, who was not on stage with Biden at the last debate, has stepped up his attacks. He called Biden “the architect of mass incarceration” during the NAACP convention in Detroit last week, a reference to Biden’s work as a senator on the 1994 crime bill, which critics say led to the disproportionate imprisonment of African-American men.

Biden and his campaign fired back, sharply criticizing Booker’s tenure as mayor of Newark, New Jersey, where he led a police department that became embroiled in a federal civil rights investigation.

Biden has also taken swipes at Harris, calling her promise she could institute her version of a Medicare for All health insurance plan without a middle-class tax hike “a fantasy world.”

The debate lineup will create a stark visual contrast between Biden, a white 76-year-old, and his younger rivals Harris, 54, and Booker, 50, potentially making Biden look out of step in a party increasingly driven by the grassroots energy of younger and more diverse activists.

Biden, who could face intensifying questions about his age and front-runner status with another poor debate performance, promises to take the fight to Harris and Booker this time.

“I got a past I’m proud of. They got a past that’s not quite so good,” said Biden, who refers frequently to his eight years as No. 2 to the first black president, Barack Obama.

The debates come about six months before Iowa holds the first nominating contest, and the two nights in Detroit could be the last chance for many of the lower-tier contenders to make an appearance on the national debate stage.

The Democratic National Committee will double its fundraising and polling requirements to qualify for the next debates in September and October, leaving out more candidates and raising questions about their ability to continue their campaigns. So far, only about a third of the field has met the qualifications.

Castro, who also served as mayor of San Antonio, got a slight bump in polls and fundraising after an aggressive performance in the first debate. He will be under pressure to do it again if he hopes to claw into the upper tier.

Gillibrand, Inslee and the other participants on Wednesday will simply be on a desperate quest to get recognized.