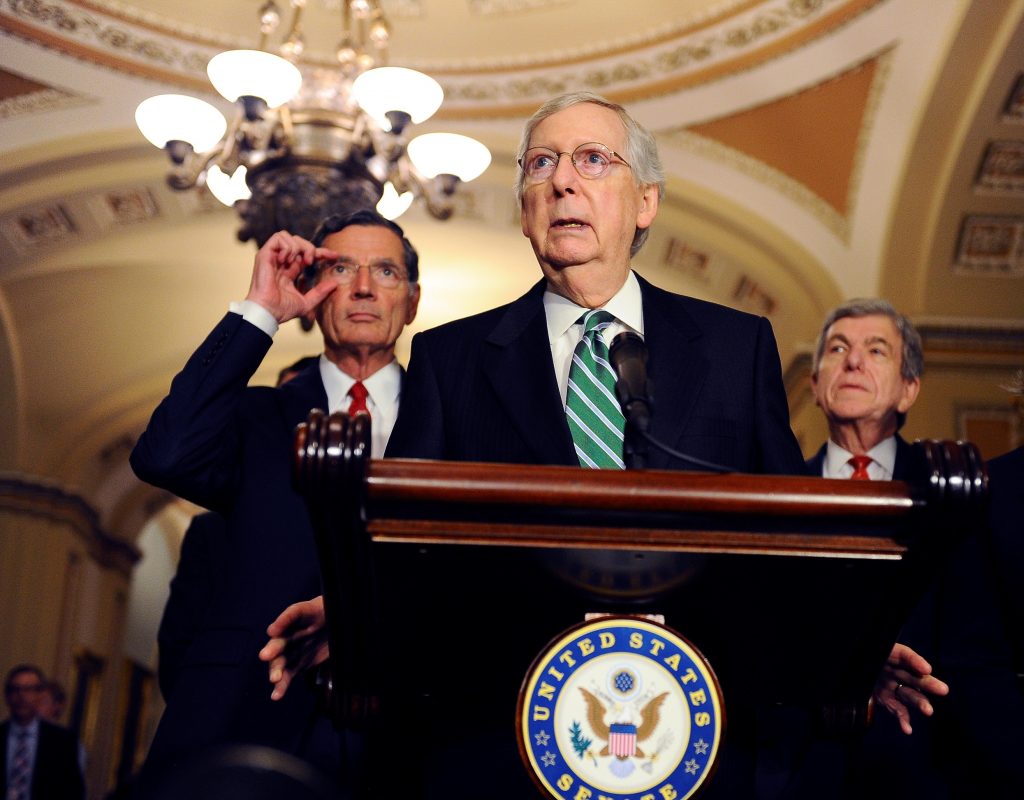 U.S. Senate Republican leaders, pushing for passage of a two-year federal spending and debt deal, scrambled on Tuesday to pump up support among their membership despite President Donald Trump’s backing.

Senate Majority Leader Mitch McConnell said a planned long summer recess would not begin at week’s end without the approval of a budget deal suspending the U.S. debt limit through July 2021 and adding billions of dollars in deficit-spending.

The measure passed the Democratic-controlled House of Representatives last week with tepid Republican support, despite Trump’s having appealed on Twitter for the support of fellow Republicans.

McConnell and fellow Senate leaders clambered for the support of more Republican senators to avoid the embarrassment of a weak showing after Trump went out on a limb to cut the deal with congressional leaders, Senate Republican aides said.

“Here we are, $22 trillion in debt, trillion-dollar deficits and we’ve got this abomination coming across — it’s sad,” Republican freshman Senator Mike Braun said in a statement.

In hallway interviews on Tuesday, some Republican senators forcefully said they would vote against the bill allowing Washington to spend $2.75 trillion over the next two years on a range of federal activities.

“We’re not making progress on debt and have no plan for it,” complained Republican Senator James Lankford.

“I’m a no,” said another Republican freshman, Senator Josh Hawley.

Amid conservative grousing, Democrats are quick to note that Republicans have been solidly behind rising military outlays and voted in 2017 for tax cuts that could end up costing the government close to $2 trillion in lost revenues over a decade.

A weak Republican showing would not be well received by the White House, aides said.

Republican Senator Mike Rounds appealed to his fellow conservatives to get behind the deal.

During an interview last week with South Dakota radio station WNAX, Rounds said, “Which part of the defense budget do our conservative friends want to cut and which part of the payments that we’re making to our veterans for their care do they want to cut” if the legislation fails?