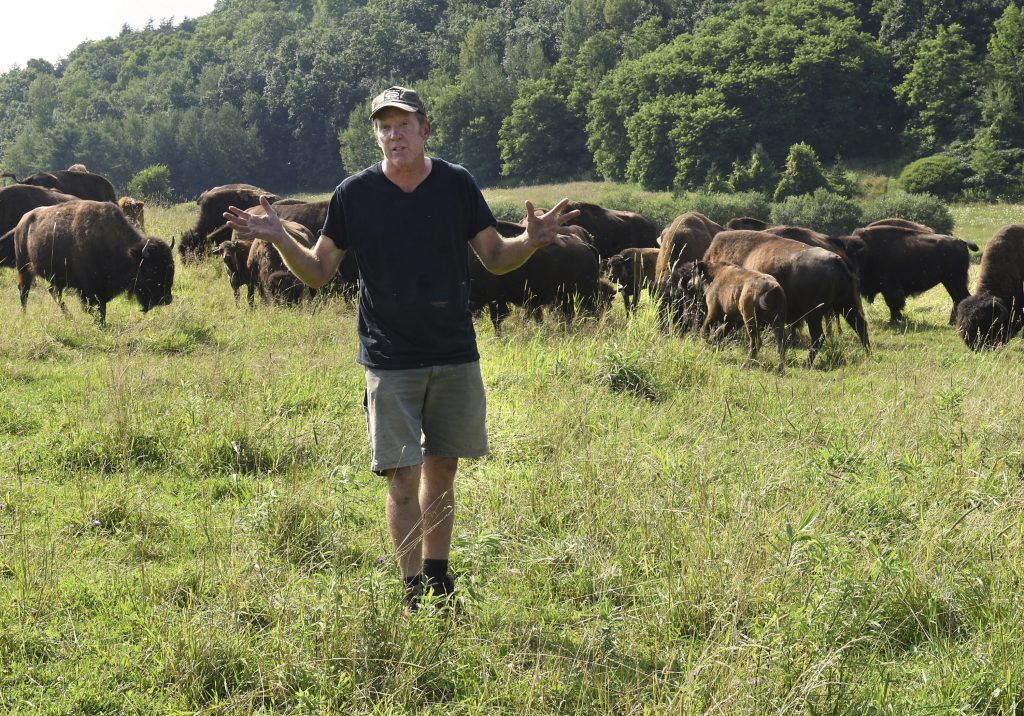 An escaped herd of bison is roaming free in rural upstate New York, grazing in hay fields as the owner works with state police and the Department of Environmental Conservation on a roundup plan.

State police say Monday that about 75 bison escaped last week from a farm in Sharon Springs, 45 miles west of Albany. Police are asking anyone who spots them to call troopers or Brian Grubb, owner of the animals.

The bison aren’t considered a danger to the public in the region of farms and state forest land. But police say people shouldn’t approach the animals because they’re unpredictable.

Police learned of the Sharon Springs escape when a farmer in neighboring Roseboom reported on Thursday they had damaged his hay crop.