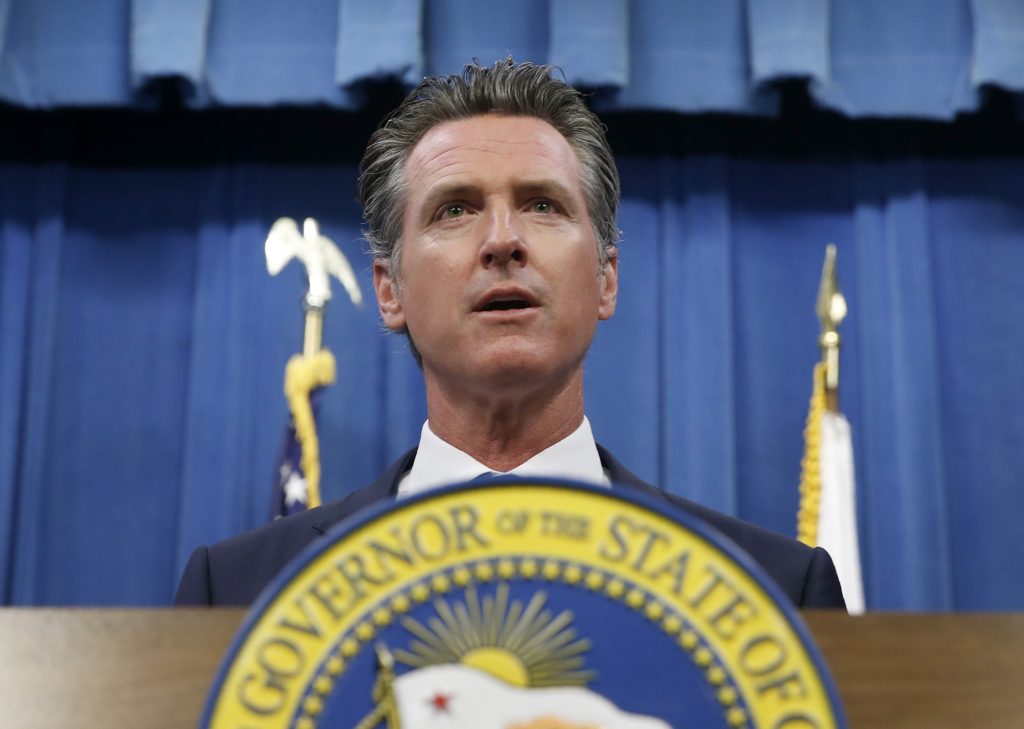 But even if the law withstands a likely legal challenge, President Trump could avoid the requirements by choosing not to compete in California’s primary. With no credible GOP challenger at this point, he likely won’t need California’s delegates to win the Republican nomination.

“As one of the largest economies in the world and home to one in nine Americans eligible to vote, California has a special responsibility to require this information of presidential and gubernatorial candidates,” Democratic Gov. Gavin Newsom wrote in his veto message to the state Legislature. “These are extraordinary times and states have a legal and moral duty to do everything in their power to ensure leaders seeking the highest offices meet minimal standards, and to restore public confidence.”

New York has passed a law giving congressional committees access to Trump’s state tax returns. But efforts to pry loose his tax returns have floundered in other states. California’s first attempt to do so failed in 2017 when then-Gov. Jerry Brown, a Democrat, vetoed the law, raising questions about its constitutionality and where it would lead next.

“Today we require tax returns, but what would be next?” he wrote in his veto message. “Five years of health records? A certified birth certificate? High school report cards? And will these requirements vary depending on which political party is in power?”

While the law is aimed at Trump, it would apply to all presidential contenders and candidates for governor.

The major Democratic 2020 contenders have already released tax returns for roughly the past decade. Trump has bucked decades of precedent by refusing to release his. Tax returns show income, charitable giving and business dealings, all of which Democratic state lawmakers say voters are entitled to know about.

Candidates will be required to submit tax returns for the most recent five years to California’s Secretary of State at least 98 days before the primary. They will then be posed online for the public to view, with certain personal information redacted.

California is holding next year’s primary on March 3, known as Super Tuesday, because of the high number of states with nominating contests that day.

Democratic Sen. Mike McGuire of Healdsburg said it would be “inconsistent” with past practice for Trump to forego the primary ballot and “ignore the most popular and vote-rich state in the nation.”

McGuire said his bill only applies to the primary election because the state Legislature does not control general election ballot access per the state Constitution.