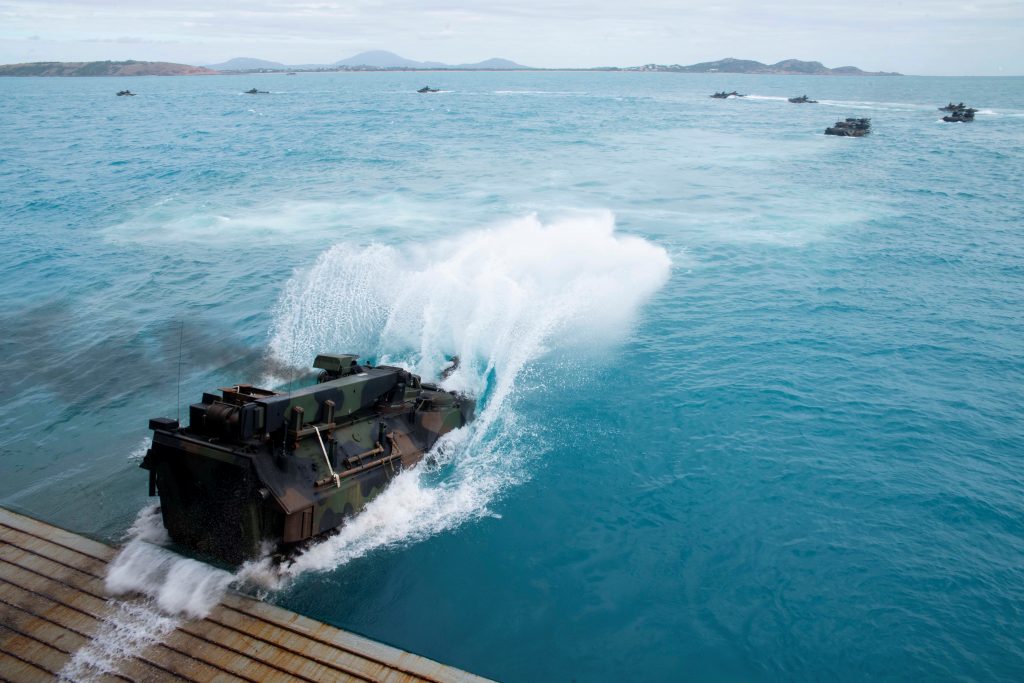 The United States is planning to build additional military infrastructure in Australia once Congress gives approval to the U.S. Navy for $211.5 million, Australian Foreign Minister Marise Payne said on Tuesday.

The plans for a bigger U.S. footprint in Australia come at a time when the Western allies have become increasingly concerned by China’s efforts to expand its influence in the Pacific.

“The development of facilities will support the Force Posture Initiatives,” Payne told Sky News, referring to agreements reached in 2011 between the United States and Australia to enhance their defense relationship.

Those initiatives entail 2,500 U.S. Marines training in Australia each year, and regular joint training between the allies’ air forces.

Payne did not say what military infrastructure the United States aimed to build, but Australian media reported earlier this month that Washington had plans for a new port facility near Darwin, the capital of Australia’s Northern Territory.

U.S. Marines deployed in an annual rotation for training are housed in an Australian base at Darwin.

“A port is the missing leg of the stool in U.S. military engagement with Australia,” said Euan Graham, director of the national security program, La Trobe University.

A U.S. embassy spokesman in Canberra declined to comment, and Australia’s Defense Department said it would expect concrete plans only when the proposal is approved by the U.S. Congress.

If the United States does build a port facility in Darwin it would be located near the Port of Darwin, over which China’s Landbridge Group Co. secured a 99-year lease in 2015 – much to the annoyance of the United States.

Tensions between Washington and Beijing have escalated since the 2016 election of President Donald Trump, which saw the rise of a trade war with China, as well as increasing military exercises in the Asia-Pacific region.