Regional Block Party Shootout May Have Been Gang-Related
Regional 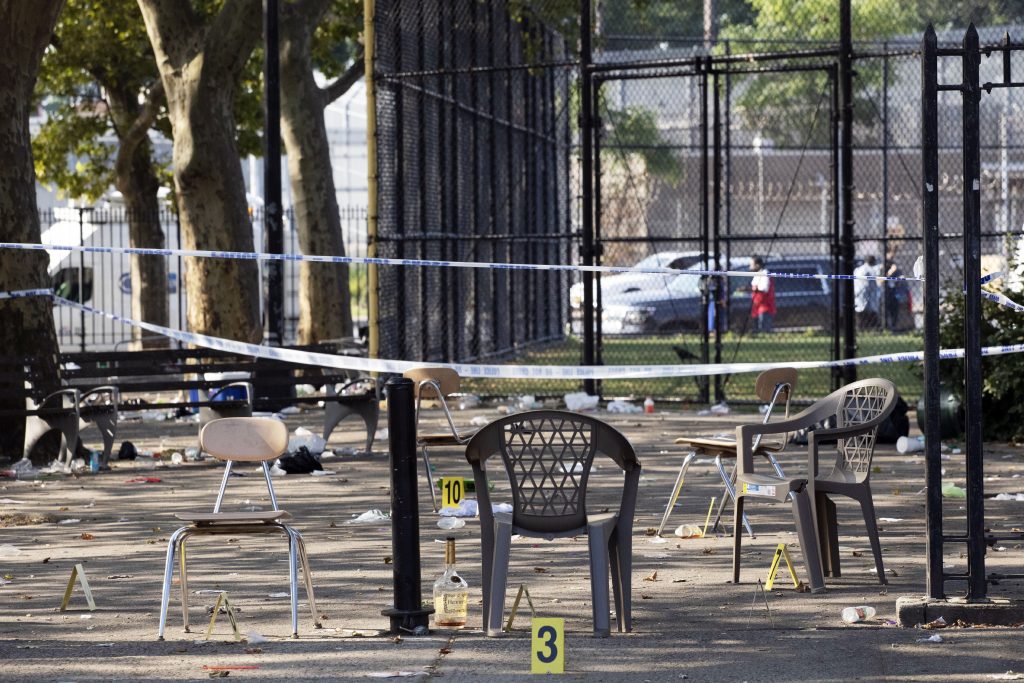 New York police say a shootout that left one man dead and 11 people wounded at a Brooklyn community festival may have been gang-related.

Chief of Detectives Dermot Shea said Monday that several victims of Saturday’s shooting had gang histories, including the man who was killed.

Commissioner James O’Neill says police are looking at that possibility in part because gangs account for about half of the shootings in that area.

Police say there were at least two gunmen. No arrests have been made.

Shea says the man who died, 38-year-old parolee Jason Pagan, had been a member of the Bloods gang.

He says it wasn’t clear whether he was a target of the gunfire.

Officials say the crowd was dispersing when gunshots rang out from a playground area in the park where the festival was taking place.