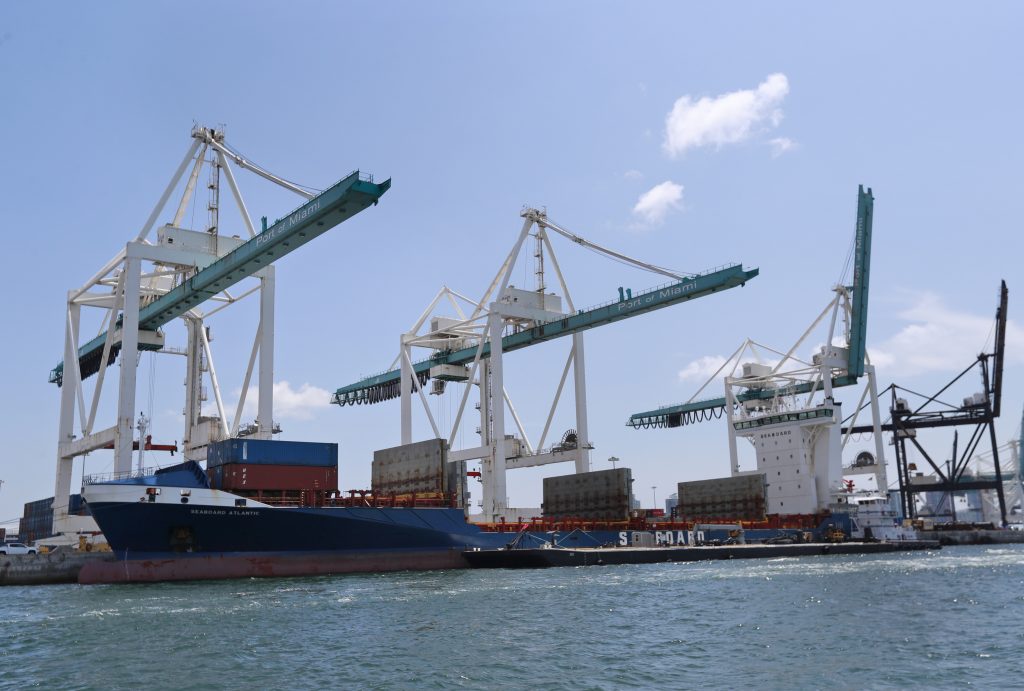 The U.S. economy slowed sharply in the April-June quarter, even as consumers stepped up their spending.

The gross domestic product, the economy’s total output of goods and services, grew at a 2.1% annual rate last quarter, down from a 3.1% gain in the first quarter, the Commerce Department estimated Friday.

But consumer spending, which drives about 70% of economic activity, accelerated to a sizzling 4.3% growth rate after a lackluster 1.1% annual gain in the January-March quarter, boosted in particular by auto sales. The resurgent strength in household spending was offset by slower business inventory rebuilding.

Economists also noted that business capital investment fell in the April-June quarter for the first time in three years. That weakness likely reflects some reluctance by businesses to commit to projects because of uncertainty surrounding President Donald Trump’s trade war with China.

Indeed, most analysts think the U.S. economy could slow through the rest of the year, reflecting global weakness and the trade war between the world’s two largest economies.

This week, the International Monetary Fund downgraded its outlook for the world economy because of the trade conflict. China’s own growth sank last quarter to its lowest level in at least 26 years after Trump raised his tariffs on Chinese imports to pressure Beijing over the tactics it’s using to challenge U.S. technological dominance. Economists say China’s slowdown might extend into next year, which would have global repercussions because many countries feed raw materials to Chinese factories.

Europe, too, is weakening in the face of global trade tensions — a concern that led the European Central Bank to signal that more economic stimulus could be coming soon.

The global weakness is a key reason why the Federal Reserve is widely expected to cut interest rates next week for the first time in more than a decade and to signal that it may further ease credit in the months ahead.

“Consumers and businesses are going their separate ways,” Sohn said. “If the pattern continues, it is not a good sign for the economy because there would be fewer jobs. For this reason, the Federal Reserve will go ahead with an interest-rate cut next week.”

“I don’t think the trade factor is nearly as important as the monetary factor,” Kudlow said in a CNBC interview Friday. “I am hoping that monetary policy makes the shift that investors are expecting.”

Trump has been pressuring the Fed through a series of tweets to start cutting rates. Economists expect a quarter-point reduction in the federal funds rate, which influences many consumer- and business-loan rates, when the central bank meets next week.

Responding to Friday’s GDP report, Trump tweeted, “Q2 Up 2.1%. Not bad considering we have the very heavy weight of the Federal Reserve anchor wrapped around our neck. Almost no inflation. USA is set to Zoom!”

On Friday, besides issuing its first of three estimates of growth in the April-June quarter, the government reported that by one measure, the economy grew more slowly in 2018 than it had previously estimated. As part of its annual revisions to GDP, the government downgraded its estimate for 2018 growth from 3% to 2.5%. Calendar-year growth for 2018 was unchanged at 2.9%.

For the second half of this year, economists say they think GDP will grow at a modest annual rate of 2% or slightly lower, leading to growth for the full year of around 2.5%. The 2.9% gain in 2018 had been the best showing since a similar rise in 2015.

That would be a disappointment to the Trump administration, which is forecasting that Trump’s economic policies of tax cuts, deregulation and tougher trade enforcement will lift the U.S. economy to sustained gains in coming years of 3% or better. Trump often cites the economy’s performance at his campaign rallies, saying his policies have lifted the economy out of a decade-long slowdown he blames on the wrongheaded policies pursued by the Obama administration.

While economists see the tax cut Trump pushed through Congress in late 2017 as a key factor boosting growth last year, they expect the impact of those cuts to fade this year. Most think it would leave the economy growing close to the annual average of 2.3 percent that has prevailed since this expansion began in June 2009.

The recovery this month became the longest in U.S. history, one month longer than the 10-year expansion of the 1990s. Still, the 2.3% average annual growth rate is the weakest for any recovery in the post-World War II period. Most economists say the tepid pace reflected the severity of the 2007-2009 recession as well as such long-term trends as the retirements of the baby boomers and slowing worker productivity.

Mark Zandi, chief economist at Moody’s Analytics, said he foresees annual GDP growth this year of 2.5%, down from 2.9% last year, before slowing even further to 1.7% in 2020.

“The benefits of the 2017 tax cuts are largely played out,” Zandi said. “I think going forward that recession risks are high, especially if something major goes off the rails such as a resurgence of the trade war or a bad exit by Britain from the European Union.”