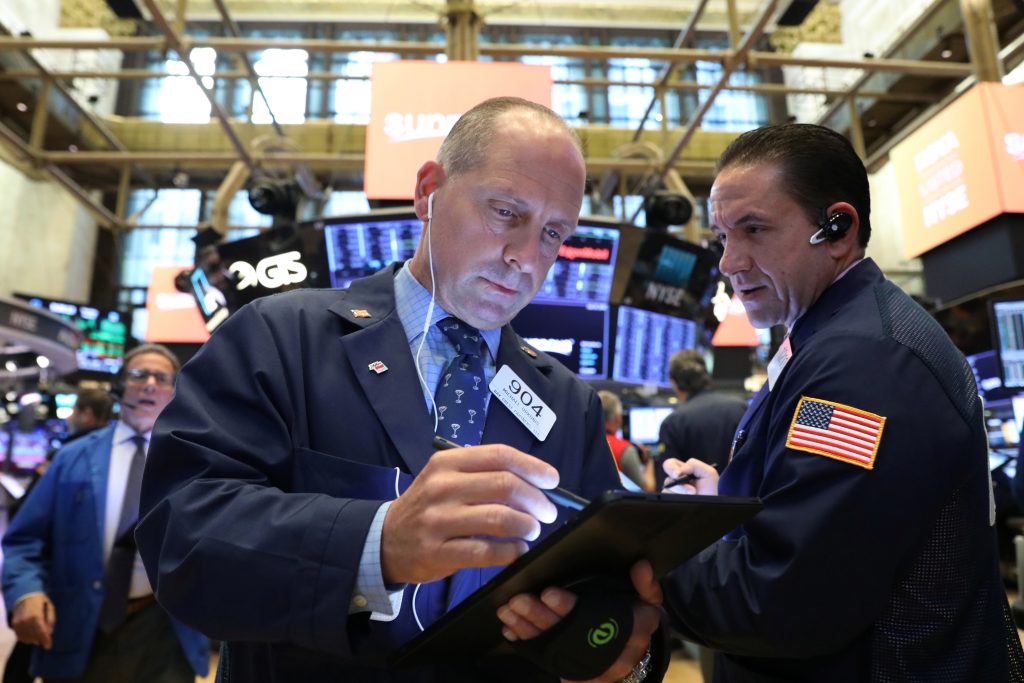 The early slump marks a turnaround from Wednesday, when a series of solid earnings reports helped push major indexes to record highs. This is one of the busiest weeks in the latest round of corporate earnings. The market has been volatile since reports started trickling in last week.

A 2.7% drop from Facebook pushed communications stocks lower following the social media company’s latest disclosure that it is being investigated over allegedly anticompetitive behavior.

Invisalign maker Align Technology sank after it gave a disappointing financial forecast because of concerns over demand in China. A disappointing profit report from Ford sent automakers and consumer-oriented stocks lower.

Boeing and several airlines fell broadly and weighed on the industrial sector. Tesla slumped after reporting a loss in its latest quarter that was much larger than analysts were expecting.

Bond prices fell. The yield on the 10-year Treasury rose to 2.08% after the government reported that orders to U.S. factories for large manufactured goods rose last month beyond economists’ forecasts.

ANALYST’S TAKE: The market has been swinging up and down over the last two weeks as investors reward and punish corporate earnings, but the overall picture shows solid performances. More than 75% of S&P 500 companies reporting have so far beat somewhat tempered forecasts.

“It’s a pretty low bar to chin and a lot of companies have chinned it,” said Katie Nixon, chief investment officer at Northern Trust Wealth Management.

DENTED FENDER: Ford fell 7% after the automaker reported a severe drop in second quarter profit which fell shy of Wall Street’s financial forecasts. The drop was due largely to restructuring costs in Europe and South America. The company is still in the midst of an overhaul that will cost $11 billion over the next several years.

NEEDS CHARGING: Tesla slumped 14.2 % after the electric car maker reported a surprisingly sharp loss during the second quarter. It also announced the departure of its longtime chief technology officer. The latest loss for Tesla comes despite a quarterly record for vehicle sales.

MISALIGNED: Align Technology plummeted 26.6% after the maker of the Invisalign dental system gave investors a surprisingly weak forecast because of weak demand in China. Shipments for the Invisalign tooth-straightening system were lower than the company expected during the most recent quarter.

MAX WOES: American Airlines fell 3.5% and Southwest Airlines shed 1.5% after the companies warned investors of hefty costs because of the grounding of Boeing 737 Max jets.

American Airlines said the long grounding will cut its pretax earnings for 2019 by about $400 million, including $175 million in the second quarter. It cost Southwest $175 million during the most recent quarter and hampered profit growth.