A camper who went missing in Vermont has B”H been found, safe and healthy.

Shmuel Rabinowitz, 15, of Montreal, was part of a group from Pioneers Camp in Vermont that was hiking Wednesday on the Appalachian Trail in Killington, Vermont.

On Thursday morning, several dozen Chaveirim members headed to Vermont to search for Shmuel, along with Vermont State Police and other government entities, as Klal Yisrael said tefillos for Shmuel ben Chasha. Chaveirim members conducted searches on the ground and in the air, and distributed flyers to people hiking in the area.

On Thursday afternoon, a hiker recognized Shmuel from a flyer she had received. She gave Shmuel her phone; he called his mother and assured her he was well. The hiker then emerged from the woods and informed Chaveirim of Shmuel’s location.

Chaveirim and Forest Rangers of the Vermont State Police rescued Shmuel shortly after 6:00 p.m. Video taken at the scene showed Shmuel walking out of the woods with rescuers, smiling and appearing healthy.

“It was a team effort and open miracle,” camp director Michoel Nagel told Hamodia. “We are thankful to Hashem; the thousands across the Jewish world who said tefillos and Tehillim; the Vermont Search and Rescue; Chaverim of Rockland and its coordinator, Yossi Margaretten, for all of their assistance; the amazing Pioneers staff for their knowledge and training; and the Rabinowitz family for its trust, support and patience.” 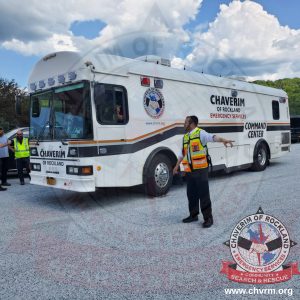 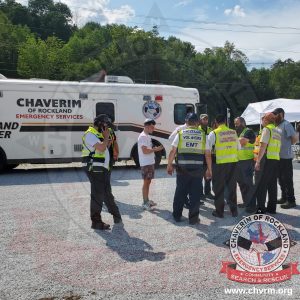 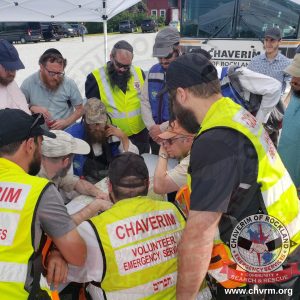