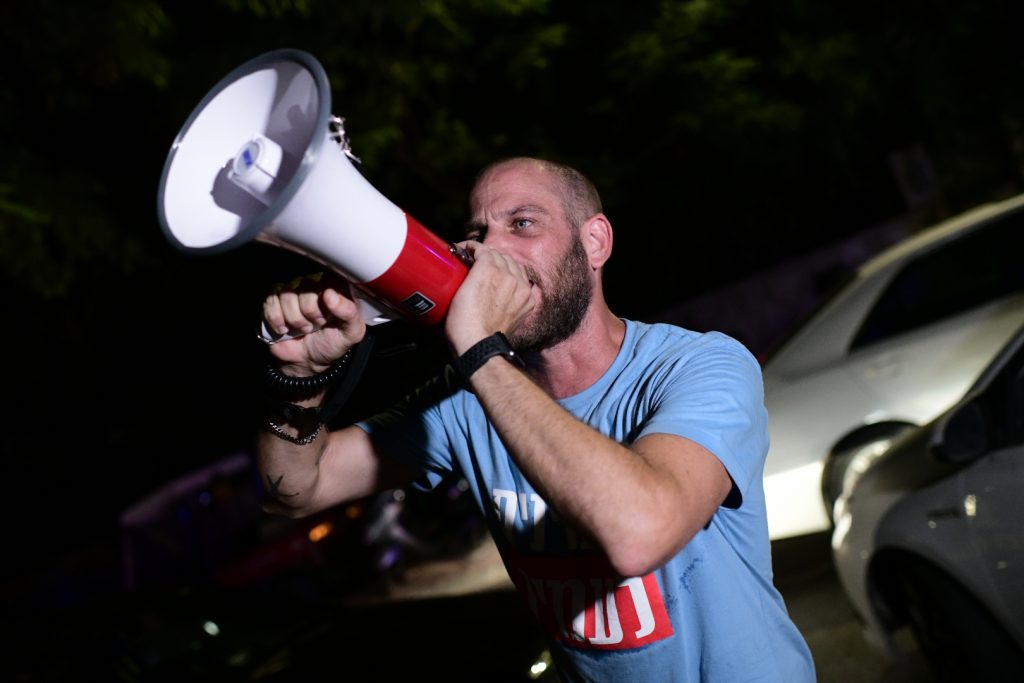 A new political party was born Thursday when Meretz and the Israel Democracy Party announced that they would run jointly in the upcoming September elections. The new movement, to be called “the Democratic Camp,” will be led by Meretz head Nitzan Horowitz. Joining the party is MK Stav Shaffir, who is jumping from Labor to join; she will be second on the list. Horowitz, Barak and Shaffir signed the deal creating the party early Thursday, and will make a joint statement at 5:00 p.m. Thursday. All Meretz MKs have signed on to the deal.

Ehud Barak, who headed the Israel Democracy Party, will take the 10th slot on the list. The member of Barak’s party who will place highest on the joint list will be former Deputy Chief of the General Staff of the IDF Yair Golan. Former Meretz head Tamar Zandberg will be fourth, and Arab MK Issawi Frig fifth. In a statement announcing the party’s formation, the Democratic Camp said that it had been Barak’s decision to be placed 10th on the list.

While not all the details of the party’s policies and platforms were released Thursday morning, Kan News reported that the Horowitz, Shaffir and Barak decided that they would decide on all the policies. The three have committed not to join a rightwing government, and certainly not one headed by Binyamin Netanyahu.

The party’s statement said that the party would strive to restart negotiations with the Palestinians, revoke the Nation-State Law, work to narrow economic disparity between groups, protect the country’s democracy, and work to establish a constitution for Israel.

The Labor Party expressed satisfaction with the announcement, saying that the move “will prevent the loss of votes to a party that would not pass the electoral threshold. The choice is now clear: The Labor Party provides an ideological, social and electoral alternative to the right, something that will allow us to bring in new voters to remove Netanyahu from office.”

With that, officials in Labor were less enthusiastic, especially over Shaffir’s decision to leave the party. Speaking to Maariv, Labor Director General Eran Hermoni said that the proper thing would be for Shaffir to resign from the Knesset. “Not everyone knows how to lose with dignity. Shaffir ran for the party leadership and lost. We would have expected her to honor the results and to work for the success of the party. Instead, she chose to do the opposite. Those who don’t know how to lose don’t really understand how democracy work, and prove that the word is meaningless,” he said.