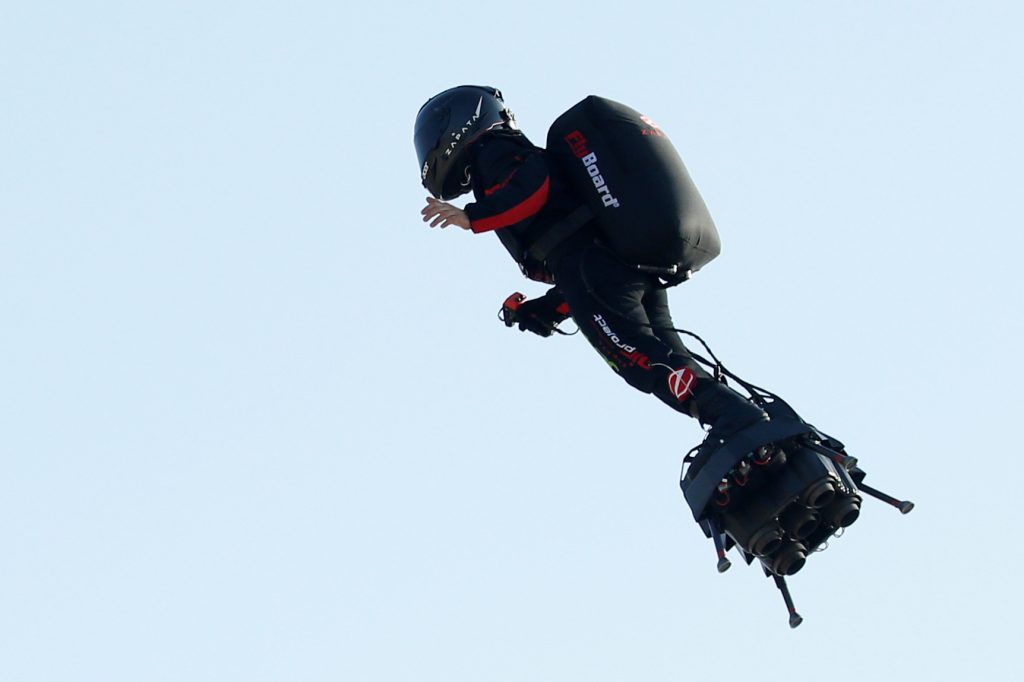 A French inventor failed in his attempt on Thursday to cross the English Channel on a jet-powered hoverboard when he missed a refueling platform mounted on a boat, a member of his technical team said.

Franky Zapata was making his attempt on the 110th anniversary of the first powered flight between Britain and France.

“It is a huge disappointment. He made his rendezvous with the refueling boat but he must have missed the platform by just a few centimeters,” a member of his team said on BFM news channel.

Zapata was unharmed, he added.

“We practiced this maneuver dozens of times in heavier seas, with platforms that moved more, without any problems,” the technician said.

“It wasn’t the wind, it was the waves. The platform was two meters above the deck, every movement of the boat is exaggerated.”

Standing on the hoverboard powered by five small jet engines, Zapata took off from Sangatte, France, at 7:06 a.m. (local time) and had hoped to reach to Dover in about 20 minutes, flying at up to 87 miles per hour at an altitude of between 15 to 20 meters.

He disappeared from spectators’ view within moments, trailed by a helicopter. Minutes later his team announced he had failed to land on the ship to take on more fuel.

Zapata, a champion on jetski-powered waterboards, steers his craft by leaning forward or backward and controls thrust with a throttle connected to his 1500 horsepower board.