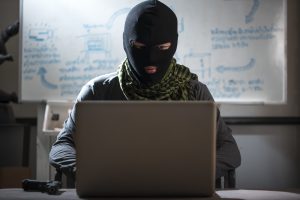 The Shin Bet revealed Wednesday that it has busted an Iranian intelligence network operating in Israel, the Palestinian Authority, and the Hamas-ruled Gaza Strip.

According to the report, over the past few months, joint operations of the Shin Bet, Israeli Police, and IDF revealed efforts by Iranian operatives to establish a comprehensive information-gathering network.

The network was operated from Syria by an operative called “Abu Jihad,” who worked to recruit Israeli intelligence assets through fictitious profiles on social media sites.

Abu Jihad was tasked with gathering the locations of IDF bases, police stations, hospitals and other possible targets for a future Iranian attack.

Using social media networks is a method known to intelligence agencies as being used by terror organizations, including Hamas and Hezbollah, to recruit possible terrorists.

According to the Shin Bet, Abu Jihad managed to recruit at least one person to carry out an attack against an Israeli target. The Shin Bet said that the vast majority of the attempts to reach out on social media were largely ignored by Israelis because the fake profiles set up by Abu Jihad and his associates appeared suspicious looking.

In April Israel launched a broad counter-terror operation against operatives in Israel and the Palestinian Authority. After the launch of the operation, a number of Israeli-Arabs were found to have links to the Iranian spy ring, with information indicating that they had been contacted and recruited by Iranian handlers.

During the investigations, information emerged that the connection between some of the recruits and their handlers in Syria had developed into a high level of information transfer, with plans for terror attacks against Israeli civilian and military targets.