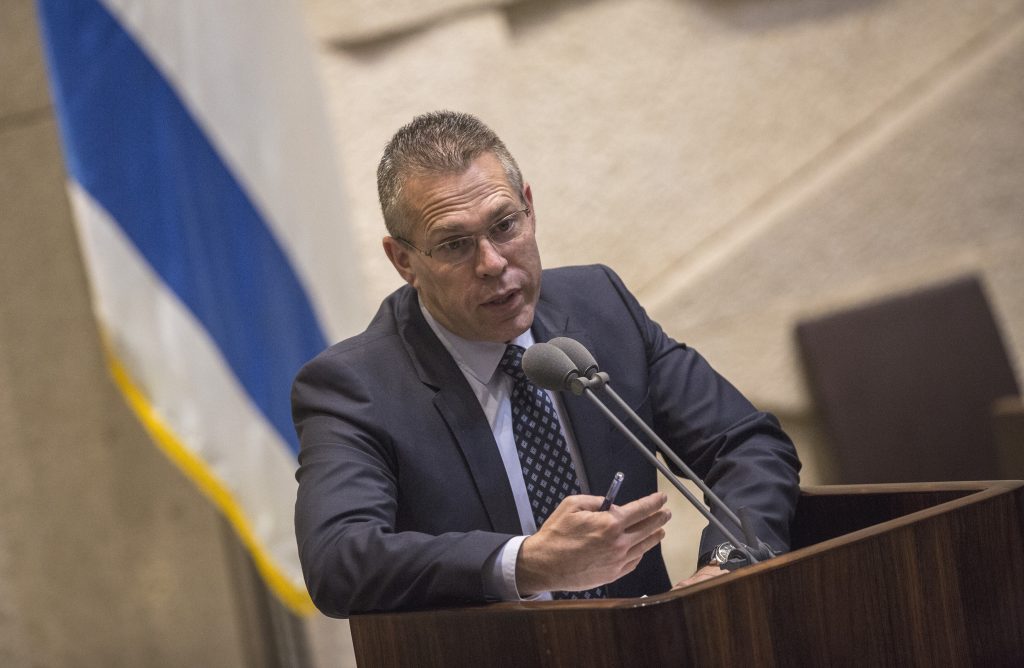 The House of Representatives passed the resolution on Tuesday by a 398-17 margin.

Israeli Prime Minister Binyamin Netanyahu issued a statement on Wednesday saying that “I want to congratulate the American House of Representatives, which passed a crushing and sweeping decision by a large majority of the two parties, both Democratic and Republican, against the boycotts against Israel. This is a testament to the strength of support for Israel in the United States. This support is bi-partisan and is important to us. I welcome the decision, it is also right and moral.”

Cabinet Minister Gilad Erdan, who leads Israel’s efforts against BDS, called the resolution an “important achievement” and a powerful show of bipartisan support for Israel.

Erdan also noted that “the resolution marks the most recent blow in a series of recent political defeats for BDS. Two months ago, the Bundestag passed a resolution condemning the “methods and accusations” of BDS as anti-Semitic, calling on the German government to avoid contact with organizations promoting it.”

The BDS movement denounced the resolution which it said is “based on lies and aims to demonize powerful resistance to Israel’s military occupation and apartheid.”

Democrats have been wrestling with the issue all year. Liberal lawmakers, most notably Reps. Ilhan Omar, D-Minn., and Rashida Tlaib, D-Mich., two newly elected Muslim Americans, have spoken out about the Boycott, Divest and Sanctions movement, known as BDS, as they criticize Israel’s treatment of Palestinians. Republicans have amplified the views of the left flank to portray Democrats as deeply divided and at odds with Israel.

Ahead of voting, the bill’s chief backers warned against the stark framing as dangerous for both countries.

“This issue has been politicized in a way that I find ugly and ultimately harmful to the U.S.–Israel relationship,” said Rep. Eliot Engel, D-N.Y., the chairman of the Foreign Affairs Committee.

House Democrats have been eager to vote to show support for Israel and, for those lawmakers from more conservative areas, to resist having the party be defined by its most liberal members.

Rep. Steny Hoyer, D-Md., the majority leader, had promised lawmakers the bill would come up for a vote before the August recess. It’s a way to shield House Democrats from continued Republican efforts to attack them around the issue of Israel, according to a Hoyer aide who spoke on condition of anonymity to discuss the private conversations.

The House has struggled with the issue since the start of the year, after an earlier version passed the Senate. Senate Majority Leader Mitch McConnell, R-Ky., had introduced it as the first bill of the new Congress, and brought it forward repeatedly for votes until it ultimately passed, also with robust bipartisan support. But the Senate bill, which was part of a broader foreign policy package, stalled in the House amid concerns over First Amendment rights and the ability of Americans to protest Israel’s policies.

The resolution puts the House on record opposing the BDS movement and its efforts to target U.S. companies that do business with Israel. The movement has grown in recent years, and Israel sees it as a threat. Supporters of Israel view it as an attempt to delegitimize the Jewish state.

“We must reject the blatant anti-Semitics injected throughout BDS,” said Rep. Lee Zeldin, R-N.Y., a sponsor of the measure.

The resolution has been pushed by AIPAC, the influential Israel lobby in Washington. J Street, a more liberal group in the progressive Jewish community, had opposed an earlier Senate version but supported the House’s approach.

To win over those in the House who had panned the Senate effort, the resolution beefed up First Amendment protections over the boycott. While the Senate bill affirmed the legal authority of state and local governments to restrict contracts or take other actions against entities that boycott Israel, the House bill affirms the constitutional right of Americans to engage in “free speech, including the right to protest or criticize the policies of the United States or foreign governments.”