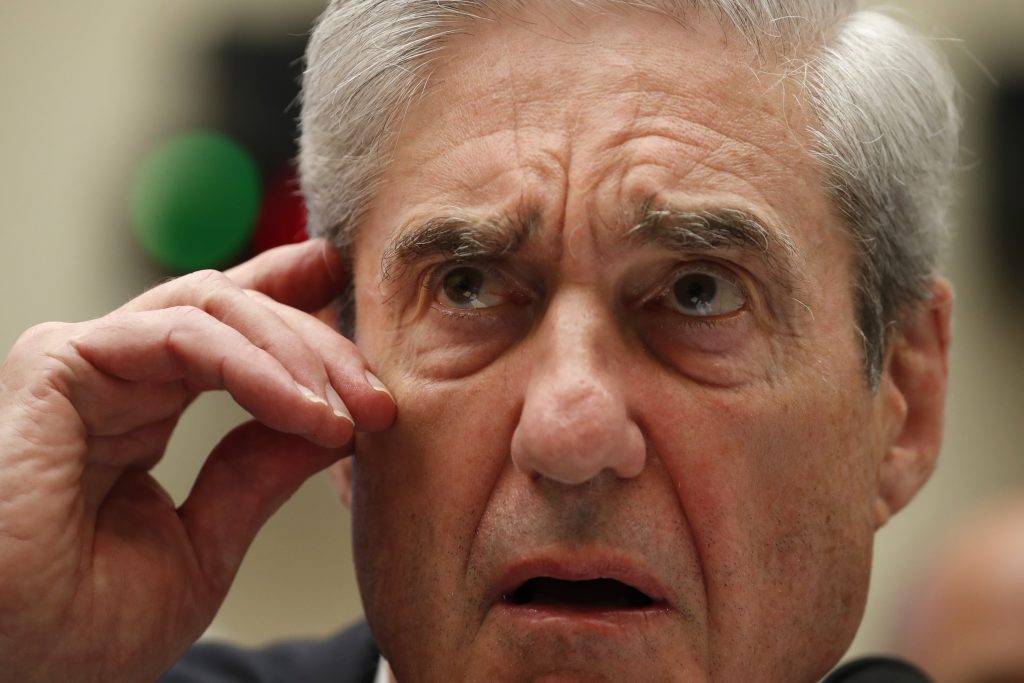 The former special counsel’s highly anticipated testimony before Congress did not deliver the sort of splashy moment that circulates on cable TV. Instead, as he promised, he stuck carefully to the text of his investigative report, occasionally — at times haltingly — offering a nuance, but often providing one-word answers to questions.

The result seemed likely do little more than harden the opinions held by the public — and lawmakers — on Trump and whether he should be removed from office.

For House Speaker Nancy Pelosi, that result may come as a vindication. Despite pressure from some Democrats, Pelosi has held her caucus back from starting an impeachment inquiry out of concern that it could politically backfire without broad, bipartisan support.

Some supporters of impeachment had been hoping that Mueller would deliver a TV moment that would generate that kind of bipartisan outrage in a way that his dense, 448-page report had not.

But as the hearing wrapped up Wednesday, the minority of Democrats who want to begin impeachment proceedings seemed unlikely to have gained a significant number of new compatriots.

“We’ve established substantial evidence that the president committed obstruction of justice multiple times. What the American people choose to do with that, we’ll see in the coming days,” Rep. Ted Lieu (D-Calif.) said after the hearing.

The taciturn Mueller turned down requests to read key passages from his report aloud. And he issued a correction in the afternoon to one of the Democrats’ biggest coups of the morning: He initially told Lieu that he hadn’t charged the president with a crime because of a Justice Department policy that a sitting president cannot be indicted. He later said that he misspoke: “We did not reach a determination as to whether the president committed a crime,” he said.

Impeachment supporters had viewed Mueller’s testimony as the best — perhaps last — major opportunity to change public opinion, which so far has been opposed to having the House begin an impeachment inquiry.

Within days, lawmakers will leave Washington for their summer break, likely muting impeachment talk until the fall. By then, the 2020 presidential race will likely take its place as the top political story.

Democratic lawmakers did land several wins Wednesday: Mueller acknowledged that he did not exonerate Trump. He also affirmed several key findings of the report as lawmakers walked him through instances in which the report demonstrated that the president tried to obstruct justice. To that extent, the hearing probably will help keep Democratic partisans fired up. But converting voters who do not already have a strongly held view on impeachment was always going to be a much tougher task.

Democrats who support impeachment said they would “take stock of the situation” after the hearings.

“Obviously there are many members of Congress who read the report back when it came out who felt there was sufficient evidence even in the redacted version to launch an impeachment inquiry,” said Rep. Jamie Raskin (D-Md.). “That is one very logical way to go.”

Pelosi has argued that pursuing impeachment without bipartisan and broad public support would be fruitless and perhaps even embolden the president. Even if the House impeached the president, he would not be removed from office unless two-thirds of the GOP-controlled Senate agreed to do so, something that currently seems a political impossibility.

Republicans, for their part, declared victory, citing Mueller’s slow responses to rapid-fire questions from lawmakers and asserting that Mueller’s testimony may have shifted public opinion toward Trump.

“No one could have watched the hearing and walked away believing that Director Mueller had a firm grasp of the details of the 448-page report,” said Rep. Mark Meadows (R-N.C.). “It’s probably predetermined where the Democrats want to go with this, but at the same time, I think the American people will see it as time to turn the page, close the book, finish the chapter, and get on with life.”

Republicans spent much of the hearing trying to undermine Mueller and his team, which included two FBI agents who later were discovered to have spent disparaging text messages about Trump.

“Trump’s tenure in office may very well have been extended by four years as a consequence of this hearing,” said Rep. Matt Gaetz (R-Fla.). “And the American people see that the entire origin of this investigation was so corrupt and so rotten that even Robert Mueller wouldn’t answer questions about it.”

Chris Megerian and Caroline S. Engelmayer contributed to this report.