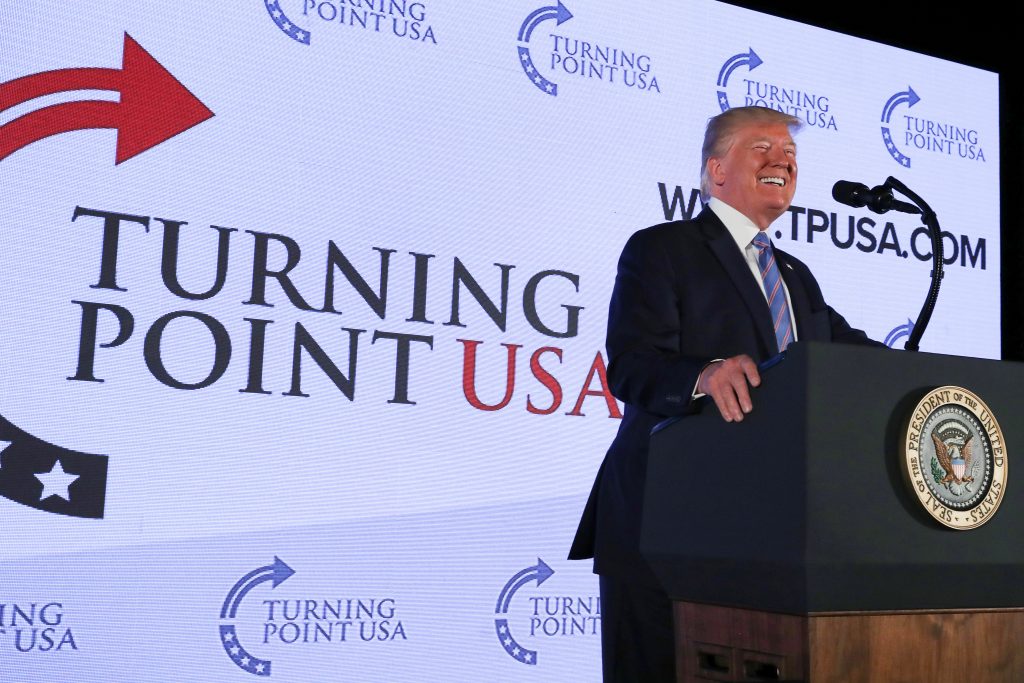 Opening up another legal front against the Democrats investigating him, President Donald Trump on Tuesday sued the House Ways and Means Committee and New York state officials to prevent his state tax returns from being turned over to the congressional committee.

The lawsuit seeks an injunction to block the application of a new New York state law that could allow the Democratic-controlled House Ways and Means Committee to obtain the returns. The lawsuit, filed in Washington, comes as the White House attempts to prevent the president’s tax returns from winding up in Democratic hands.

“We have filed a lawsuit today in our ongoing efforts to end presidential harassment,” said Jay Sekulow, one of the president’s lawyers. “The targeting of the president by the House Ways and Means Committee, the New York Attorney General, and a New York tax official violates article 1 of the U.S. Constitution. The harassment tactics lack a legitimate legislative purpose. The actions taken by the House and New York officials are nothing more than political retribution.”

New York Attorney General Letitia James said the act “will shine a light on the president’s finances and finally offer transparency to millions of Americans yearning to know the truth.”

“President Trump has spent his career hiding behind lawsuits,” James said in a statement, “but, as New York’s chief law enforcement officer, I can assure him that no one is above the law — not even the president of the United States.”

Trump’s tax returns have been a source of mystery — and contention — ever since the celebrity businessman broke with tradition and did not release his returns during his 2016 presidential campaign.

The House Ways and Means Committee sued the Treasury Department and IRS officials this month in an attempt to enforce a law that allows its chairman to obtain any taxpayer’s returns. Its chairman, Rep. Richard Neal, D-Mass., hasn’t indicated whether he would use the New York law, focusing instead on the federal lawsuit.

The lawsuit echoes what has become the White House’s consistent argument: that the committee’s pursuit of the president’s tax returns, as well as most of the Democrats’ investigative efforts, lack a legitimate legislative purpose and thus are outside Congress’ authority.

The suit also argues that the committee can’t have a legislative purpose in getting state records because its jurisdiction is limited to federal taxes. But New York officials have argued that the state returns would contain much of the same information found on the president’s federal returns.

Trump has cited repeated IRS audits as a reason not to disclose his returns, though he isn’t legally prevented from releasing returns while under audit.

“Ultimately, this issue was litigated in the 2016 election,” the lawsuit said. “Voters heard the criticisms from Secretary (Hillary) Clinton, and they elected President Trump anyway. Democrats in Congress and across the country, however, have only become more eager to disclose the president’s tax returns for political gain.”

Democrats have argued that they need to review the returns in their search for potential conflicts of interest or corruption.

The administration and Trump’s business have repeatedly tried to stall Democrats’ investigations by filing lawsuits and not cooperating. The White House has blocked several current and former officials from testifying and has refused to comply with document requests, and the president has considered invoking executive privilege to stifle a series of probes.