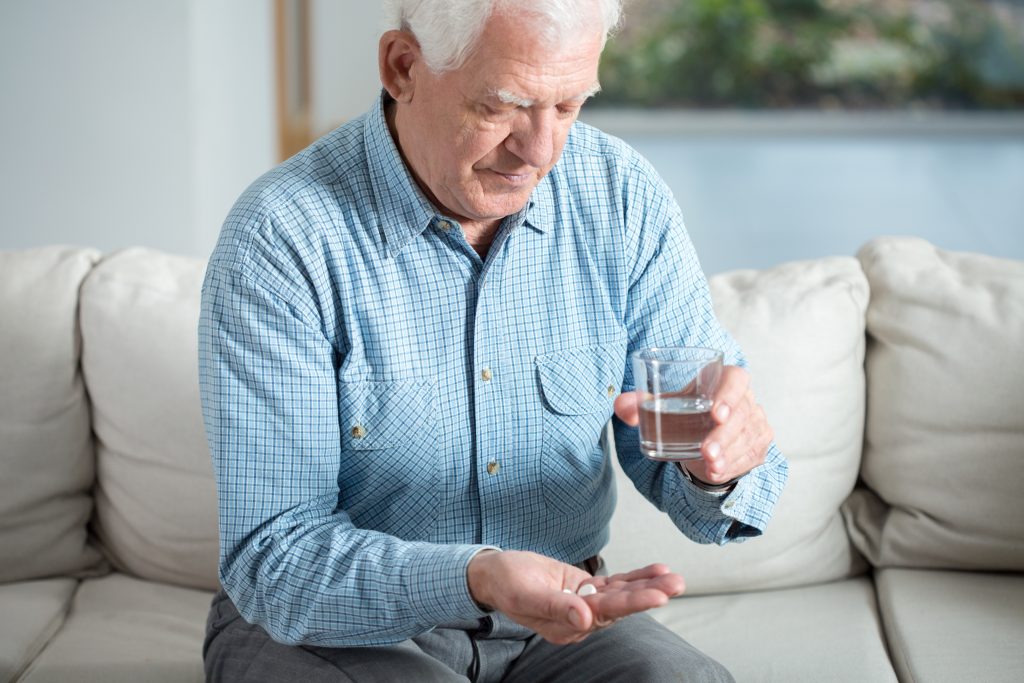 Iowa Republican Charles Grassley and Oregon Democrat Ron Wyden said the bill would for the first time limit drug copays for people with Medicare’s “Part D” prescription plan , by capping patients’ out-of-pocket costs at $3,100 a year starting in 2022. They’re hoping to soon have it ready for votes on the Senate floor.

It would also require drugmakers to pay a price-hike penalty to Medicare if the cost of their medications goes up faster than inflation. Drugs purchased through a pharmacy as well as those administered in doctors’ offices would be covered by the new inflation rebates.

The bill reflects efforts by lawmakers of both parties to move beyond the rancorous debates over the Obama-era Affordable Care Act and instead try to pass legislation that will lower costs for people with health insurance who can still face big expenses as a result of coverage gaps. Separate legislation to address “surprise medical bills” has already cleared the Senate Health, Education, Labor and Pensions committee.

The senators said preliminary estimates from the Congressional Budget Office show that the Medicare program would save $85 billion over 10 years, while seniors would save $27 billion in out-of-pocket costs over the same period, and $5 billion from slightly lower premiums. The government would save $15 billion from projected Medicaid costs.

The senators announced a Thursday vote on the package by the Finance Committee, which oversees Medicare and Medicaid. Grassley is the panel’s chairman, while Wyden serves as the senior Democrat.

“Pharmaceutical companies play a vital role in creating new and innovative medicines that save and improve the quality of millions of American lives, but that doesn’t help Americans who can’t afford them,” Grassley and Wyden said in a joint statement. “This legislation shows that no industry is above accountability.”

The White House encouraged the Senate negotiations, and spokesman Judd Deere said the Trump administration stands ready to “work with senators to ensure this proposal moves forward and advances the president’s priority of lowering drug prices.”

Democrats controlling the House want to go farther by granting Medicare legal authority to directly negotiate prices with pharmaceutical companies. Direct negotiations are seen as a nonstarter in the Republican-controlled Senate, but the bill’s drug price inflation penalty may yet find support among Democrats in the House.

Grassley’s office said the bill will force drugmakers and insurers to take greater responsibility for keeping Medicare prescription prices in line, instead of foisting increases on taxpayers and beneficiaries.

The lack of a cap on out-of-pocket costs for Medicare’s popular prescription benefit has left some beneficiaries with bills rivaling a mortgage payment. That’s because with Medicare’s current protection for catastrophic costs, patients taking very expensive drugs are still responsible for 5% of the cost, with no dollar limit on what they pay. For example, 5% of a drug that costs $200,000 a year works out to $10,000.

The Grassley-Wyden bill does not directly address the problem of high launch prices for new medications, but its inflation rebates could put the brakes on price hikes for mainstay drugs such as insulin. The proposed changes are likely to encounter stiff resistance from the drug industry and perhaps pushback from insurers as well. Industry lobbying groups were busy trying to calculate the impact on the bottom line of the bill’s overhaul of Medicare’s pharmacy benefit.

Other provisions of the legislation would:

— Change an arcane Medicaid payment formula through which drugmakers can avoid paying rebates on certain drugs, depending on fluctuations in prices.

— Allow state Medicaid programs to pay for expensive gene therapy treatments on the installment plan, spreading out the costs over several years.

— Require drugmakers to provide public justification for new high cost drugs or steep hikes in the prices of existing medications.

— Require middlemen known as pharmacy benefit managers to disclose details of the discounts they are negotiating and how much they are passing on to consumers. The benefit managers negotiate with pharmaceutical companies on behalf of insurers and consumers.

— Provide doctors with new computer tools they can use to estimate out-of-pocket medication costs for patients with Medicare.