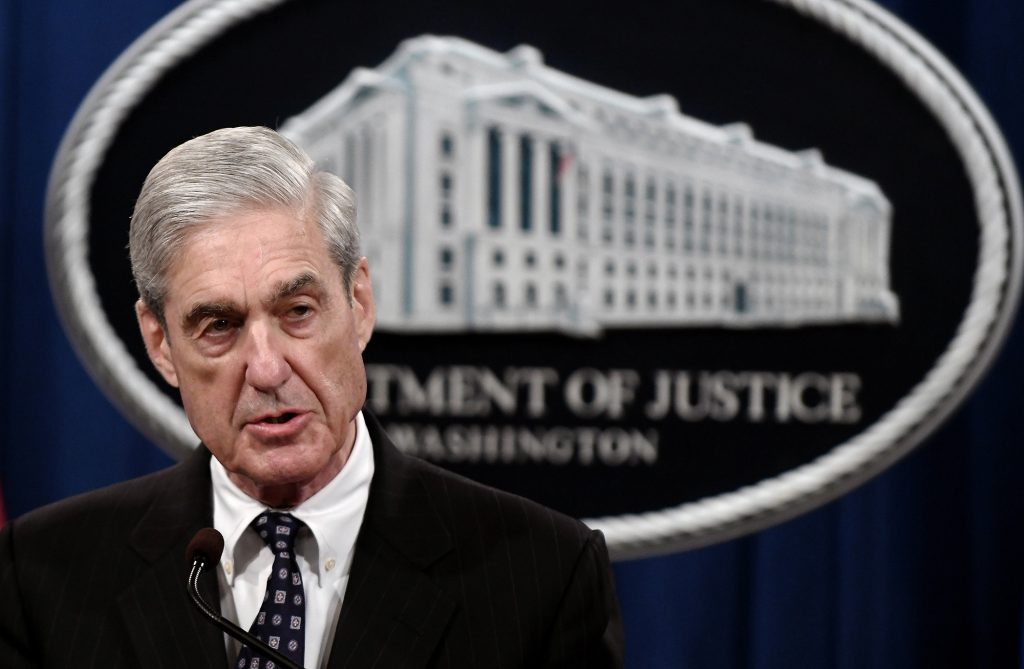 The Justice Department has directed Robert S. Mueller III not to go beyond the evidence in his 448-page report on the Russia investigation when he testifies Wednesday to the House Judiciary and Intelligence committees. His spokesman said he would not stray past the “four walls” of the written report.

Of course, Democrats and Republicans will try to push the former special counsel outside those boundaries. Here are several major questions he’s likely to face.

— Would Donald Trump have faced criminal charges if he weren’t president?

It’s against Justice Department guidelines to indict a sitting president. As a result, Mueller’s report says he never even considered whether Trump had committed a crime by attempting to obstruct justice. But he also wrote that his report “does not exonerate” the president.

Mueller’s office compiled such an extensive record of the president’s efforts to thwart the investigation that it inevitably raised the question of whether Trump could have faced charges if he were not in the White House. Attorney General William Barr and Rod Rosenstein, then the deputy attorney general, later said they reviewed the evidence and determined that Trump did not break the law. Does Mueller agree with their assessment — or with hundreds of former prosecutors who saw the evidence as strong enough to warrant prosecution?

— What is the role of Congress now?

Mueller suggested that it was up to Congress to hold the president accountable if lawmakers believed that was necessary. Some Democrats — including many on the House Judiciary Committee — believe that’s a prompt for impeachment proceedings. What exactly does Mueller think the next steps should be?

— When did Mueller realize he couldn’t establish a criminal conspiracy linking the Trump campaign with the Kremlin-backed effort to interfere in the 2016 race?

The special counsel’s office stayed silent outside the courtroom for nearly two years, never tipping its hand on whether the investigation would show a criminal conspiracy between Trump’s campaign and operatives from Moscow. Ultimately prosecutors charged or indicted 34 individuals, including 25 Russians, and Mueller’s report said Trump’s team welcomed Moscow’s meddling.

However, no Americans were charged with knowingly working with the Russians to spread disinformation on social media or to help hack and release thousands of internal Democratic Party emails. That outcome has raised questions about when Mueller determined the evidence didn’t support conspiracy charges — what Trump calls collusion — and why he didn’t say so at the time. Some Republicans believe the special counsel’s office unfairly left a cloud hanging over the White House.

The report makes clear that prosecutors considered bringing criminal charges against the president’s eldest son. He accepted a meeting with a Moscow-based lawyer in New York in June 2016 after being promised political dirt on Hillary Clinton as part of the Russian government’s support for Trump’s campaign. Two of Trump’s top campaign aides — Paul Manafort, the campaign chairman, and Jared Kushner, Trump’s son-in-law and adviser, also attended the meeting.

But Mueller never questioned Trump Jr. He declined a voluntary interview. Was he issued a subpoena? Why wasn’t he forced to testify? It may be hard to get an answer. Some details are redacted in the report because they involve grand jury information.

— Did the president successfully discourage witnesses from cooperating with the special counsel’s office?

The report lays out various ways that Trump communicated his feelings to potential witnesses. When Manafort, his former campaign chairman, was convicted on bank fraud and tax evasion charges, the president praised him as “a brave man” who didn’t “break.” Trump’s lawyer also discussed a potential presidential pardon with Michael Cohen, Trump’s former fixer and lawyer in New York, before he began cooperating with federal prosecutors. After Cohen agreed to help the special counsel’s office, Trump publicly denounced him as a “rat.”

What impact, if any, did Trump’s statements have on witnesses during the investigation? Did Trump’s comments affect Mueller’s ability to collect evidence?

— Did Trump or his allies have advance knowledge of WikiLeaks releases of stolen emails from the Democratic Party and Clinton’s campaign?

Trump’s campaign sought to capitalize on the vast trove of private emails published by WikiLeaks during the 2016 race. But Mueller’s report leaves vague whether Trump’s aides or allies knew in advance of those releases. Squeezing new information out of Mueller could be difficult because Roger Stone, a longtime Trump political adviser, is awaiting trial on charges of lying to Congress about his conversations involving WikiLeaks.

— Does Mueller believe partisan politics influenced how the investigation was started or run?

The Russia investigation was already underway at the FBI for nearly a year when Mueller was appointed special counsel on May 17, 2017. Many Republicans believe the probe was rooted in anti-Trump prejudice during that earlier period. What does Mueller think? He has never faced public questions about these issues.

Does he agree with Republicans that the infamous dossier of unverified allegations, which was funded by Democrats and compiled by a former British intelligence officer, had an inappropriate impact on the investigation? Did agents properly disclose the origins of that dossier when they sought a surveillance warrant against a former Trump campaign aide? Does Mueller believe that then-FBI agent Peter Strzok, who exchanged private text messages with an FBI lawyer critical of Trump, allowed his personal political beliefs to affect his work on the case?

Republicans have also criticized the way Mueller staffed the special counsel’s office, in some cases hiring prosecutors who had supported Clinton or gave money to Democratic campaigns. Does Mueller, a lifelong Republican, feel that affected their ability to be impartial in their work?