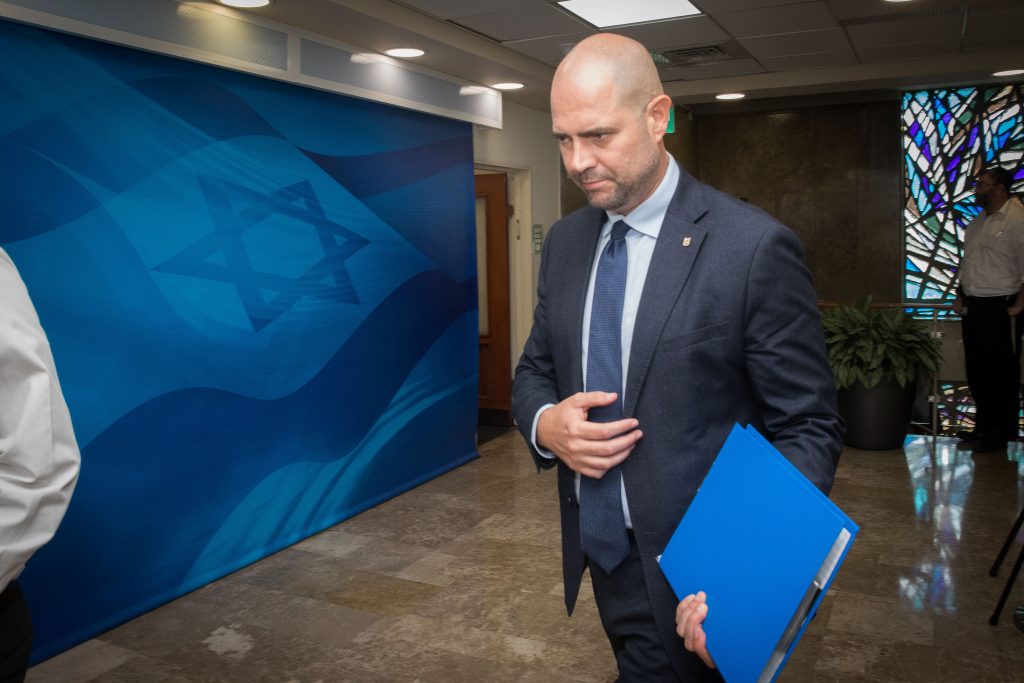 The sudden dismissal of Palmor, a widely respected official, generated a frenzy of speculation in the Israeli media on Tuesday, which Ohana later tried to brush aside, saying her departure was a routine matter.

Two hypotheses are abroad, according to the Times of Israel: the first, that she was the victim of an online post by Yair Netanyahu, the prime minister’s son, branding her a leftist.

Shaked did not appoint Palmor, who was already in office when Shaked became justice minister. Whatever her politics, it did not appear to bother the right-wing Shaked, though, who kept her on.

After the news broke, Shaked praised Palmor’s “professionalism” and her work to “integrate and advance weakened populations, and help shape the ministry into a ministry whose goal is the pursuit of justice and fairness. Emi was a devoted public servant,” she stated on Tuesday.

A second theory has it that with Palmor out of the way, Ohana can appoint the next director general, who is slated to sit on the committee that will appoint the next state prosecutor, when State Attorney Shai Nitzan finishes his five-year term in the next few months.

Nitzan is known to favor Tel Aviv district prosecutor Liat Ben-Ari to succeed him. But Ben-Ari is the lead prosecutor in the corruption cases involving Prime Minister Netanyahu. As an ally of PM Netanyahu, the recently appointed Ohana might want someone else for that sensitive position.

Ohana came in for some rough handling by critics of the government. The Movement for Quality Government accused him of being “drunk on power…”“overstepping his authority” and “forgetting the fact that he’s essentially an acting justice minister” until the September elections.

The ouster of Palmor “amounts to utter defiance of the instructions of the High Court on this issue, and ignores the fact that Israel is in the middle of an election campaign, and that in two months Ohana may not be justice minister,” the group said in a statement.

The Blue and White opposition party condemned Ohana for the “disproportionate damage” he’s doing, and claimed it shows “just how cynical Netanyahu’s emissaries have become. Netanyahu cares only about himself, his people care only about his immunity, and it’s left to us to care about the future of the country.”

On the other hand, the Movement for Government and Democracy said “the minister has the authority to dismiss and appoint a director-general (CEO) to his office, even during an election.

Ohana was also defended by the far-right Otzma Yehudit’s Itamar Ben-Gvir, who called his decision “important and brave…. The Israeli left has to realize that the right is in power — that’s democracy.”

Ohana subsequently denied there was anything either sinister or courageous in his decision.

“The accepted practice is for a minister to appoint a director general. It’s a position of trust — to do otherwise would be the anomaly,” Ohana said in a statement. “This is what governance looks like.”

“In recent weeks, I’ve spoken to Emi Palmor about concluding her term, and she expressed a willingness and agreement to finish. There is no truth to the wild speculations about the decision, which was made by me and me alone,” he added.