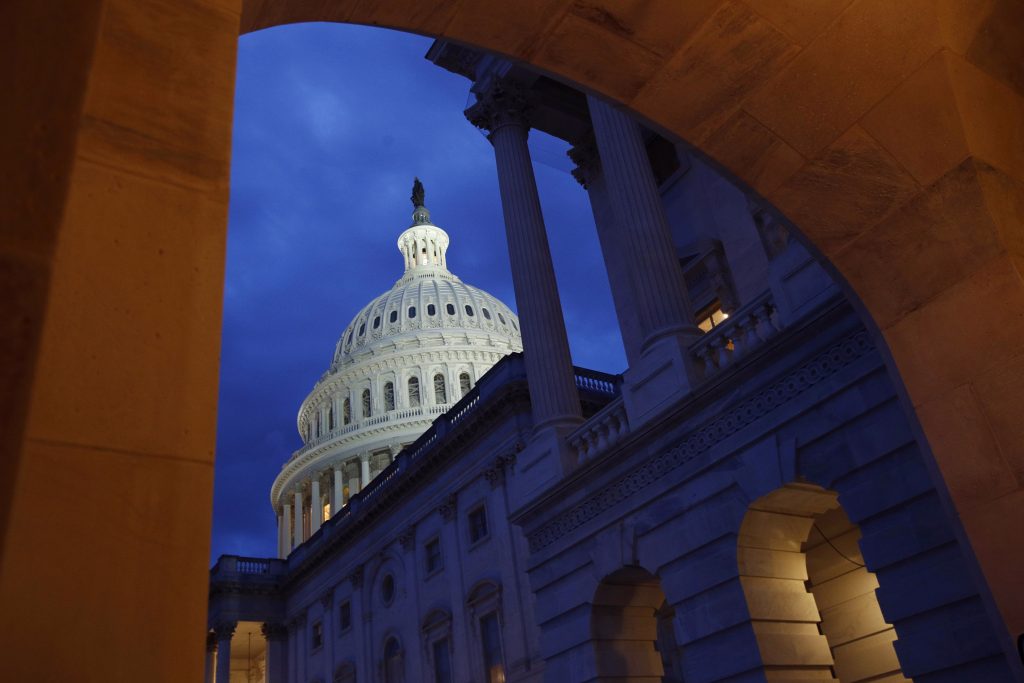 House lawmakers are returning to Washington to assess a budget and debt deal between Democratic House Speaker Nancy Pelosi and President Donald Trump, but there’s no evidence of any last-gasp drama that could upset the hard-won compromise.

Reaction to the two-year deal, which would enable the government’s debt-fueled spending increases to continue through late 2021, broke along predictable lines. Washington’s pragmatic class is supporting it, sometimes reluctantly, while lawmakers on the right are the main voices of opposition.

The bill, and a $1.37 trillion follow-up round of spending bills this fall, would eliminate any possibility of a repeat government shutdown or a first default on U.S. obligations — or politically exhausting battles that contain risk for both sides.

The deal, announced separately on Monday by Trump, Pelosi and Senate Democratic leader Chuck Schumer, will restore the government’s ability to borrow to pay its bills past next year’s elections and build upon recent large-budget gains for the Pentagon and domestic agencies.

“I am pleased to announce that a deal has been struck,” Trump said, adding that there will be no “poison pills” added to follow-up legislation. “This was a real compromise in order to give another big victory to our Great Military and Vets!”

The agreement is on a broad outline for $1.37 trillion in agency spending next year and slightly more in fiscal 2021. It would deliver wins to lawmakers seeking to break Washington’s unproductive logjam and at least perform their core job of writing the nation’s so-called discretionary budget.

A powerful, long-standing coalition of Democrats, GOP defense hawks and an underappreciated but powerful band of appropriators promise to deliver a strong vote for the legislation. A House vote is expected Thursday; a Senate vote likely would come next week.

Pelosi, of California, and Schumer, of New York, said the deal “will enhance our national security and invest in middle-class priorities that advance the health, financial security and well-being of the American people.” Top congressional GOP leaders issued more restrained statements stressing that the deal is a flawed but achievable outcome of a government in which Pelosi wields considerable power.

“While this deal is not perfect, compromise is necessary in divided government,” said House Minority Leader Kevin McCarthy, R-Calif.

However, the deal also comes as budget deficits are rising to $1 trillion levels — requiring the government to borrow a quarter for every dollar it spends — despite the thriving economy and three rounds of annual Trump budget proposals promising to crack down on the domestic programs that Pelosi is successfully defending now. It ignores warnings from deficit and debt scolds who say the nation’s fiscal future is unsustainable and will eventually drag down the economy.

A push by the White House and House GOP forces for new offsetting spending cuts was largely jettisoned, though Pelosi gave assurances about not seeking to use the follow-up spending bills as vehicles for aggressively liberal policy initiatives. It also yields to Trump’s demand to retain budgetary transfer authority to try to shift funding to border projects.

The head of a large group of House GOP conservatives swung against the deal.

“No new controls are put in place to constrain runaway spending, and a two-year suspension on the debt limit simply adds fuel to the fire,” said Republican Study Committee Chairman Mike Johnson, R-La. “With more than $22 trillion in debt, we simply cannot afford deals like this one.”

Democrats promise not to try to add new policy provisions to the measures that are deemed “poison pills,” which may incite opposition from progressives determined to improve overcrowded, often unsanitary conditions at facilities that house and care for migrants arriving at the U.S.-Mexico border.

But Pelosi has many respected allies on the powerful Appropriations Committee, where Democrats are aching to put their stamp on the annual spending bills.

At issue are two separate but pressing items on Washington’s must-do agenda: increasing the debt limit to avert a first default on U.S. payments and acting to set overall spending limits and prevent $125 billion in automatic spending cuts from hitting the Pentagon and domestic agencies with 10% cuts starting in January.

The pact would defuse the debt limit issue for two years, meaning as a practical matter that Trump or his Democratic successor would not have to confront the politically difficult issue until late 2021.

Washington’s arcane budget rules give each side a way to paint the numbers favorably. Generally speaking, the deal would lock in place big increases won by both sides in a 2018 pact driven by the demands of GOP defense hawks and award future increases consistent with low inflation.

By one measure, the price tag for the legislation posts at $320 billion. But more than two-thirds of that is to simply maintain current spending levels rather than fall prey to automatic spending cuts known as sequestration.

Another measure is $103 billion, spread over two years to Pentagon and domestic accounts, to permit modest budget hikes of 3 or 4 percentage points above current levels.

Pelosi won a little more money for domestic programs than for defense, but it would be eaten up by large new costs for the census and new private-sector health programs for veterans.

The measure would first advance through the House this week and win the Senate’s endorsement next week before Congress takes its annual August recess. Legislation to prevent a government shutdown would follow in September.