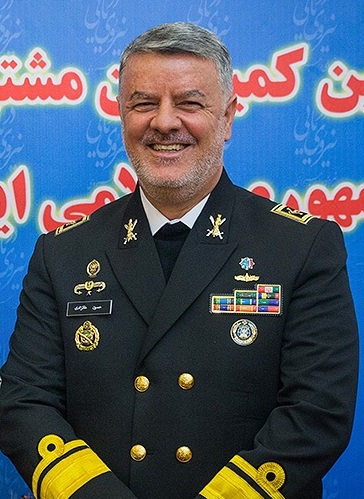 Iran observes all U.S. ships in the Gulf region and has an archive of images of their daily movements, the head of Iran‘s navy, Rear Admiral Hossein Khanzadi, said on Tuesday, according to the Young Journalists Club news site.

Iran and the United States came to the brink of war last month after the Islamic Republic shot down a U.S. drone, nearly prompting a retaliatory attack, which President Donald Trump called off at the last minute.

Tensions have also spiked between Iran and Britain after the Islamic Republic seized a British-flagged tanker last Friday because it had collided with a fishing vessel, according to Iranian officials.

British Royal Marines seized an Iranian tanker off the coast of Gibraltar in early July, accusing it of violating sanctions on Syria.

“We observe all enemy ships, particularly [those of] America, point by point from their origin until the moment they enter the region,” Khanzadi said, noting that images were recorded using Iranian drones.

“We have complete images and a large archive of the daily and moment-by-moment traffic of the coalition forces and America.”

Iran will hold joint naval exercises with allied countries for the first time by the end of the Iranian calendar year, which is in March 2020, Khanzadi said.

He did not specify which countries might take part in the exercise.