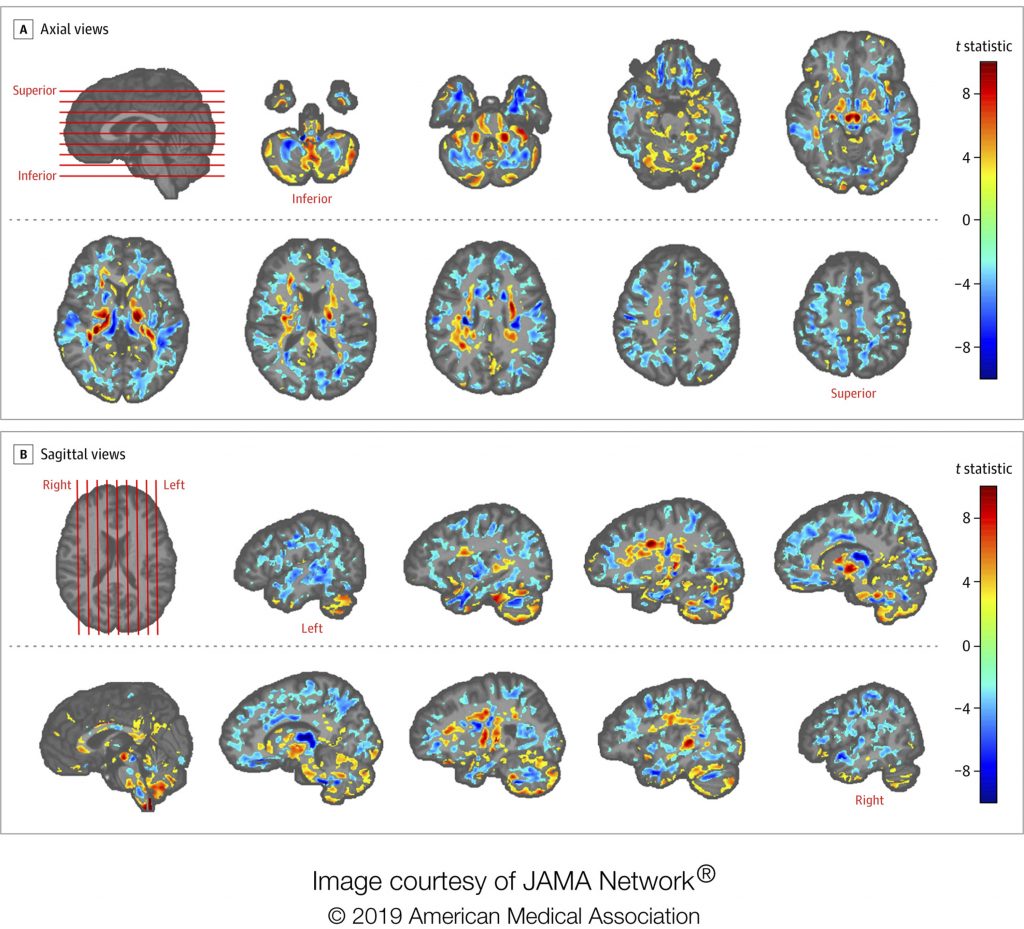 Advanced brain scans found perplexing differences in U.S. diplomats who say they developed concussion-like symptoms after working in Cuba, a finding that only heightens the mystery of what may have happened to them, a new study says.

Extensive imaging tests showed the workers had less white matter than a comparison group of healthy people, and other structural differences, researchers said.

While they had expected the cerebellum, near the brain stem, to be affected, given the workers’ reported symptoms — balance problems, sleep and thinking difficulties, headaches and other complaints — they found unique patterns in tissue connecting brain regions.

Ragini Verma, a University of Pennsylvania brain imaging specialist and the lead author, said the patterns were unlike anything she’s seen from brain diseases or injuries.

Co-author Dr. Randel Swanson, a Penn specialist in brain injury rehabilitation, said, “There’s no question that something happened,” but imaging tests can’t determine what it was.

An outside expert, University of Edinburgh neurologist Jon Stone, said the study doesn’t confirm that any brain injury occurred nor that the brain differences resulted from the strange experiences the diplomats said happened in Cuba.

Cuba has denied any kind of attack, which has strained relations with the United States.

The results were published Tuesday in the Journal of the American Medical Association. A journal editorial says the study may improve understanding of the reported symptoms, but that the relevance of the brain differences is uncertain.

In a statement, the U.S. State Department said it “is aware of the study and welcomes the medical community’s discussion on this incredibly complex issue. The Department’s top priority remains the safety, security, and well-being of its staff.”

Between late 2016 and May 2018, several U.S. and Canadian diplomats in Havana complained of health problems from an unknown cause. One U.S. government count put the number of American personnel affected at 26.

Some reported hearing high-pitched sounds similar to crickets while at home or staying in hotels, leading to an early theory of a sonic attack. The Associated Press has reported that an interim FBI report found no evidence that sound waves could have caused the damage.

Dozens of U.S. diplomats, family members and other workers sought exams. The new study reports on 40 of them tested at the University of Pennsylvania. A group analysis of results from advanced MRI scans found brain differences in the diplomat group compared with 48 healthy people with similar ages and ethnic background.

Workers had MRI tests about six months after reporting problems, but because their brains were not scanned before their Cuba stints they can’t know if anything changed in their brains, a drawback of the study that the researchers acknowledge.

Stone of The University of Edinburgh said the new study has several other limitations that weaken the results, including a comparison group that wasn’t evenly matched to the patients.

“If you really want to suggest that something fundamentally different happened in Cuba … then the best control group would be 40 individuals with the same symptoms who hadn’t been to Cuba and had no history of head injury,” Stone said.

A previous study from the University of Miami found inner-ear damage in some workers who complained of strange noises and sensations, but it also lacked any pre-symptom medical records.

Although some workers have persistent symptoms, most have improved with physical and occupational therapy, are doing well and have returned to work, Swanson said.

As more time passes, he said, “It’s going to be harder and harder to figure out what really happened.”