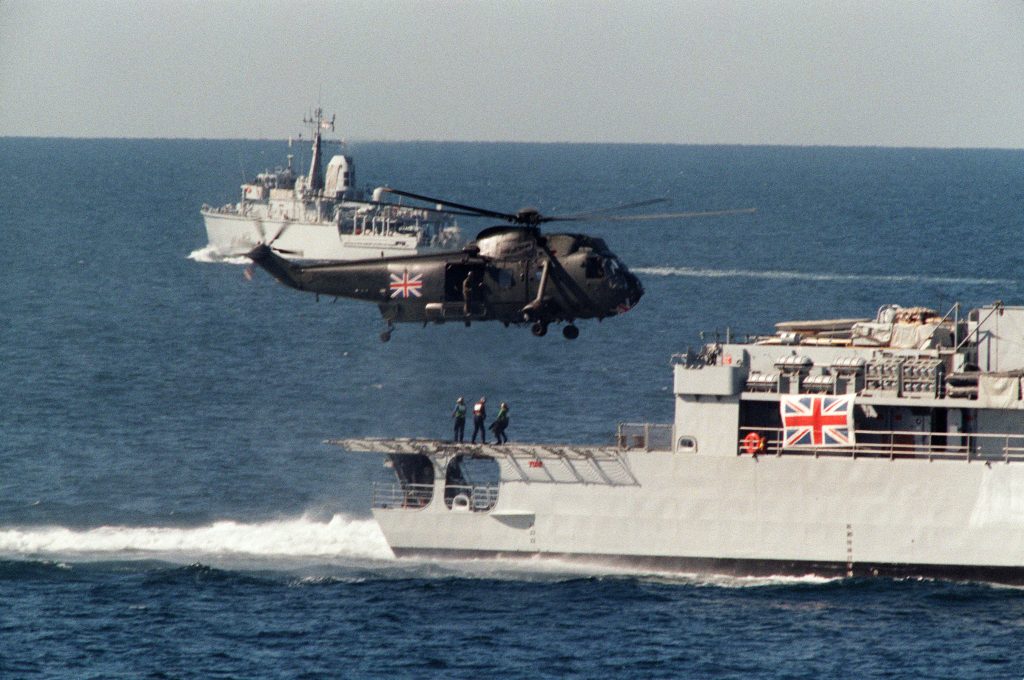 Britain called on Monday for a European-led naval mission to ensure safe shipping through the Strait of Hormuz, days after Iran seized a British-flagged tanker in what London described as an act of “state piracy.”

Foreign Secretary Jeremy Hunt outlined the plans to parliament after a meeting of COBR, the government’s emergency committee, which discussed London’s response to Friday’s capture of the Stena Impero tanker by Iranian commandos at sea.

“Under international law Iran had no right to obstruct the ship’s passage – let alone board her. It was therefore an act of state piracy,” Foreign Secretary Jeremy Hunt told parliament.

“We will now seek to put together a European-led maritime protection mission to support safe passage of both crew and cargo in this vital region,” Hunt said.

The British announcement signals a potential shift from Washington’s major European allies who so far have been cool to U.S. requests that they beef up their military presence in the Gulf, for fear of feeding the confrontation there.

Nevertheless, Hunt made a point of saying that the proposal would not involve contributing European military power to back Washington’s hardline stance against Iran.

Washington’s major European allies Britain, France and Germany all opposed a decision last year by U.S. President Donald Trump to abandon an international agreement that promised Iran access to trade in return for accepting curbs on its nuclear program.

The new mission “will not be part of the U.S. maximum pressure policy on Iran because we remain committed to preserving the Iran nuclear agreement,” Hunt said.

The Europeans have tried to stay neutral as tension has risen between Tehran and Washington. But Britain was plunged directly into the crisis on July 4 when it seized an Iranian tanker off Gibraltar accused of violating sanctions on Syria.

Iran repeatedly threatened to retaliate, culminating with its seizure of the Stena Impero on Friday using the same tactics – commandos rappelling to the deck from helicopters – that British Royal Marines had used aboard Iran’s own ship.

The United States has an aircraft carrier strike group in the Gulf and a navy that is far more powerful than those of all its European allies put together. But it has made a point in recent weeks of saying it cannot protect shipping on its own.

Asked about the capture of the British ship earlier on Monday, U.S. Secretary of State Mike Pompeo said: “The responsibility … falls to the United Kingdom to take care of their ships.”

In a separate development that could generate more tension, Iran said on Monday it had arrested 17 spies working for the CIA and sentenced some of them to death, an announcement Trump dismissed as “totally false.”

Iranian state media published images it said showed CIA officers who had been in touch with the suspected spies. The Ministry of Intelligence said the 17 spies had been arrested in the 12 months up to March 2019.

Such announcements are not unusual in Iran and are often made for domestic consumption, although the timing suggests the possibility of an intention to link it to the Gulf crisis.

Trump later told reporters it was getting harder for him to want to make a deal with Iran.

The Trump administration drove the escalation in tension with Iran last year by pulling out of the nuclear deal. Trump says the deal, signed under his predecessor Barack Obama, is too weak and new sanctions are needed to force Iran to renegotiate it. Tehran says it cannot negotiate unless Washington lifts sanctions and abides by the agreement.

The situation has become far more volatile since May, when the Trump administration closed sanctions loopholes with the aim of halting all Iranian oil exports globally. Since then the United States has accused Iran of attacking ships and Iran has increased its nuclear activity beyond limits in the deal.

In June, Iran shot down a U.S. drone, prompting Trump to order air strikes, only to abort them minutes before impact, the closest the United States has come to bombing Iran in 40 years of animosity between the two states.