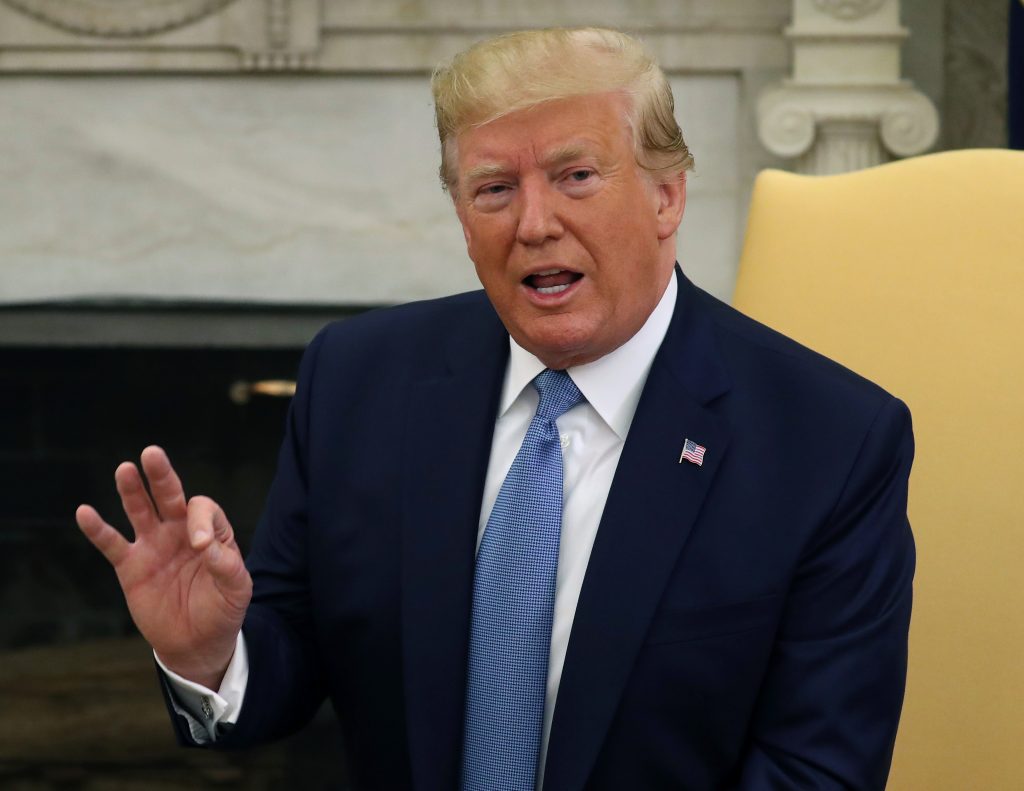 The White House and House Speaker Nancy Pelosi, D-Calif., reached a tentative two-year budget deal on Monday that would raise spending caps by $320 billion and suspend the debt ceiling until after the next presidential election.

The agreement, which still must be passed through Congress, would likely clear a debt ceiling crisis later this year but it would also continue Washington’s borrowing binge for at least the next two years.

“I am pleased to announce that a deal has been struck with Senate Majority Leader Mitch McConnell, Senate Minority Leader Charles E. Schumer, Speaker of the House Nancy Pelosi, and House Minority Leader Kevin McCarthy – on a two-year Budget and Debt Ceiling, with no poison pills,” President Trump tweeted Monday. “This was a real compromise to give another big victory to our Great Military and Vets!”

The deal was immediately met with fierce resistance from some prominent Democrats and Republicans, a backlash that will force congressional leaders to work hard this week to assure they have enough votes for passage.

Sen. Patrick Leahy of Vermont, the ranking Democrat on the Senate Appropriations Committee, said he was furious that the deal would not block Trump from using funds to erect a wall along the Mexico border, and Republican Study Committee Chairman Rep. Mike Johnson, R-La.,, said he was angry the package added so much money to the debt.

Both parties are working to stake out positions that resonate with voters ahead of the 2020 elections.

The deal also marks a significant retreat for the White House, which insisted just a few months ago that it would force Congress to cut spending in a range of programs as a way to enact fiscal discipline. Instead, the White House agreed to raise spending for most agencies, particularly at the Pentagon.

In exchange, White House officials received verbal assurances from Democrats that they would not seek to attach controversial policy changes on future spending bills, though it’s unclear how that commitment will be enforced.

Pelosi brokered the deal with Treasury Secretary Steven Mnuchin, who Democrats and even some Republicans had seen as the best arbiter for a compromise. White House acting budget director Russell Vought sought last week to force Democrats to commit to $150 billion in budget changes in exchange for the new spending, but his demand was rejected.

Instead, negotiators agreed to $77 billion in accounting changes that likely won’t constrain any future spending. But it locked in more spending for the military and other programs, something Trump has tried to make a hallmark of his first 30 months as president. Trump has told a number of advisers that he wants to focus on spending cuts beginning in 2021, if he is reelected next year, and he has largely cast aside the budget slashing goals some of his aides have advocated for since his inauguration in 2017.

“We are I think doing very well on debt, if you look at debt limit, however you want to define that, but we’re doing very well on that and I think we’re doing pretty well on a budget,” Trump told reporters Monday. “Very important that we take care of our military, our military was depleted and in the last two-and-a half years we undepleted it, okay, to put it mildly, we have made it stronger than ever before. We need another big year.”

The deal would suspend the debt ceiling until July 31, 2021, meaning it would likely not need to be addressed again until the fall or winter of that year. And the two-year budget agreement would set spending levels through Sept. 30, 2022.

Many Republicans spent the bulk of the Obama administration insisting that the budget needed to shrink and calling for a constitutional amendment that would balance the budget. A number of those lawmakers have either left in recent years or muted their criticism of Trump’s embrace of big deficits, and some GOP leaders in recent weeks have said they need to focus on passing budget deals and not getting into messy fights without a clear strategy.

But some Democrats said they were upset that Democratic leaders did not secure a commitment from the White House that Trump would halt transferring money from military programs and using it to build a wall along the Mexico border.

“I’m worried the House is willing to give him far too much discretion to take money and move it anywhere he wants including a wall,” said Leahy, the Vermont Democrat. “So the way it is now I will not vote for it. . . . The other 99 can vote for it, I won’t.”