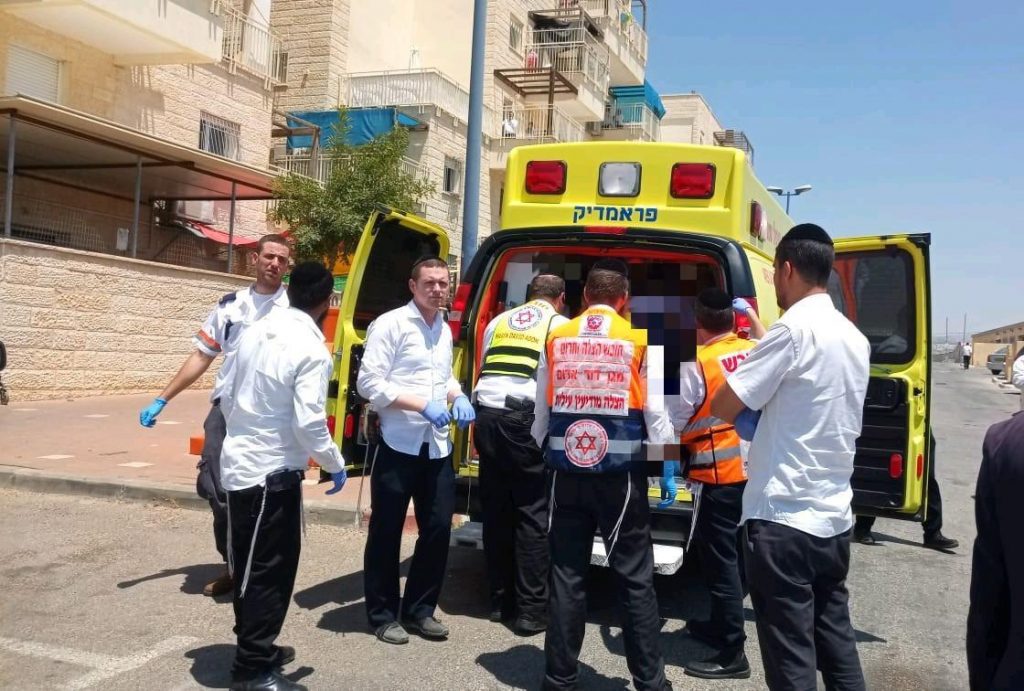 A six-month-old infant passed away Monday afternoon, after he was forgotten in a car in Modi’in Illit for three hours.

MDA and United Hatzalah emergency first responders were called to the scene to treat the child after he had been taken out of the car.

After prolonged CPR at the scene, it was decided to evacuate the toddler to Assaf Harofeh Hospital in Tzrifin.

According to the initial details, the mother – who is not a resident of the city and came to shop in Modi’in Illit – forgot her infant son in the car.

Testimonies by passersby indicate that the mother returned to the car after about three hours and discovered her baby unconscious. She began to scream and the passersby called the medical teams.

United Hatzalah’s Psychtrauma and Crisis Response Unit was dispatched to help the family members cope with the emotional turmoil resulting from the incident.

“We ask that parents always follow the safety procedures regarding vehicles and infants in cars,” United Hatzalah said in a statement Monday.

“Never leave an infant or small child unattended in a car, not even for a second, and always make sure that no one is left in a vehicle by themselves when leaving the car. It is recommended that pedestrians keep an eye out for children inside parked cars, especially during the hot summer months, and if you see something, please call for emergency help in an effort to avoid tragedies from occurring.”

Data from the Beterem organization for children’s safety indicate that between 1999 and 2008, the media reported 801 cases of leaving children alone in a vehicle or trapped in a vehicle. Thirty of these cases unfortunately resulted in the death of the child. In 76% of the cases the children were under three years of age.