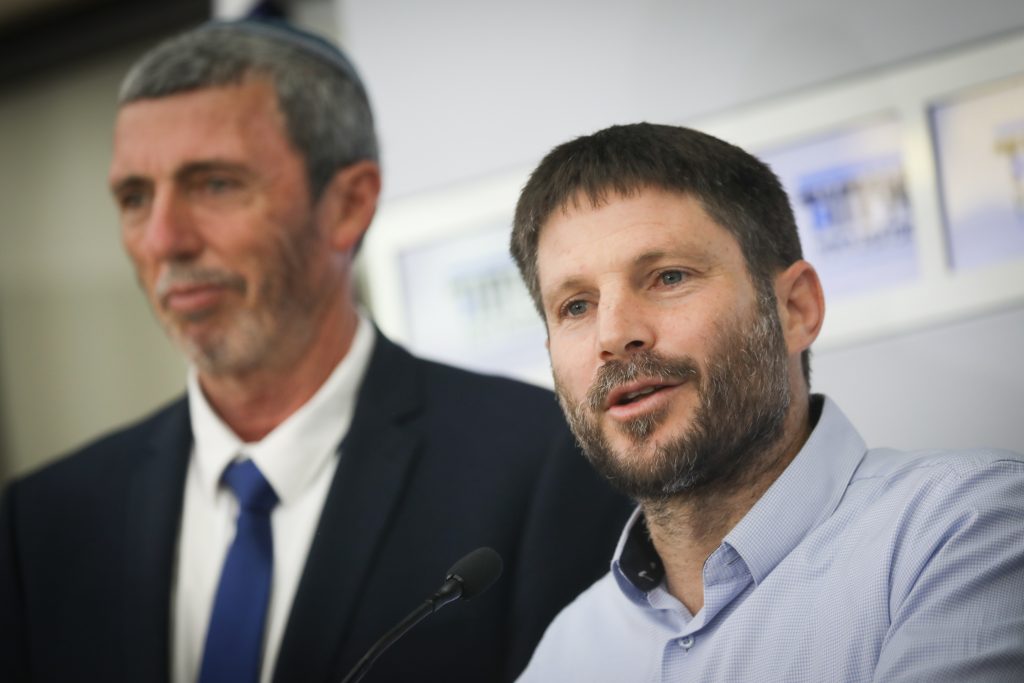 Is the next stage, after the announcement that Ayelet Shaked would lead the New Right, a joint run between that party and the United Right List? At a meeting Monday morning, Shaked and List leader Rabbi Rafi Peretz discussed the possibility, with both issuing positive reviews of the discussion.

In a statement, Peretz said, “the responsibility for unity is on our shoulders. This is what is required right now. I will do everything I can to make sure that happens.”

A single unified party to the right of the Likud – led by Shaked – was becoming more of a likelihood, Monday, after the former justice minister said Sunday night that she had come to an agreement with Naftali Bennett that she take the reins of New Right.

Polls have shown that with Shaked at the helm, New Right would get as many as eight seats, nearly double what it would have gotten with Bennett heading the party. Speaking at a press conference Sunday night, Shaked said “I will lead the New Right, and I call on all parties to the right of the Likud to unite.”

As a result of the announcement, a meeting between Peretz and Prime Minister Binyamin Netanyahu Sunday was canceled. Media reports said that the purpose of the meeting was to urge Peretz to remain at the head of the United Right List, and not to let Shaked take over. In a statement Monday, Netanyahu said that “in recent days I have gotten many requests to intervene in what is going on with the right, otherwise we could waste another 5 or 6 mandates and have to have elections yet again. I am not getting involved in these matters at this time, but it there is a need for me to do so, I will.”

Meanwhile, Transportation Minister Betzalel Smortrich said Monday that he was in favor of a joint run. “If I have to give up my place I will do so,” he told Reshet Bet. “If they want a four-way leadership, then let it be so. I can tell you that Rabbi Rafi Peretz does not rule out the possibility that Shaked will lead this joint list,” he added.