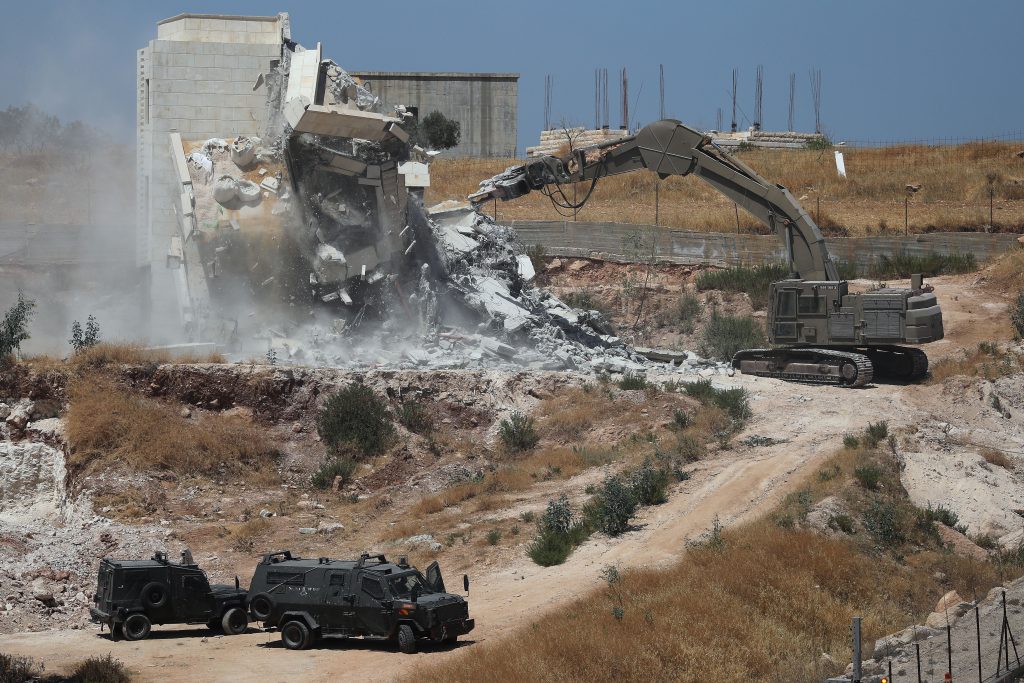 Israeli authorities clashed with the European Union over the demolition of illegal buildings on the outskirts of Yerushalayim on Monday.

In the early morning hours, Israeli forces demolished a cluster of 10 Palestinian apartment buildings near a security barrier that runs through the village of Sur Baher. Residents were cleared before bulldozers tore down the homes, while hundreds of Israeli police and soldiers stood by to maintain order.

U.N. officials, who had called on Israel to halt the demolition plans, said 17 Palestinians faced displacement. Israel’s High Court approved the operation on the grounds of security concerns. Most of them were under construction.

In a statement, the European Union said the structures, containing some 70 apartments, were in areas under PA jurisdiction and that Israel’s demolition policy in occupied territory was illegal under international law.

“In line with the EU’s long-standing position, we expect the Israeli authorities to immediately halt the ongoing demolitions,” it said.

Gilad Erdan, Israel’s internal security minister, accused the E.U. of buying into “the lies of the Palestinians.” He tweeted that, under the Oslo accords, Israel has the right to act against illegal construction that presents a security threat.

“In the context of today’s demolitions in Jerusalem’s Wadi Al-Hummus, it is worth emphasizing that the residents themselves were the ones who wanted to move to the west side of the security barrier, and the barrier was then diverted eastwards for them,” Erdan wrote. “Afterwards, they then began illegally building in a region situated in Jerusalem, even though they were in areas A, B and C.”

“Palestinians purposely built their houses next to the security barrier!” he stressed.