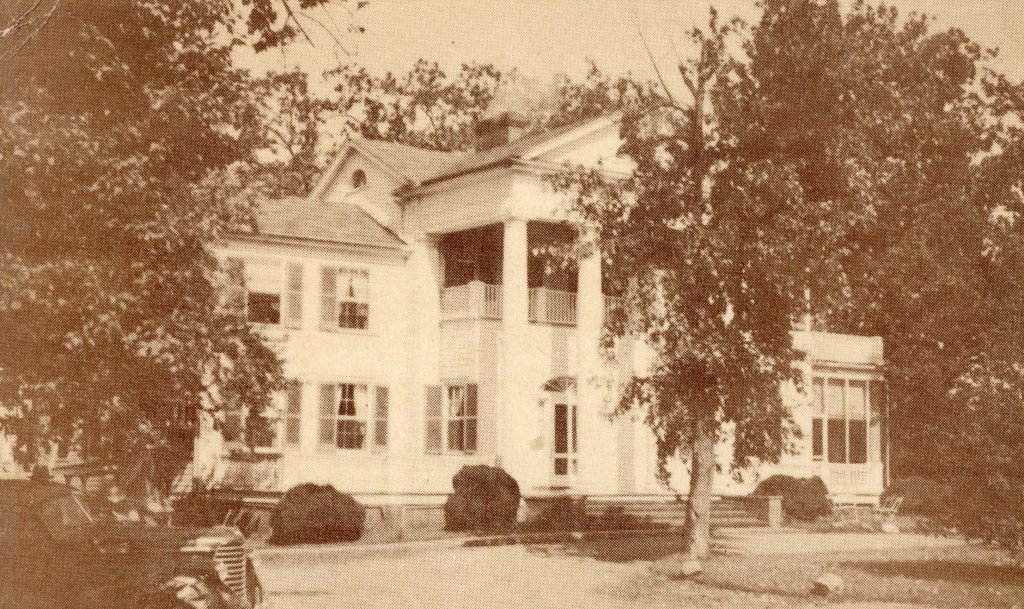 A historic mansion on farmland once owned by George Washington is set to be demolished, a loss bemoaned by some in Virginia.

The Collingwood mansion, on almost nine acres of land along the Potomac River about four miles north of Mount Vernon, was once part of Washington’s sprawling estate, which included five farms, nearly 8,000 acres and up to 200 enslaved people. Part of the mansion may have been built to house one of Washington’s overseers, local historians say.

Tyler Murrell, one of the sons in the family that owns the Five Guys restaurant chain, bought the property in 2015 for $2.6 million, according to Fairfax County land records. Murrell was unable to be reached for comment. Calls to the Five Guys headquarters in Virginia were not returned.

A demolition permit application was filed last month, and the county granted permission July 1 to tear down the structure.

“It’s always deeply disappointing to see the loss of a historically significant building like Collingwood mansion,” said Brian Worthy, a county public information officer. “While this home is listed on Fairfax County’s Inventory of Historic Sites, this designation is honorific only and it doesn’t prevent the property owner from making changes, including tearing it down.”

Worthy said he did not know when the demolition would be scheduled. The permit is valid through the end of the year.

Anne Stuntz, chair of the Fairfax County History Commission, sent a letter in December to Fairfax County Supervisor Daniel Storck, trying to save Collingwood. The property had the potential as an archaeological site “both related to the house itself and its outbuildings, and to Native American occupation,” Stuntz wrote. Some surveys around the house had already produced artifacts.

“I hate when we lose these lovely old buildings,” Stuntz said in a phone interview.

“It is hard because there is so much history in them,” she said. “But in the state of Virginia, generally speaking, if you own a piece of property you have a lot of rights. It is tricky to impose what we want on a private owner.”

Washington bought the Collingwood property in 1760, after he married the widow Martha Dandridge Custis, who brought with her 153 enslaved people.

Collingwood was part of five farms that “were the focus of intensive agricultural activity,” according to Mount Vernon.

“Washington farmed some of the land while renting out the rest to tenants,” said Mary Thompson, the research historian at Mount Vernon.

A 1790 almanac said that the farms were used to grow corn, barley, potatoes, beans and peas, and that Washington was active in managing the properties.

“The lands about his seat are all laid down in grass; the farms are scattered around at the distance of two, three, four or five miles, which the General visits every day, unless the weather is absolutely stormy,” according to the 1790 almanac. “He is constantly making various and extensive experiments for the improvement of agriculture. He is stimulated with that desire which always actuates him – to do good to mankind.”

After George Washington died at Mount Vernon on Dec. 14, 1799, he bequeathed the land to the two minor sons of his nephew, George Augustine Washington, Thompson wrote.

Though Washington freed his own slaves in his 1799 will, he could not free those owned by Martha Washington, according to an exhibit at Mount Vernon.

Over the years, the property at Collingwood changed hands a number of times. According to the Fairfax County Inventory of Historic Sites, the current house was built in 1852 by Henry Allen Taylor.

Then Natalie Yates “remodeled the house to its current two story, Colonial Revival appearance,” including building “the imposing porch.” Yates operated the house as a tea room. Collingwood also served as a restaurant. During World War II, historians say, the grounds may have housed a school for military intelligence.

The Foundation for the National Library and Museum on Americanism bought the property in 1977. Collingwood was also the headquarters of the National Sojourners, a fraternal organization for U.S. military officers and Masons dedicated to preserving U.S. history.

The Collingwood Library and Museum held a collection of more than 4,500 books – including titles by George Washington – and artifacts. When the foundation operating the museum fell into deep debt, it listed the riverfront property for sale for more than $5 million.

Tammy Mannarino, a local historian, expressed dismay about the impending loss of Collingwood.

“We are fortunate to live close to George Washington’s Mount Vernon estate, but it makes us less sensitive to other significant landmarks and people,” she said. “As a result, we are losing important pieces of our history.”