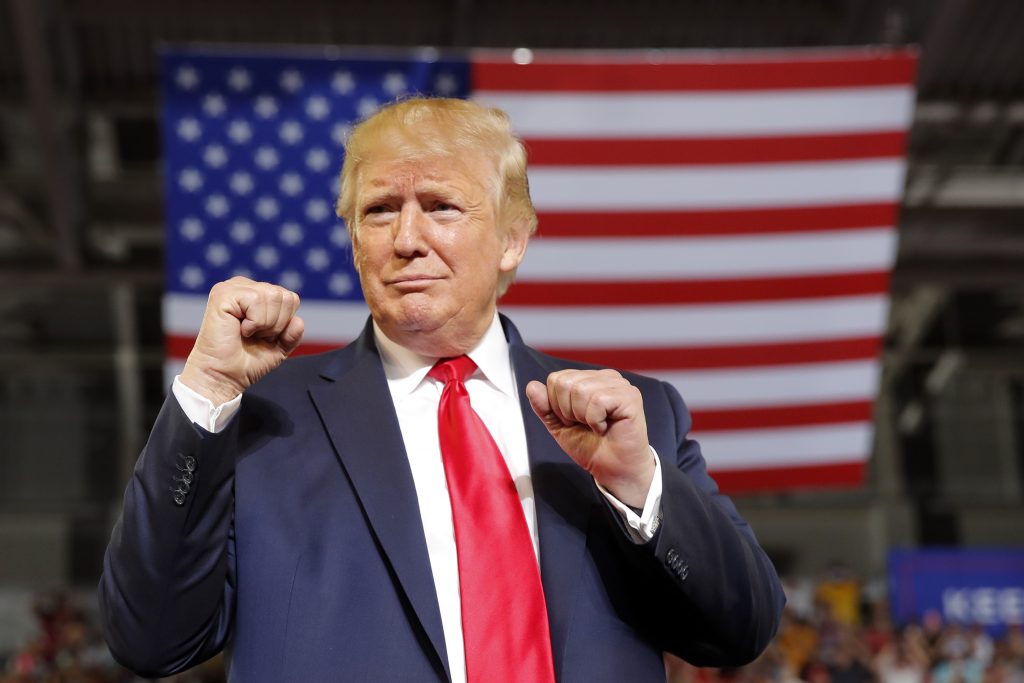 When Fox News host Tucker Carlson took the stage at the National Conservatism Conference last Monday in Washington, his tone was self-deprecating yet triumphant. Deputy national security adviser Michael Anton has deemed Carlson the “de facto leader of the conservative movement,” and the audience wanted a coronation. Carlson, however, rebuffed the offer with some proverbial wisdom. “In the end,” he said, “all graves go unvisited.” And while this statement was about himself, the writing was on the wall. The establishment conservative consensus that dominated the Republican Party since the days of Ronald Reagan was being laid to rest, and no one cared to send flowers.

For the next hour, Carlson laid waste to the pieties of a thousand white papers and endless summer seminars promoting the dogmas of radical individualism, unfettered free markets and global hegemony – in short, all the things that made up American conservatism for the last generation. It was time, he said, to climb up into the attic and start tossing out the junk. And down it came: Speech after speech declared independence from neoconservatism, neoliberalism, libertarianism and classical liberalism. In substance and in tone, this was not the conservatism of National Review, the Weekly Standard or the Conservative Political Action Conference, but something consciously distinct and admittedly superior.

There has been much intellectual ferment on the right since the 2016 election but never a public gathering of this scale explaining what Donald Trump’s victory means for the future of the Republican Party. Under the auspices of the Edmund Burke Foundation, a new group of self-described “national conservatives” gathered to proclaim that big business is a greater threat to liberty than big government, that identity politics is a Freudian fraud and nation building is a chimera. In short, the aim of this new conservative politics is not more freedom but strong families, resilient faith communities and a thriving middle class. If the influence of Russell Kirk, American conservatism’s founding father, provided the intellectual framework for the conference, Pat Buchanan’s pitchfork populism replaced William Buckley’s Northeastern elitism as its animating spirit.

Despite its many virtues, the most common refrain by skeptics was that national conservatism ignores President Trump’s many character flaws and clamors for revolution without any plan for what comes next. In reality, however, national conservatism is much bigger than the president and does have a coherent philosophy and policy agenda – establishment conservatives simply pretend otherwise out of self-preservation. To admit that an alternative program exists could threaten their own job security. In other words, they love the idea of free markets and competition unless it means giving up their own monopoly on allowable conservative opinion.

Trump won in 2016 by tapping into Midwestern voters who were socially conservative and economically nationalist. This constituency was not represented by a single think tank in Washington. But if this new movement succeeds in building an army of institutions, scholars and politicians, what would its agenda look like in practice?

In economics, it would aim to strengthen the middle class, reduce income inequality and develop an industrial policy to ensure economic independence from China for essential military supplies. Policy proposals could include incentivizing investment in capital equipment and research and development; ending tax advantages for shareholder buybacks; federal spending on infrastructure; promoting skilled trades and vocational programs; busting up inefficient monopolies through antitrust enforcement; slowing immigration rates to tighten labor markets and raise wages for the working class; holding universities liable for student loan debt in cases of bankruptcy; and raising tariffs across the board while slashing taxes on the middle class.

As relates to culture, national conservatives would aim to support families by being pro-life for the whole life. Policy ideas might include paid family leave, increasing the child tax credit, federally funded prenatal and maternal care, reducing or eliminating income tax on families with three or more children, and working toward a society in which a mother or father can support a family on a single income. America’s Judeo-Christian roots would be celebrated, and churches and charitable organizations would be given preference in caring for the poor.

In foreign affairs, national conservatives’ goal is to protect the safety, sovereignty and independence of the American people. America’s regime-change wars in Iraq, Afghanistan, Libya, Syria and Yemen would be recognized as imperial hubris, and anyone involved in their promotion exiled from future positions in Republican administrations. Presidents who ignore congressional authorization for war would be impeached, and members of Congress who eschew their constitutional duties would be stripped of committee assignments and “primaried” in the next election. We would command the seas and space, bring the remaining troops home, secure our own borders and rebuild America.

After touring all 67 counties in Pennsylvania during the 2016 election, author and reporter Salena Zito told conference attendees that the Republican Party is now the party of America’s working and middle classes. Which means the party’s future, as well as that of the conservative movement, depends no longer on Wall Street but Main Street. If national conservatives can build upon the historic legacy of statesmen such a Washington, Hamilton and Lincoln, while being attentive to the interests of their new constituency, they might just get tired of winning.

Burtka is executive director of the American Conservative magazine.