Politics Will Pompeo Run for Office Again? Some Trump Advisers Believe He Already Is
Politics 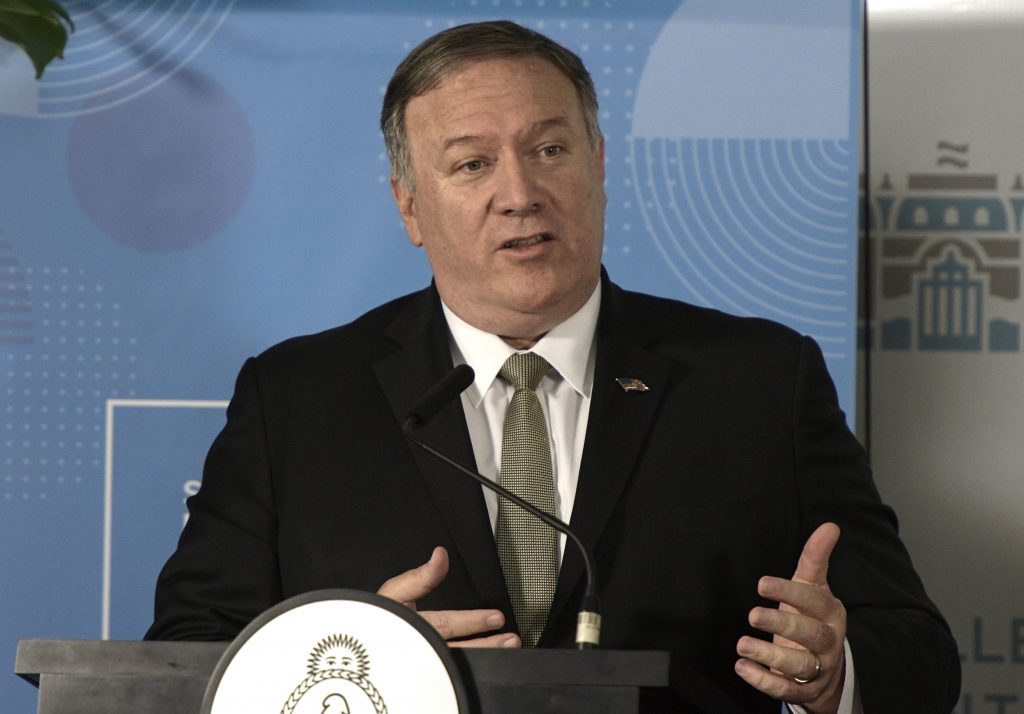 Secretary of State Mike Pompeo may have publicly ruled out a run for Senate next year. But some advisers to President Donald Trump don’t believe him.

At the White House, some of the president’s top foreign policy aides see political mindfulness in Pompeo’s recent actions on Iran and North Korea policy – a cautiousness around President Trump that belies his assertive public persona.

Skepticism of Pompeo within the West Wing, particularly among National Security Council officials, is rooted in deep and longstanding policy divisions between Trump’s White House and State Department. But sources in both camps describe a secretary of state highly concerned with his media image, fueling speculation about his political ambitions.

“The widely held assumption is that he’s preparing a run, because he wants the reputation of a tough man without having to take on all the political risks that position requires,” one senior administration official said. “Pompeo has never stopped being a congressman – he’s a congressman serving as a secretary of state.”

“The fear is getting fired like the last guy and having his entire political career ended by tweet,” the official added.

A second official, also speaking on the condition of anonymity to speak candidly, told McClatchy that Pompeo appeared to be tempering his instincts on Iran and North Korea to appease a president wary of being cornered into unwanted conflicts.

In one Oval Office meeting, at the Resolute Desk standing beside National Security Advisor John Bolton, Pompeo demurred in a debate over scrapping sanctions waivers for allies cooperating on nuclear work with Iran, vacillating in front of Trump despite privately supporting the policy.

An ally of Pompeo in the administration pushed back at the notion that he pulled punches. “Secretary Pompeo has never shied away from sharing his thoughts about foreign policy. Anyone who tries to say otherwise clearly hasn’t been paying attention to his career here in Washington,” the administration official said.

The president, by all accounts, maintains confidence in his top diplomat. But Trump is aware of the speculation in Washington that Pompeo may be considering running for office.

Pompeo’s inner circle rejects this narrative, arguing that his focus remains on his current job.

“Secretary Pompeo is singularly focused on his duties as secretary of state, the mission of the State Department, serving the American people through diplomacy, and implementing the foreign policy of the President of the United States,” said a person close to the secretary.

Some in the White House see Pompeo appearing to lay the groundwork for a graceful exit from the administration that avoids the humiliating fate of his predecessor, Rex Tillerson, who was fired, and more closely resembles the balletic departure of Nikki Haley, who stepped down as United Nations ambassador with praise from President Trump.

Haley, a former South Carolina governor, is considered most likely to challenge Pompeo for the Republican Party mantle in 2024.

Senate Majority Leader Mitch McConnell, R-Ky., hasn’t been shy about sharing his preference that Pompeo succeed Sen. Pat Roberts when the Kansan retires at the end of his current term.

Pompeo has repeatedly said he has no plans to run for Senate in 2020, but calls for Pompeo to enter the race have only intensified following former Kansas Secretary of State Kris Kobach’s entry into the race this month.

A source familiar with the secretary’s thinking pushed back against the notion that Pompeo had already shifted his focus to future political campaigns.

Pompeo is frequently named on a short list of potential contenders for the GOP presidential nomination in 2024, alongside a handful of political veterans who have navigated the Trump era. The question is how best to get there – and for Pompeo, a perch in the Senate might provide him with a platform to remain relevant in national discourse regardless of whether Trump is reelected next year.

Pompeo and his wife, Susan, plan to make a short visit in August to Kansas, according to multiple sources familiar with the Cabinet secretary’s travel plans. The return to Kansas, his second trip to the state since Roberts announced his retirement, is likely to reignite speculation about his political future.

One Kansas Republican source said that Pompeo has asked friends in the business and political communities to keep their schedules open, but another source stressed that the purpose of the trip is purely personal.

“They’re not coming for a pre-campaign thing. They’re just popping in,” said one of Pompeo’s Kansas friends, who said the couple planned to visit with his mother-in-law.

The Kansas race gained national attention when Kobach, a hardline conservative who lost the 2018 race for governor, announced his bid for Senate. That 2018 campaign struggled to raise money and turned off many moderate GOP voters with a message focused on illegal immigration.

The National Republican Senatorial Committee took the unusual step of slamming Kobach’s candidacy on the day of his kickoff – a sign that the national party sees Kansas potentially in play despite the GOP’s monopoly on Senate seats in the state for more than 80 years.

The message from McConnell and other national Republicans has been clear. They’re willing to wait for Pompeo.

“The Kansas race is still unfolding. I’ve said several times — I’m not sure the president agrees with this — that I’d love to see the secretary of state run for the Senate in Kansas,” McConnell said last week.

Pompeo has time. The state’s filing deadline isn’t until June 2020, two months before the August GOP primary, and Pompeo would enter the race with unparalleled name recognition and support from the powerful Koch political network.

For four straight elections, the Wichita Republican was the top recipient nationwide of contributions from Wichita-based Koch industries as a U.S. House candidate.

He also has roughly $1 million in a dormant House campaign account that could be used to kick-start a Senate run.

Sen. Jerry Moran, R-Kansas, said when he last spoke to Pompeo about the Senate race he reminded him about the major lifestyle change that would result from leaving the Cabinet to mount a campaign in the Midwest.

“When we had a conversation about this my point to him was, ‘When I hang up the phone, Mike, I’m on my way to the Lions Club pancake feed. I don’t know how you spend your time,’” said Moran, who frequently returns to Kansas for local events and holds town halls in each of the state’s 105 counties every two years.

Pompeo briefly weighed a Senate primary against Moran in 2016 before opting for another successful run for the U.S. House. Trump selected Pompeo to head the CIA shortly after the election.

In March, Pompeo visited Johnson County, Kansas’ most populous and affluent county, for a State Department-hosted event centered on global entrepreneurship. Pompeo joked at the March event that he would remain in his current position until Trump tweets him out of office.

But Pompeo’s statements downplaying his interest in a Senate run haven’t stopped chatter about the possibility among Republicans in Kansas and Washington.

“I don’t know what his current thinking is, but I assume rightly so from a policy and political view he has no choice but to stay focused on what he does on the day-to-day job,” Moran said. “I’m told that he is coming home to Kansas for a time in August, and maybe there’s an opportunity to have that break.”