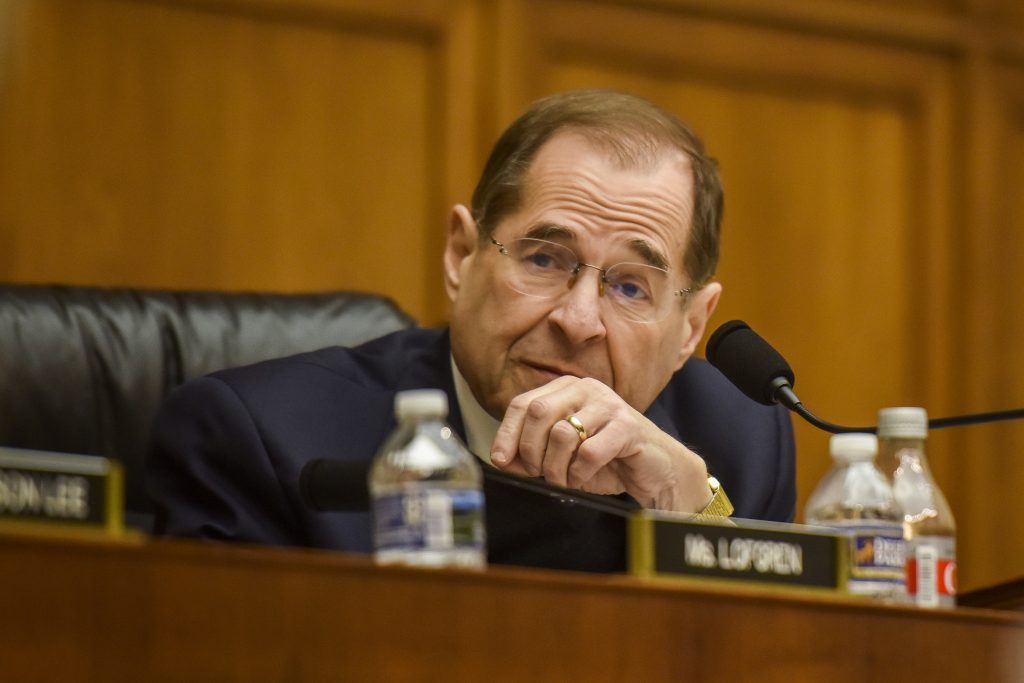 The two House chairmen who will oversee this week’s hearings featuring former special counsel Robert Mueller III on Sunday declared President Donald Trump an “unindicted co-conspirator” and accused him of high crimes and misdemeanors but stopped short of calling for his impeachment.

In an interview on “Fox News Sunday,” Nadler defended his decision to call Mueller to testify and said the public needs to hear directly from the former special counsel about his report on Russian interference in the 2016 campaign.

“The report presents very substantial evidence that the president is guilty of high crimes and misdemeanors,” Nadler said. “And we have to let Mueller present those facts to the American people and then see where we go from there, because the administration must be held accountable and no president can be above the law.”

Aides say Nadler has privately voiced support for impeachment proceedings against President Trump, but he has stopped short of publicly calling for such a move.

Schiff on Sunday was asked about news last week that the U.S. attorney’s office in the Southern District of New York has concluded its campaign finance investigation centered on Michael Cohen, Trump’s former personal attorney.

Schiff said on CBS News’ “Face the Nation” that it was “clear” that the Justice Department feels bound by an Office of Legal Counsel opinion that prevents the indictment of a sitting president. He added that Trump “is an essentially unindicted co-conspirator” and predicted that federal prosecutors will take another look at the case once the president leaves the White House.

“I assume that all this means, in terms of the Southern District of New York, is that the case will be reopened when he leaves office, providing the statute of limitations has not run, and the Justice Department will have to weigh whether to indict the former president,” Schiff said.

The two panels have taken the unusual step of coordinating their questioning. Judiciary Committee Democrats plan to focus on possible obstruction of justice, while members of the Intelligence Committee are intent on getting answers about Russia’s contacts with the Trump campaign.

Last week, when the House voted to kill an impeachment resolution filed by Rep. Al Green, D-Texas, Schiff voted with most Democrats to table it, while Nadler was among the 95 Democrats who voted to keep the measure alive.

Nadler and several other Democrats on the Judiciary Committee tried to persuade Speaker Nancy Pelosi, D-Calif., and other party leaders to refer the articles of impeachment to their panel but were rebuffed, according to congressional officials, who spoke on the condition of anonymity to discuss internal talks.

Democrats are divided about what they want to take place after Wednesday’s hearings: Pelosi and other party leaders are reluctant to pursue an impeachment inquiry, while many rank-and-file members consider Mueller’s testimony their best shot at moving public sentiment toward ousting Trump.