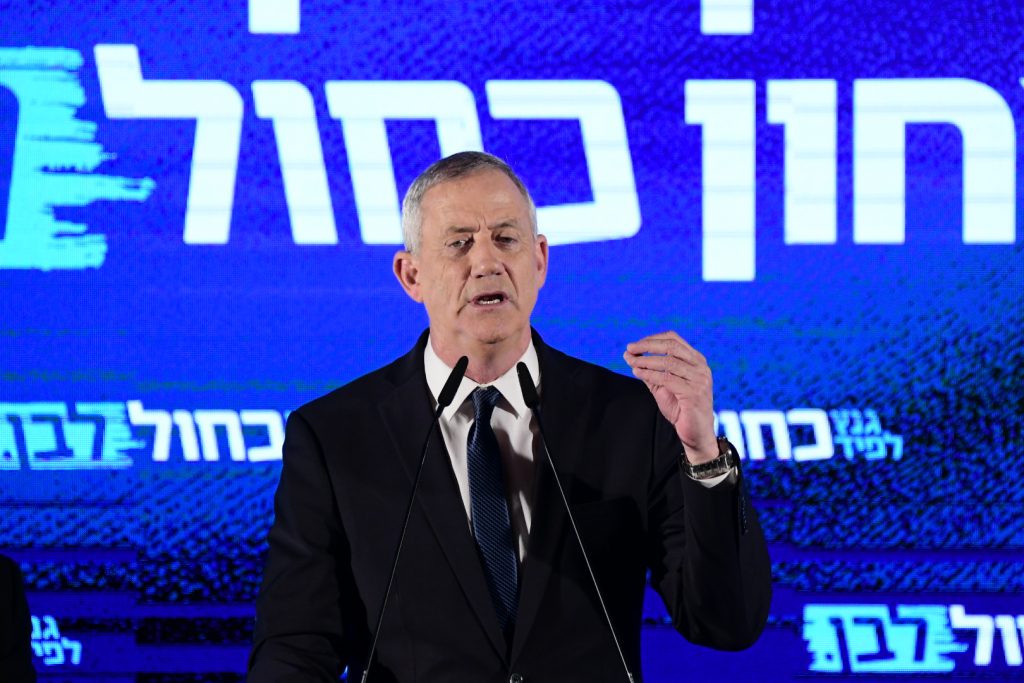 A report in the weekend Yediot Acharonot said that officials from Blue and White had discussed the possibility of joining a Benny Gantz-led government with chareidi MKs – without Yair Lapid in line for the prime minister’s post.

The report, by analyst Amit Segal, said that given the circumstances there was no other possibility for the formation of a government. All recent polls show that the Likud falls short of the 61 seats needed to form a government, even taking into account right-wing and chareidi parties, Blue and White would have an even harder time forming a government, as a coalition with far-left Meretz and the Arab parties would be the only way Gantz could approach the 61 MKs needed.

Segal said the report was based on sources in the two large parties. There has been no comment from either the Likud or Blue and White on the report.