New Arrangement Will Keep Lakewood’s Buses Rolling for Another Year 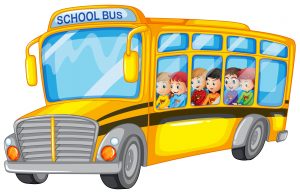 As weeks of drama that put busing for thousands of Lakewood’s children in jeopardy wind down, a creative solution has been found that will maintain the arrangement that has stabilized the town’s student transportation over the last three years.

Under the deal, the Lakewood Student Transportation Authority (LSTA) will continue to operate, albeit as a fully private consortium, that will be contracted directly either by the town’s board of education or by the township itself, supplemented by funding obtained through a state loan to the district.

“After a lot of back and forth over exactly how we could do this, working together with township and state officials we were able to find a way for LSTA to continue busing Lakewood’s kids to school for another year,” Rabbi Avi Schnall, Director of Agudath Israel of America’s New Jersey division, told Hamodia. “Hopefully going forward, we will be able to pass legislation making LSTA a permanent fixture, and avoid all the excitement.”

In 2016, New Jersey’s legislature approved a bill that launched a three-year pilot program, which transferred to a consortium all funds for the transportation of private-school students – which became known as LSTA. A combination of more aggressive price negotiations and efforts to streamline the transportation system as well as with additional help from the township have allowed for nearly all of Lakewood’s students, both private and public, to receive transportation since the launch of the program.

At the end of this year, the three-year pilot program is set to expire. Yet, this past March, many breathed a sigh of relief when a budget proposal by Governor Phil Murphy included language to re-authorize the consortium and additional funding for the district, which would also cover some outstanding transportation costs.

The sigh of relief, however, quickly turned into a gasp in the last week of budget negotiations this past June. That was when the $30 million that was mostly earmarked for Lakewood’s public schools – but also included $6 million for the LSTA – was slashed by legislators.

Upon hearing the news, Rabbi Schnall and Township Committeeman Meir Lichtenstein raced to Trenton to explain the level of chaos that would likely ensue should LSTA be gutted. Working over the coming weeks with key members of the Murphy administration, the funding was replaced in the form a loan directly from the state Department of Education, the method by which the deficit-laden district has been kept afloat for several years.

Yet, the move did not take Lakewood busing out of the crosshairs. In the days before the budget was signed, the language authorizing the LSTA to continue was challenged by the Education Law Center (ELC) which claimed that without funding attached, the budget was a legally dubious vehicle to create a government entity. Noting the objections of ELC, a group with a long history of advocating against what is widely seen as the interests of the private school community, Governor Murphy exercised a line item veto, striking the language from the budget.

With loan in hand but the authorization struck, those working to save busing for the coming year now had the needed funds; however, they lacked the organizational framework to put that money to work. This left local officials and advocates searching for a solution to keep LSTA in place without a legislative mechanism.

New Jersey law requires the state to transport both public- and private-school students. However, this mandate is only in place for those who live two or more miles from their school. Those whose homes are closer receive what is termed “courtesy busing,” which is only provided if extra funds are available. For years, mounting deficits in the Lakewood district made the cancellation of courtesy busing for both private and public school students a yearly routine. Yet because the safety risks and congestion that would result from slashing the service would have posed too great a challenge, it would annually be saved at zero-hour through a combination of state loans and funding from the township.

The creation of LSTA has stabilized the situation. Under the pilot program, rather than directly funding busing for Lakewood’s private-school students, funds for their transportation were paid to LSTA. With the money saved by more aggressive negotiations and multi-year contracts – which the school board is legally barred from entering into – enough money was saved to provide for courtesy busing as well. As part of the arrangement, families of private-school students receiving non-mandated busing pay a $150 fee. The township has paid directly for courtesy busing for public school students.

While details are not yet final, under the present arrangement, LSTA will continue to operate, but as a completely private entity, overseen by an independent board that will provide oversight into its operations.

Doubts remain as to whether legal restrictions will allow such an arrangement directly between the consortium and the school district which receives the funding. Should the arrangement prove untenable, funding will be handed over to the township, which will then contract with LSTA.

Lakewood’s Mayor, Ray Coles told Hamodia that he would prefer a direct arrangement between the BOE and LSTA, but if that is not practical, the township would be ready to step in.

“We’re committed to making sure that busing continues one way or another,” he said. “Under the circumstances, LSTA is the best way of doing this. They’re busing 30,000 kids to school every day. And with the multi-year contracts, they’re doing it cheaper than any district in the state can.”