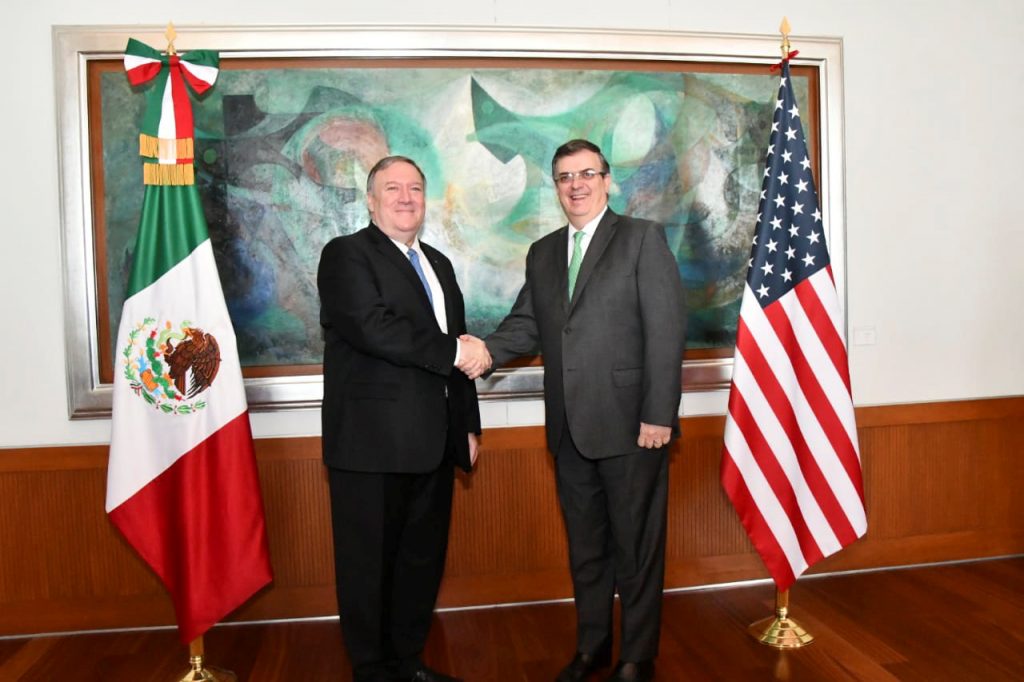 Secretary of State Mike Pompeo recognized the “significant advances of Mexican operations” in reducing migrant flows to the United States, part of an agreement between the nations, Mexico’s foreign ministry said on Sunday.

Pompeo met with Mexican Foreign Minister Marcelo Ebrard on Sunday in Mexico City to discuss migration and trade, amid heightened bilateral tension ahead of a July 22 deadline on the deal that removed tariff threats on Mexican exports.

“On immigration, Secretary Pompeo recognized the significant progress made by Mexican operatives, in compliance with the agreement between the two countries reached on June 7 in Washington D.C.,” the ministry said in a statement.

Under the agreement, Mexico averted punitive tariffs on U.S.-bound Mexican shipments threatened by President Donald Trump by promising to cut the number of illegal migrants traveling from Central America to the U.S. border.

Pompeo said in a post on Twitter that the “U.S. and Mexico share so much more than a border. In our meeting, Ebrard and I reaffirmed our shared democratic values and cultural ties.

“Mexico is one of our most important partners to increase prosperity and security for our countries and the region,” said Pompeo.

The meeting between the nations’ two top diplomats came a day before the end of the 45-day period and as U.S lawmakers wrangle over a regional trade deal meant to replace the current North American Free Trade Agreement (NAFTA).

Ebrard said considering the advances Mexico had made, it is not necessary to “initiate any type of negotiation on a safe third country agreement between Mexico and the United States.”

The agreement laid out that if the United States deems that Mexico has not done enough to thwart migrants, the two countries will begin talks over changing rules to make most asylum seekers apply for refuge in Mexico, not the United States.

The Mexican ambassador to Washington, Martha Bárcena, on Thursday said “we have said once and again that we are not ready to sign” any such safe third country agreement.

Ebrard said on Friday that Mexico has followed through on its commitment to the United States to reduce migration from Central America, after apprehensions of migrants on the southern U.S. border dropped by roughly a third to about 100,000 in June. Mexico has deployed some 21,000 militarized National Guard police to decrease the flow of people.

President Trump has made immigration a cornerstone of his presidency and pledged to build a wall on the southern border with Mexico in his 2016 run for office. He has since fought with Congress and in the courts for funding to pay for it.

His administration announced sweeping new asylum rules last Monday that bar almost all immigrants from applying for asylum at the U.S.-Mexico border by requiring them first to pursue safe haven in a third country through which they had traveled on the way to the United States.