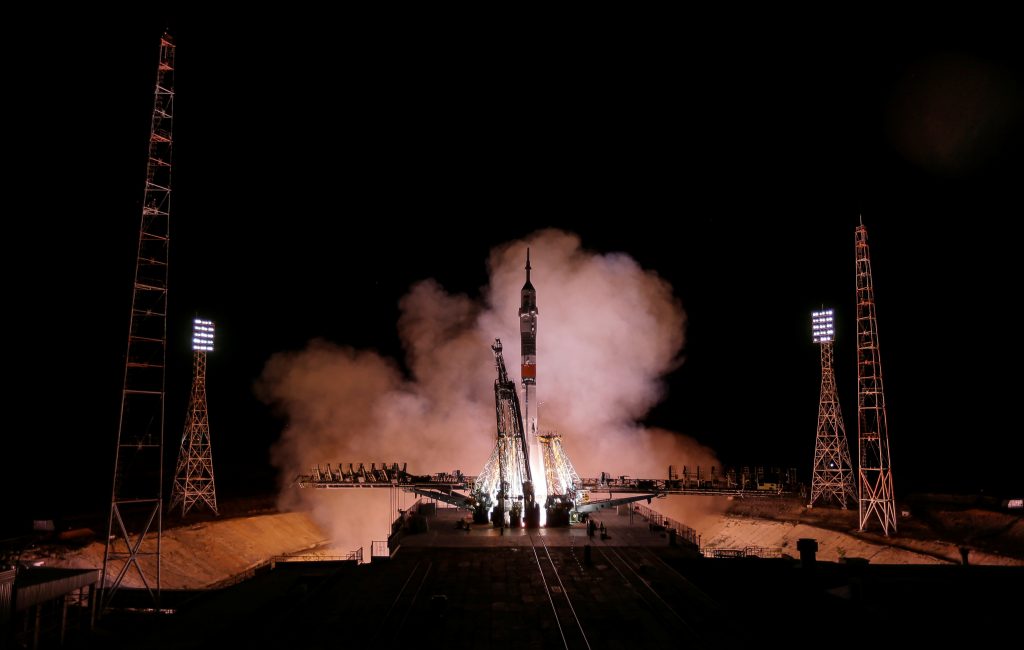 A Russian space capsule with three astronauts aboard has blasted off for a fast-track trip to the International Space Station.

Saturday’s launch took place on the 50th anniversary of the day U.S. astronauts landed on the moon.

It is carrying Andrew Morgan of the United States on his first space flight, Russian Alexander Skvortsov on his third mission to the space station and Italian Luca Parmitano.

The capsule is expected to dock with the International Space Station after four obits at 2251 GMT. Russian Alexey Ovchinin and Americans Nick Hague and Christina Koch have been aboard since March.

The crew patch for the expedition echoes the one from Apollo 11’s 1969 lunar mission.