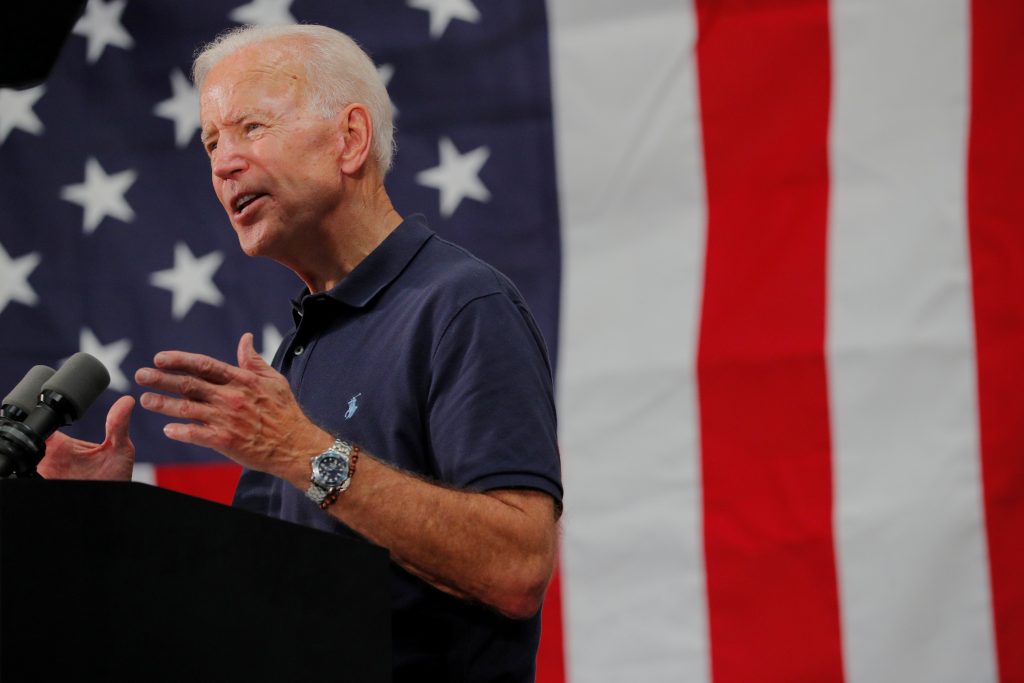 Biden, in California for a two-day swing to campaign and fundraise, told a gathering that Trump is “more George Wallace than George Washington.”

His 1972 presidential bid ended when he was shot, but he survived. Wallace died in 1998.

Biden’s comment came days after Trump said in a tweet that four U.S. congresswomen of color “should go back and help fix the totally broken and crime infested places from which they came.”

The tweet kicked off a week-long furor in Washington, with Democrats, and some Republicans, denouncing the comment as racist. Three of the four congresswomen were born in the United States, and all are U.S. citizens.

“Our children are listening to this. What the president says matters. It matters, because the president is the face of the nation,” Biden said in California.

Trump’s re-election campaign responded with a series of tweets highlighting what they said were Biden’s own past links to Wallace.

Biden, 76, says he was inspired to launch his 2020 White House bid after a 2017 white supremacist rally in Charlottesville, Virginia, where a woman protesting was murdered. After the rally Trump said that there were “good people on both sides.”

Biden, who served under former Democratic president Barack Obama, the first black U.S. president, has found his own record on race in the spotlight since launching his White House bid.

Presidential rival Kamala Harris, a U.S. senator from California and a woman of color, challenged Biden on the issue during the first Democratic debate, leading to its most contentious exchange.

Biden has also tried to tamp down criticism after recent comments that he, as a U.S. senator from Delaware in the 1970s, worked with two Southern segregationist senators as a way to get things done.

Biden has stressed that he entered politics in the early 1970s to fight for civil rights for minorities and civil liberties.

Biden and Harris are two of 25 Democratic candidates vying to become the party’s nominee to take on Trump in the November 2020 election. The two Democrats will face off in a second debate on July 31.