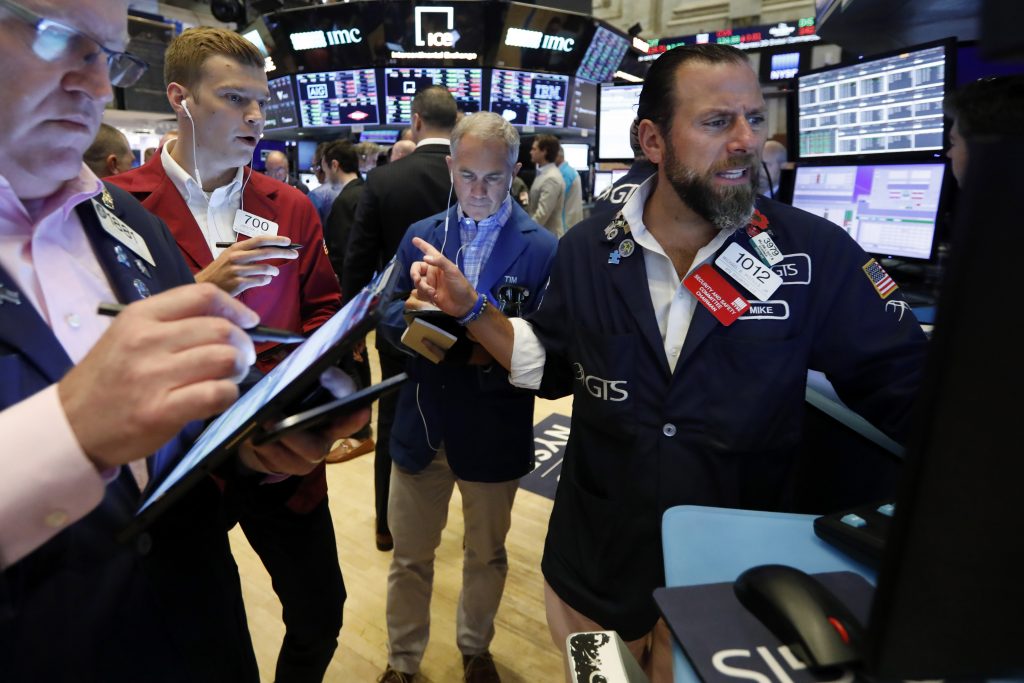 Markets have been volatile throughout the week as investors assess the latest corporate earnings reports. Financial results have so far been mixed. The S&P 500 closed at a record high on Monday and then wobbled from there.

Microsoft powered the technology sector, which led the broad gains early on. The software maker blew past Wall Street’s profit forecasts and reported solid growth for its cloud-computing business.

THE BIGGER PICTURE: After a volatile week, major U.S. indexes are on track for their first weekly losses after two weeks of gains. Stocks are still poised for solid monthly gains that will extend a year-long winning streak. The S&P 500 is up 19.6% for the year and the Nasdaq is up 23.9%.

ABOVE THE FOLD: USA Today owner Gannett surged 23.2% following media reports that it is considering a combination with GateHouse Media. The reports come two months after the Gannett’s shareholders rebuffed an attempt to overthrow its board by MNG Enterprises, also known as Digital First Media.

CRAVING A BURGER: Red Robin Gourmet Burgers rose 13.4% after the company received a buyout offer of more than $518 million in cash from a private equity firm. Vintage Capital Management is offering $40 per share, a 31% premium to the burger chain’s closing price on Thursday.