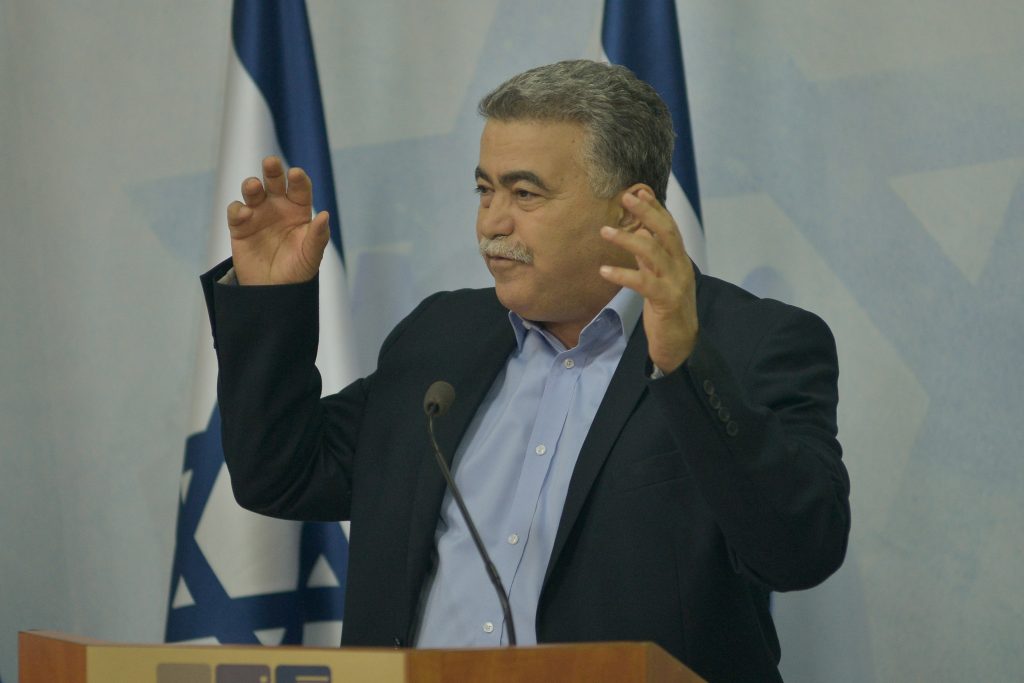 In what was billed as a “dramatic” press conference, Labor chairman Amir Peretz announced on Thursday evening that former MK Orly Levy-Abekasis will be running with his party in the September elections.

The Israeli media had been wrongfooted, as prior to the press conference they focused on the likelihood that Peretz would be announcing that Labor had finalized an agreement for a joint run with Meretz, something that was known to be in the works. Polls have been showing a Labor-Meretz combination could win 15 seats in the Knesset, a large gain over their current 6 (Labor) and 4 (Meretz).

The real drama turned out to be the fact that Meretz was out. Minutes before the Labor press conference, Meretz expressed dissatisfaction with the news, and indicated that the Labor-Meretz merger was now a dead letter. It emerged later that Peretz had told Meretz chairman Nitzan Horowitz that he was making a deal with Levy-Abekasis just before he went public with it.

Peretz “is repeating the mistake of [former chairman] Avi Gabbay and is destroying the possibility of mergers in the left-wing bloc,” the party said in a statement.

“In the moment of truth Peretz decided to repeat the mistake of his predecessor and refused an alliance between Meretz and Labor.”

Levy-Abekasis, left the Yisrael Beytenu party to run in the April elections at the head of her own Gesher party, which focused on socio-economic issues, but failed to cross the electoral threshold. The decision to join Labor represents a move to the left from her original political home in the right-wing Yisrael Beytenu.

Gesher will receive three of the joint slate’s first 10 spots, according to Channel 12 news

“I feel that at this moment, an alliance of renewal is forming, and we have found the way to unite and build a political home for all Israelis,” Peretz said. “The political framework that is being built here will change the rules, the walls of the crossings between the camps are falling now.”

It also emerged on Thursday that the possibility of Labor joining with Ehud Barak’s Israel Democratic Party was scuttled. Peretz has told his associates that it won’t happen, according to Ynet.

Earlier Thursday, Blue and White, Labor and Meretz MKs all urged Barak to quit the race, just weeks after he launched his political comeback.

“When Barak returned to politics, we welcomed him, but we see he is facing difficulties,” Blue and White MK Moshe Yaalon said, referring to media reports of improper conduct on Barak’s part. “I would advise him to quit the race and not waste votes.”

“Barak will not cross the threshold and could throw up to 100,000 votes away,” Lapid said. “That could be the difference between a win and a loss. This is not the time for running a party as a hobby. He should do the responsible thing and quit.”

Regarding developments in the Labor party, “We welcome any union that will prevent the loss of thousands of votes,” Blue and White said in a statement, adding that “Labor, headed by Peretz and Levy, will join the unity government that [they] will form.”

Likud commented caustically: “We continue not to interfere in how the Left divides its votes,”& the Likud said. “When we deviate from that – we’ll let you know.”